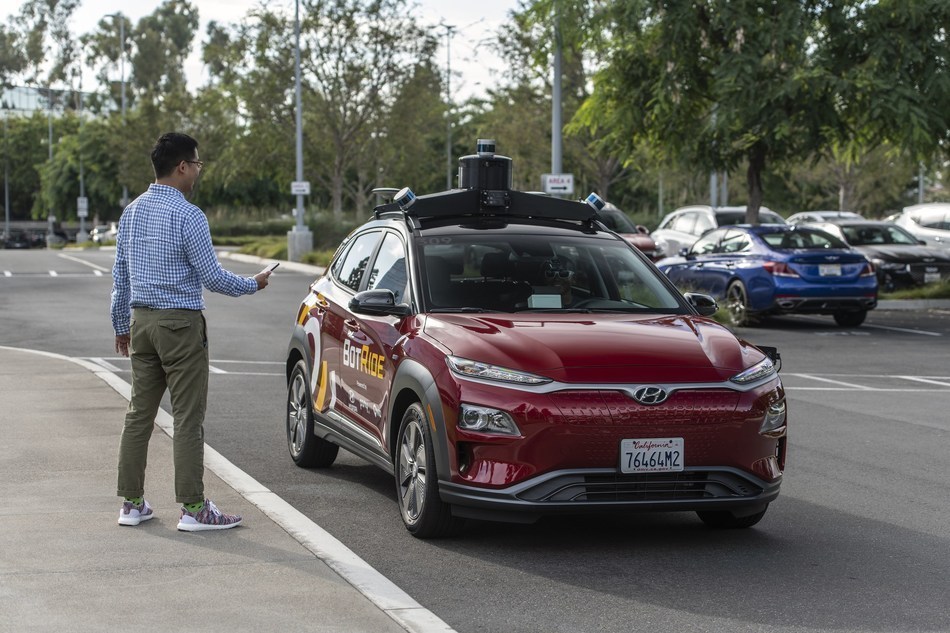 The California Public Utilities Commission is moving the Automated Vehicles (AVs) Program from pilot to deployment. This decision, made official during a November 19, 2020 CPUC vote, comes after much deliberation. The decision will bring California a few steps closer to realizing the sustainable, equitable, and safe transition to an automated vehicle future called for by our vision of a 3 Revolutions future.

California now joins Arizona and Illinois, as well as a number of other states and cities, in providing a green light for companies to operate AVs as taxis, or as ride-hailing vehicles summoned by smartphone apps. But California’s AV regulatory program is distinctly Californian, in that the green light to industry comes with considerable regulatory oversight that reflects a compromise between cities, advocates, and companies. In May 2020, we compiled a detailed background on the CPUC AV Program discussion, highlighting perspectives from the more than twenty stakeholders party to the CPUC proceeding, ourselves included.

Our take on the pros and cons of this decision

Questions remain about where AVs will go from here. But this decision does give the Golden State a more definitive policy architecture for how passenger service in AVs will be regulated. It is designed to balance the preferences of industry- who favor a more laissez faire approach that they argue would encourage innovation – with the preferences of cities and advocates who tend to favor stricter guardrails with more regulatory controls. However, the details make these preferences more clear, and we expand below on some of the topics that warrant additional discussion.

There was a consensus from the more than twenty parties involved in this proceeding that pooling is necessary for AVs in order to meet traffic and sustainability goals. A large body of research from UC Davis finds that sharing rides will be a critical part of ensuring the affordability and sustainability of AVs. The research suggests that it may not be enough for policy makers and practitioners to tolerate or allow pooling – they may need to champion or incentivize it.

Also worth pointing out is the interplay between this decision and California Air Resources Board (CARB) regulations that would encourage reducing miles traveled on a per passenger basis, which inherently is intended to encourage pooling. This decision to move forward is correcting a glaring regulatory inconsistency that had the CPUC working against CARB priorities. More on that in the section below on California’s Regulatory Family Tree.

The CPUC has chosen to forgo setting standards or goals for accessible service in this November decision. According to the Disability Rights Education & Defense Fund (DREDF), by their definition twenty percent of the U.S. population qualifies as disabled. Numerous parties to the proceeding commented that universal design principles would ensure equitable service. DREDF published a checklist outlining accessibility options for ensuring that human and machine interfaces (e.g. apps to hail a car, user-enabled remote destination selection, etc.) and hardware (e.g. wheelchair ramps, accessible door handles) are considered.

Instead, the CPUC has chosen to allow autonomous mobility companies to interpret and implement accessible service at their discretion. This light-touch approach will only require the companies to submit reports that address what types of accessible service the companies are providing. However, omitting specific standards could lock in vehicle and infrastructure design that perpetuates an inadequate status quo. That is, both vehicles and infrastructure have been designed primarily for people without disabilities, leaving modifications for those with disabilities to be done after the fact, and making them expensive and failure-prone.

If the CPUC instead encouraged universal design from the beginning of this emerging industry, California could enable better accessibility and avoid persistent non-compliance with the Americans with Disabilities Act.

Data sharing is a good area for the CPUC to take on a strong role, and it is well positioned to keep a close eye on AV operators and make informed decisions going forward. The decision to require data sharing from AV operators sends a clear message that the CPUC will be closely monitoring this industry as it moves from infancy to maturity. For example, the CPUC will track electric vehicle charging events and locations, which will allow regulators to understand the energy footprint of electric AVs.

But industry representatives raised some concerns that this is a cumbersome data requirement that could be time consuming for operators, and may even deter EV use among some AV operators.

The agency also took steps to protect privacy by requiring that individual trip data be reported in aggregate terms, listing each trip’s census tract rather than specific coordinates of origins and destinations. This is less data than is currently collected by the City of Los Angeles from companies that deploy scooters. L.A. uses the Mobility Data Specification (MDS), which shares disaggregate data using a two-way exchange of data between operators in real-time. To preserve privacy, only select city officials have access to this platform.

Data enthusiasts from L.A. and elsewhere have submitted comments to CPUC that they would prefer a system more like this for AVs – they want more data, but to preserve privacy they would accept restricted access. However, other cities, most of the AV companies, and privacy advocates are more reticent about sharing this level of data, and this side won the day. The CPUC will require more aggregate data, and make that data publicly available.

On one hand this decision safeguards data security for users – because data breaches aren’t as much of a concern if the data is aggregated effectively. But aggregate data also blunts the utility of collecting it, and makes mapping or visualizing more difficult. (See our issue paper for more information on the topic of mobility data sharing.)

How this decision hangs within the regulatory family tree

The CPUC is tasked with making decisions about passenger service, not vehicle safety, but there is a regulatory dance among the issues. For example, CARB is tasked with developing an emissions reduction regulation for passenger service AVs that would align with regulations designed to reduce emissions from existing ride-hailing services that use drivers. This regulation originates within CARB, but will move to CPUC for tracking and implementation, although the details of this relationship are still being resolved. On the national stage there will also be some push and pull.

The DMV establishes vehicle safety for AVs – but the state’s DMV only chose to take a more active role in regulating AVs due to a leadership vacuum at the National Highway Safety Administration (NHTSA), which only calls for Voluntary Safety Self-Assessments from AV companies. If a new Biden administration dictates federal purview over efforts from DMV and CPUC, such as developing mandatory safety reporting requirements, it’s possible that CPUC will have to pivot to comply with whatever those federal rules are.

Mollie D’Agostino is the Policy Director of UC Davis’ 3 Revolutions Future Mobility Program and Prashanth Venkataram is a postdoctoral researchers at the UC Davis Institute of Transportation Studies.