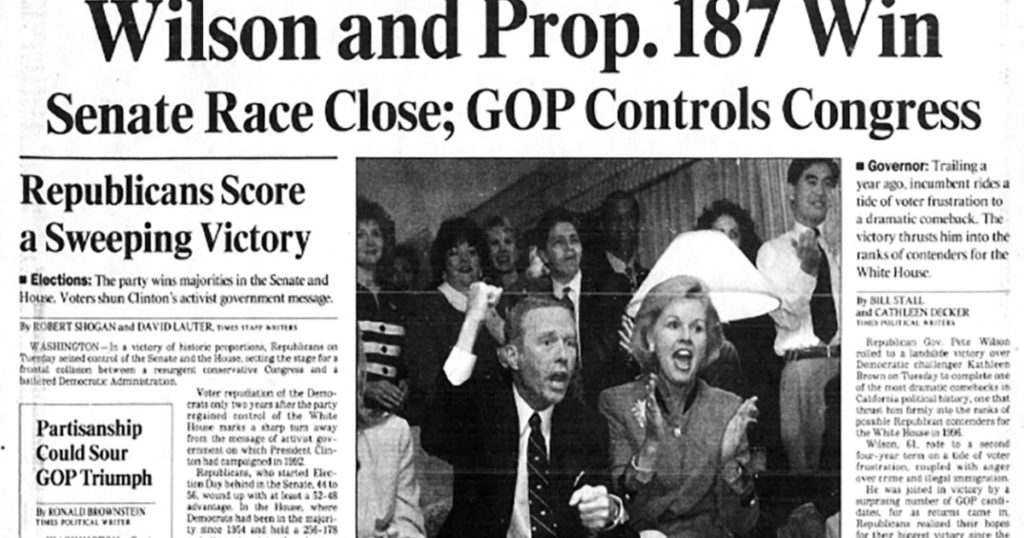 California’s Proposition 187 won alongside Gov. Pete Wilson in the 1994 election. But the victories proved to be a double-edged sword. Wilson, who had aspirations to run for higher office, never won another election. And although Proposition 187 eventually was declared unconstitutional, torpedoed the California GOP and inspired many Latinos to get involved in their communities, it also laid the political groundwork for successful xenophobic campaigns nationwide. That paved the way for Donald Trump to win the U.S. presidency in 2016.

This is Part Three of our rerun of the L.A. Times-Futuro Studios 2019 podcast series “This is California: The Battle of 187,” about the 1994 California ballot initiative that sought to make life miserable for undocumented immigrants but instead radicalized a generation of Latinos in the state.

Prop. 187 flopped, but it taught the nation’s top immigration-control group how to win

Listen to more episodes of The Times here