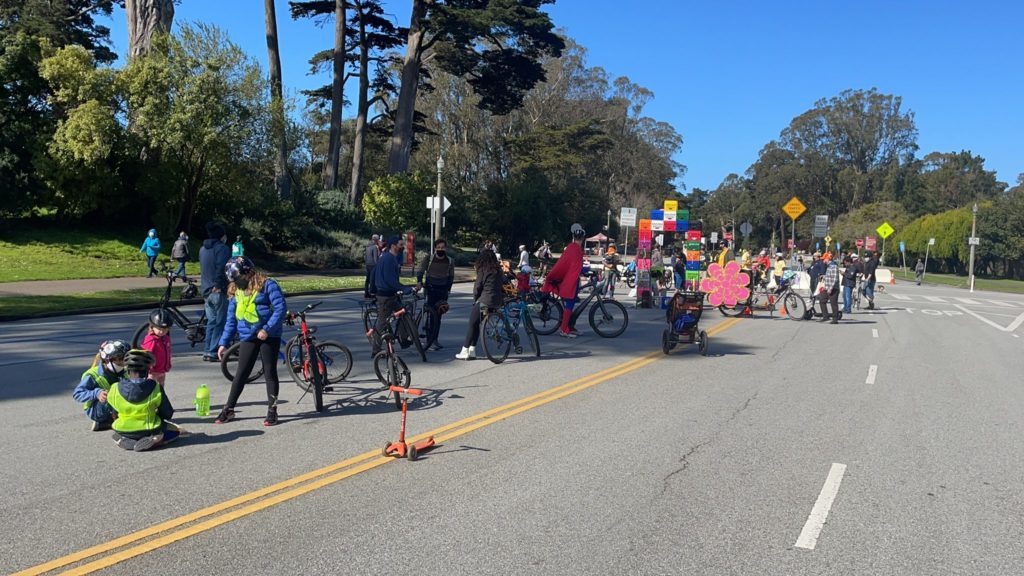 Yes, you read that right.

As reported by the San Francisco Chronicle, Walton kicked things off at Tuesday’s meeting of the San Francisco County Transportation Authority board, on which he sits: “So when we look at segregationist policies like closing JFK to Bayview, Mission, Lakeview, Excelsior communities, that shouldn’t even be considered,” he said, “We need to allow Black and brown and all communities of color complete access again now that we’re in the orange tier.”

Supervisor Walton as your constituent in Bayview I vehemently disagree with your position on JFK. No resident of the city has their access to the park denied because of the closure. If anything it has opened up the park more because now we can feel safe biking there!

Walton was supported by Safai and Chan.

If you’re confused as to why closing a portion of JFK to cars (a segment of the street that runs inside the park) is tantamount to keeping BIPOC motorist, or any other drivers, from getting to the park, you’re not alone. Advocate, researcher, and Streetsblog contributor Marcel Moran points this out in a tweet containing the map below (note only the magenta portion is car-free JFK) and the yellow portion plus alternate streets all come with free parking (plus there are parking structures in the park):

Additionally, the car-free portion of JFK is paralleled by Fulton, Lincoln, Kezar, Pelosi, and, of course, Martin Luther King. Surely Walton, Safai, and Chan recognize the irony of what they’re saying: it’s segregation to force motorists to access the museums via the street named after the man who lead the fight against actual, vicious, evil segregation? It’s not that segregation doesn’t continue in many forms, as Streetsblog has covered. But when it comes to car-free JFK, Walton, Safai and Chan are being willfully ignorant not just about the dark history of American segregation, but San Francisco geography.

JFK is a street where cyclists are regularly injured and sometimes killed. Forcing motorists to use MLK etc. is an attempt to stop the carnage. That’s what this is about. And whatever careerist political maneuvering you’re up to or constituency you’re cowing to, supervisors, just know the kind of nonsense you’re propagating delays important safety work. And that gets people killed.

Streetsblog suggests readers take a look at the Twitter thread to fully unpack the strangeness of the supervisors’ assertions. And refer back to previous reports for more on the history of the de Young museum and opposition to car-free JFK.

For now, supporters of a safe JFK drive can continue the fight. Click here for talking points and how to call each of the three Supervisors and insist they keep JFK car free.

Streetsblog has reached out to Walton’s office for clarification and will update this post.