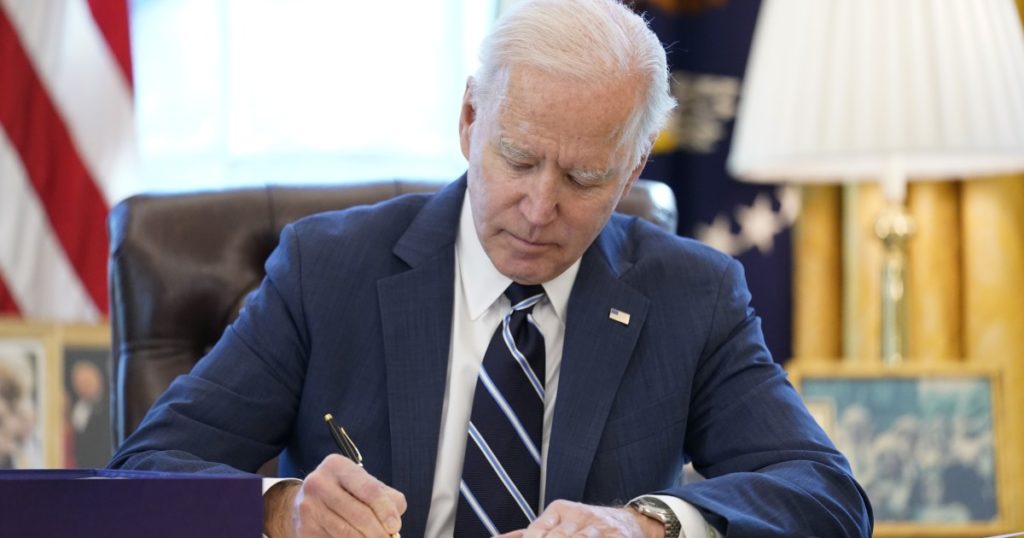 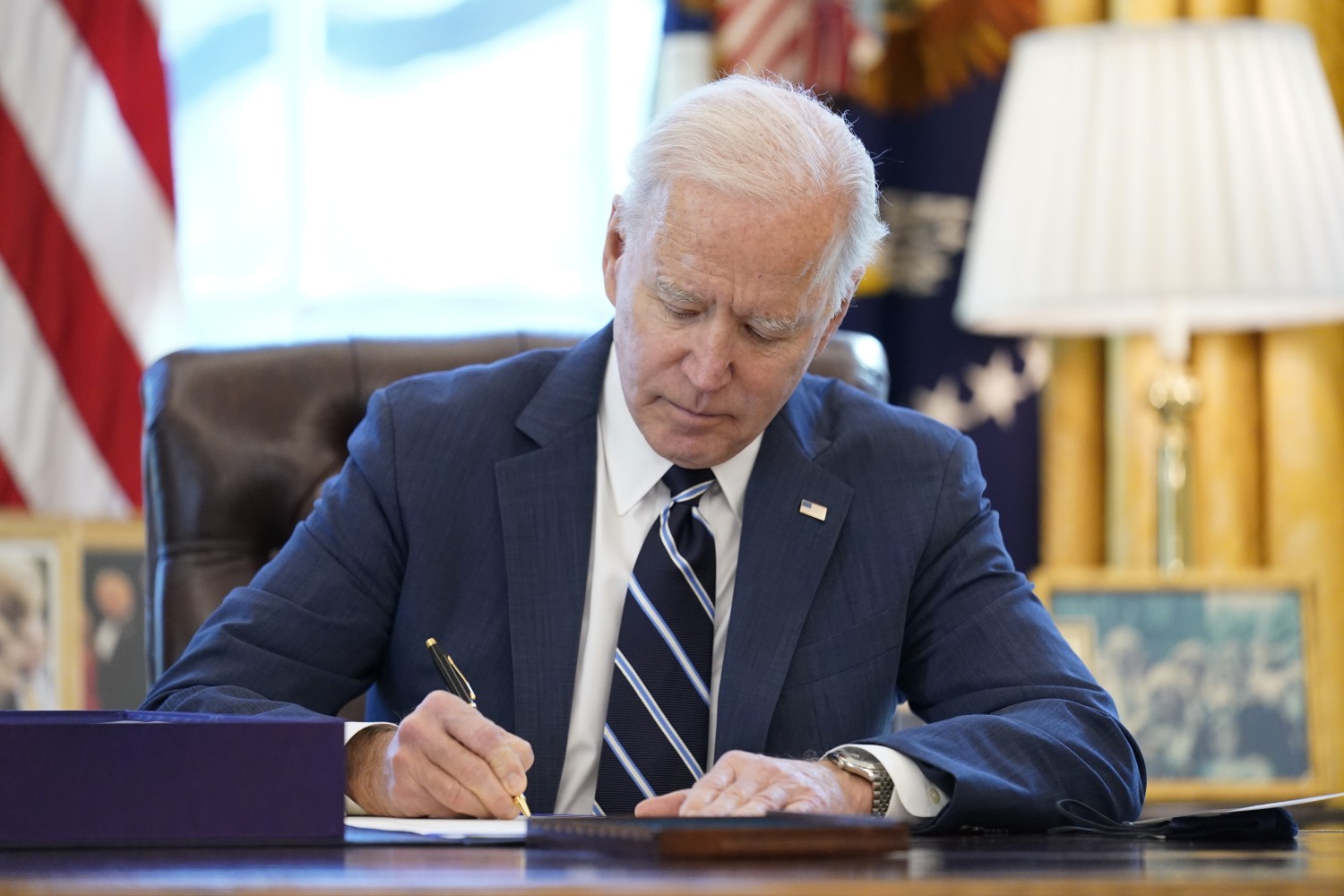 “This historic legislation is about rebuilding the backbone of this country and giving people in this nation, working people, middle class folks, the people who built this country, a fighting chance,” Biden said after signing the bill in the Oval Office.

Biden, who is set to address the country at 5 p.m. (Pacific) in his first Oval Office address, had planned to sign the legislation into law Friday. But the president and his advisors, who emphasized the urgency of delivering $1,400 direct relief checks and extended unemployment benefits throughout the legislative process, announced just after 9 a.m. (Pacific) Thursday that they didn’t want to wait any longer.

“The enrolled bill arrived last night — so @POTUS is signing it today,” Chief of Staff Ron Klain tweeted just after the White House added the Oval Office signing ceremony to the daily schedule. “We want to move as fast as possible. We will hold our celebration of the signing on Friday, as planned, with Congressional leaders!”

White House Press Secretary Jen Psaki said after the signing, “People can expect to start seeing direct deposits hit their bank accounts as early as this weekend.” She called it “just the first wave” of payments that would continue over several weeks.

The American Rescue Plan, which comes just months after a $900-billion that stimulus lawmakers approved late last year, amounts to one of the biggest government relief efforts in the country’s history. Ratified Wednesday by the House after passing the Senate on a 50-49 party-line vote last week, the legislation is more than twice the size of the $787-billion 2009 American Recovery Act.

Its enactment comes one year to the day since the World Health Organization declared the coronavirus outbreak a pandemic. The outbreak has devastated the economy, costing some 10 million jobs and claimed more than 529,000 lives in the U.S.

Despite having earned no Republican support, the stimulus package is broadly popular with the country, with three of four Americans supporting its passage, according to recent polling.

The legislation, which Biden signed on just his 51st day in office, provides $1,400 direct payments to individuals making up to $75,000 annually, $350 billion in aid to state and local governments and $14 billion for vaccine distribution. It also provides $130 billion to for schools to assist with safe reopening.

It also includes an additional $300 billion in weekly jobless benefits through September and an expanded tax credit of up to $3,600 per child, initially distributed in monthly installments.

Biden and Vice President Harris are also planning to hit the road starting next week to tout the benefits of the package. Biden plans to travel to Bucks County, Pa., on Tuesday. Harris, meanwhile, will hold events next Monday and Tuesday in Las Vegas and Denver, respectively. Biden and Harris will also make a joint appearance in Atlanta on March 19.