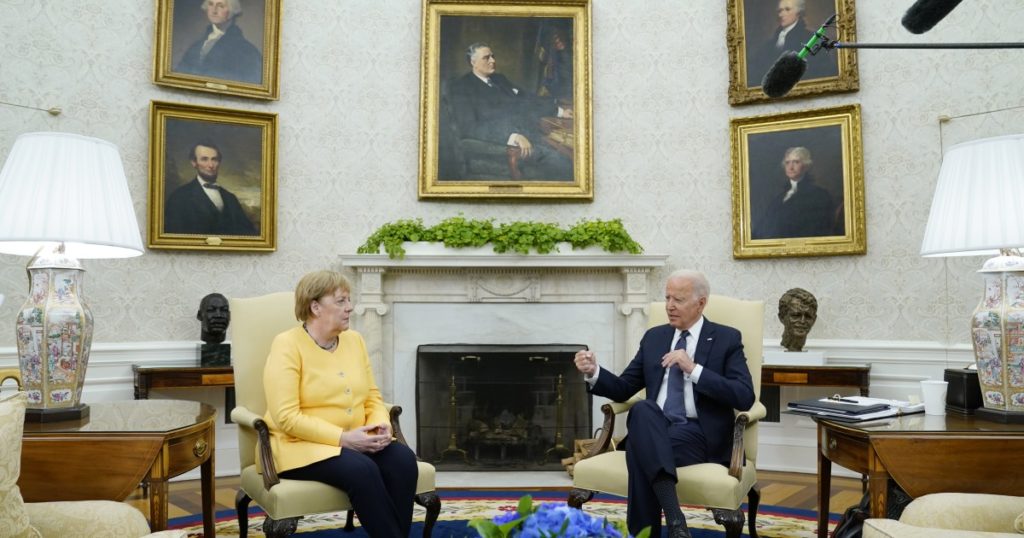 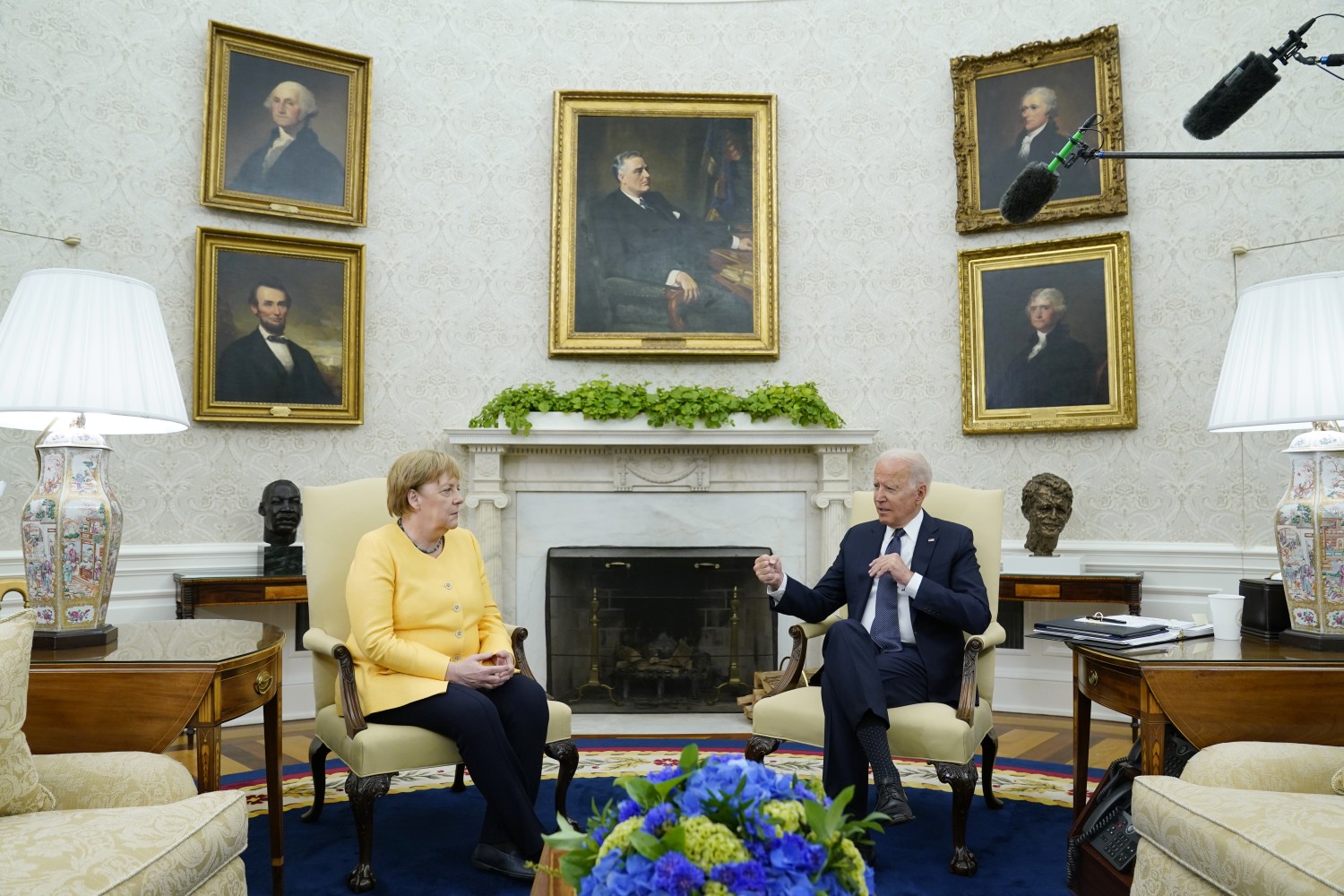 President Biden welcomed German Chancellor Angela Merkel to the White House on Thursday for what will likely be the final visit of one of America’s foremost allies before she leaves the post she’s held for 16 years, through four U.S. presidencies.

The two leaders, whose countries are pillars of the transatlantic alliance, are set to discuss a range of issues where they have common ground: climate change, the COVID-19 pandemic and security challenges in Afghanistan, Libya and eastern Europe.

But they are also looking to bridge two gaps between them, involving the Russian Nord Stream II gas pipeline, which the United States opposes, and the administration’s desire for Germany to take a tougher stance toward China, its largest trading partner.

Biden called Merkel “a great friend, a personal friend, and a friend of the United States” in comments to reporters as the two leaders began their meeting. She responded, “I am very much looking forward to deepening the relationship again.”

Biden and Merkel, who began her day at a working breakfast with Vice President Kamala Harris, plan to sign a formal declaration for future cooperation on the array of global challenges, possibly including specific policies related to China.

The looming departure of Merkel, Europe’s longest-serving and most important leader, could complicate Biden’s efforts to renew multilateral relations with allies after their tensions with former President Trump, and to solidify the alliance as a bulwark against Russian and Chinese aggression. Merkel is expected to leave the chancellorship after German elections in September.

“She’s always infuriated her peers with her ambiguities, but in truth she was actually very predictable,” said Constanze Stelzenmüller, a Germany expert at the Brookings Institution, a Washington think tank. Merkel’s departure and replacement by a less experienced successor, she continued, “introduces an element of uncertainty at a time when allies would like to have more certainty in the capital of Europe’s anchor economy.”

On the issues that divide Biden and Merkel, he could be helped by the fact that German public opinion has turned against China and the Nord Stream II pipeline.

The pipeline, which bypasses the key gas route through Ukraine to connect Russia and Germany directly, could be completed by August but has become less popular given concerns about the likely risk from Russia to Ukraine’s security. Also, German intelligence officials have issued dire warnings about Russian and Chinese meddling in the upcoming election “at levels not seen since the Cold War.”

Merkel’s reluctance to confront China “has alarmed policymakers in Germany,” Stelzenmüller said. “Managing China’s rise will require using our considerable trade, technological and regulatory leverage to delineate clearer red lines. That is where Merkel has been overtaken by shifts in expert and also public opinion.”

On Nord Stream II, the State Department eased off the threat of sanctions over the project this spring, partly because the pipeline’s imminent completion rendered it a moot point. But Texas Sen. Ted Cruz and other Republicans have held up Senate confirmation of Biden’s nominee to head the CIA until the administration imposes sanctions against companies helping Russia’s state energy company on the pipeline.

Negotiations between Biden and Merkel could result in a deal, not to scuttle the project but perhaps to secure Germany’s agreement to compensate Ukraine somehow.

Despite pressure from Republicans in Congress, Biden has appeared eager to to find such a middle ground, Bremmer said. “He does not want to have problems with the Russians while he’s focusing on China, and he also wants to be seen as more aligned with the Europeans.”

Biden, who has met with Russian leader Vladimir Putin as well as Merkel, has invited Ukraine President Volodymyr Zelensky to the White House for a meeting this summer, though no date has been set.