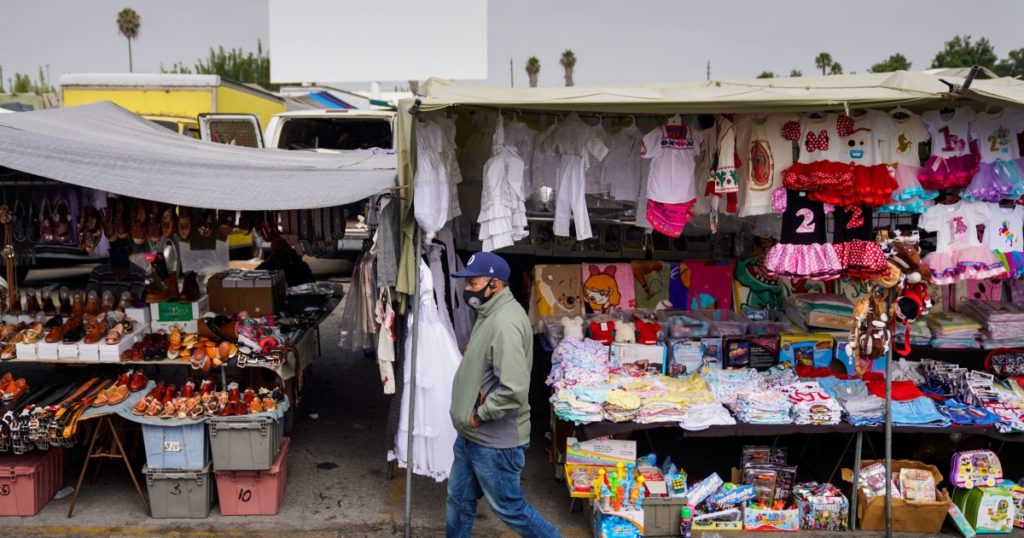 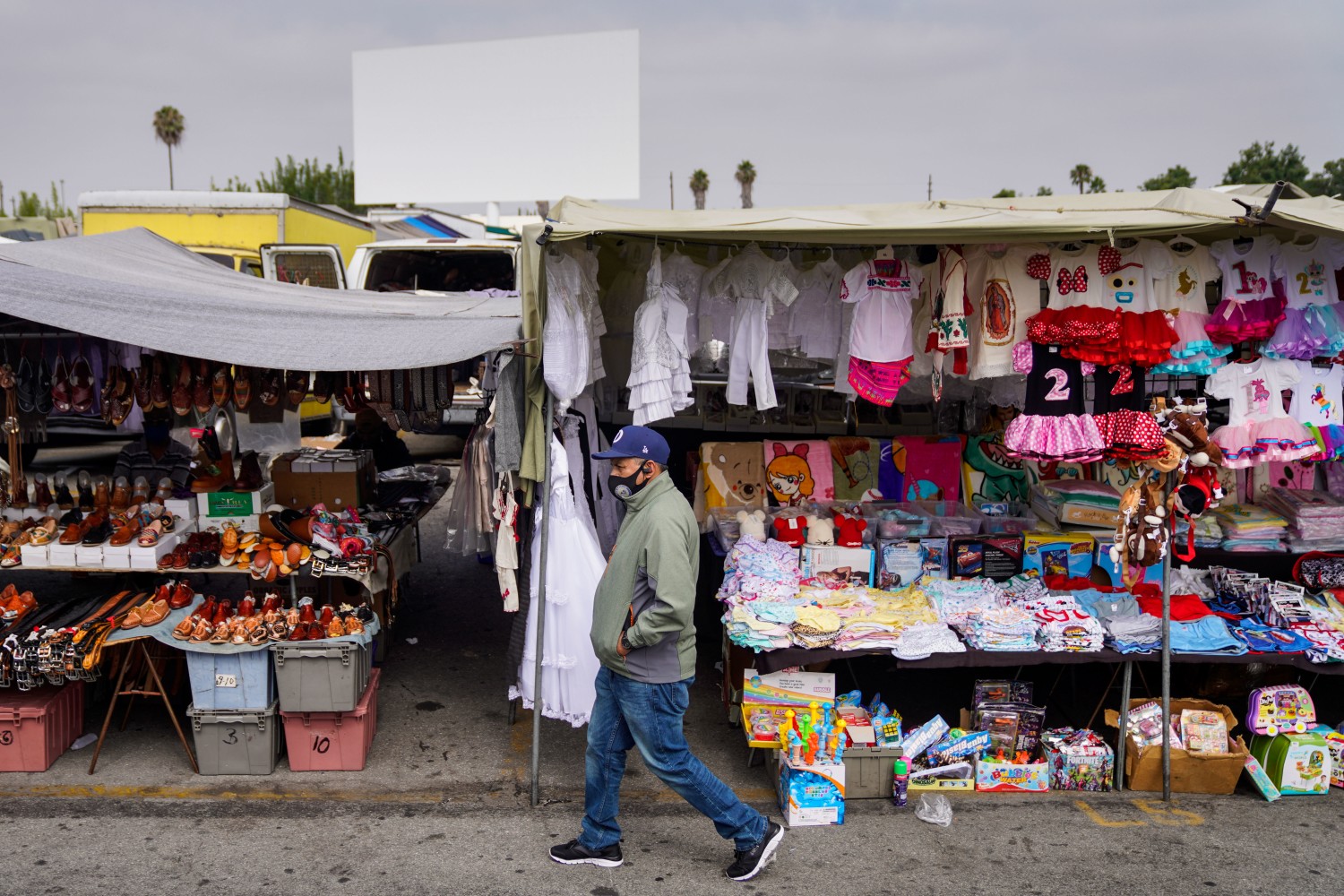 The federal government’s massive Payroll Protection Program, which has been a lifeline for small businesses hit by the pandemic, has become so mired in confusion and delays as money runs out that hundreds of thousands of applicants may get no help, especially in underserved minority communities.

During the first months after President Biden took office, his administration far exceeded its predecessor in channeling funds to vulnerable companies. But in recent weeks, as the program’s May 31 expiration date draws near, the agency responsible for it has been overwhelmed, and lenders can’t even be sure how much money is still available for loans.

As of Friday, only about $3 billion was left of the $800 billion provided for the program, according to congressional staff. And if conservatives in Congress continue to balk at more spending, companies that have struggled through the worst of the pandemic may hit the wall just as the health crisis is seeming to ebb.

Under the program, the Small Business Administration oversees lending by private banks to firms that meet the program’s criteria, with government guarantees for forgivable loans. The relief has been especially valuable for minority-owned businesses because they typically have fewer financial resources and operate closer to the margins than firms that are larger and better capitalized.

The current crisis arose when many banks were caught off guard by what they saw as the administration’s poorly communicated change in the rules on who could make loans. Hundreds of lenders found themselves cut off. Others were paralyzed, having no idea how much money remained available.

The upshot: With only a week before the program closes, the second and last round of relief is all but frozen for hundreds of thousands of small businesses.

Many of those now clamoring for help are the smallest companies, including sole proprietors who didn’t have the know-how, contacts or confidence to get in on earlier PPP distributions. A disproportionate number are operated by relatively inexperienced minorities and women who started up businesses and hired workers on a shoestring. Conventional commercial borrowing is often unavailable for small firms.

April James, a 42-year-old Black woman, had to shut down her clothing business in Los Angeles last year because she was unable to travel to New York to buy merchandise. James said she survived by working as a hairstylist, a side vocation.

It was only a couple of weeks ago that she started her loan application after she learned about the program from a friend. James was preparing to submit additional documents to Womply, an online PPP loan facilitator, when she was told there was no point — she’d have almost zero chance of approval now.

“By the time I caught up to what I need to apply, then boom-bam-bam, they announced they ran out of funds,” said James, who was hoping for just a couple of thousand dollars to get her business back on its feet. “Where do I fall into this? People like me are suffering.”

The PPP was launched as part of the $2.2-trillion economic relief measure that then-President Trump signed into law in March 2020, during the first pandemic surge. It was conceived as a novel effort to minimize layoffs and help small businesses stay afloat with low-interest loans that could be forgiven entirely if borrowers met certain conditions involving retaining employees.

The program was subsequently extended, and this year Biden and Congress replenished its funding to meet continued extraordinary demand.

More than 11 million loans have been approved over the past year, and experts say they’ve helped save millions of jobs. Although many firms received two loans, one in each of the two rounds, many minority businesses and those in low-income areas hit disproportionately hard by the pandemic were beaten to the punch.

The SBA says the pandemic has dealt a fatal blow to at least 400,000 small businesses, and many more are straining to hang on.

The agency is a relatively obscure one. Biden tapped Isabella Guzman, a former small business advocate for California Gov. Gavin Newsom, to lead it. After the Senate confirmed her in mid-March, she set out to expand outreach and to increase loans to those most in need, including businesses in rural and poorer communities. Statistics suggest she has met with some success.

Yet heavy demand — as well as this month’s start of a separate SBA grant program for restaurants — appears to have overwhelmed the agency’s capacity to process loans efficiently, according to lenders and congressional sources.

In an interview early this month, Guzman said the SBA’s portfolio had jumped from just $40 billion a few years ago to more than $1 trillion today because of the pandemic. She emphasized the administration’s commitment to equitable access but didn’t provide a figure for how much money remained.

“We don’t have the latest data published in terms of today,” she said, “but we know that the money will not last forever and, of course, expires by the end of the month.”

Although the SBA has been providing weekly updates that include total applications and dollars approved, the program’s balance has been a critical missing piece of data. Neither financial-industry nor congressional authorities could say for sure what was still available.

The move was aimed at giving priority to smaller institutions in underserved communities, but the SBA’s announcement blindsided many larger banks and facilitators such as Womply, which had to break the bad news to applicants.

And however well intended the new rules were, some of the participating community institutions themselves were caught flat-footed.

“In the past two weeks, there has been confusion about how much PPP funds are available,” Aissatou Barry-Fall, chief executive of the Lower East Side People’s Federal Credit Union in New York, told lawmakers last week. As a result, she said, she had to pull back on processing new applications.

The SBA “has reached out to urge us to continue accepting applications, but the delays in the approval process and our own capacity limitations prevent us from doing so,” she said at a House committee hearing on community development and minority lenders.

Guzman is scheduled to appear before Congress on Wednesday and is likely to be peppered with questions.

Congressional staff familiar with the PPP were at a loss as to why the agency hadn’t been clearer in communicating data and program changes with lenders and the business community. Lawmakers have received thousands of angry letters from small businesses.

Toby Scammell, chief executive of San Francisco-based Womply, said his company had about 1.6 million PPP applicants awaiting funding, many of them minorities and first-time applicants.

After screening them for eligibility, Womply submitted completed applications to its network of lenders. But the SBA’s action this month to limit new loans to community institutions means most of the 1.6 million would-be borrowers won’t get a penny, unless the PPP is replenished again — something that’s doubtful given Republicans’ complaints about excess federal spending.

“It’s an issue of basic access and fairness — 90%-plus have no shot,” said Scammell. Until recent weeks, he added, “the program had been working better than ever. It’s disappointing to see it’s being mismanaged in the final days.”

Applicants aren’t required to identify their race or gender, and many declined to do so. Previous analyses of PPP loan approvals by the Los Angeles Times and other organizations indicated that lending rates were higher for white businesses than for those operated by Latino, Asian or Black people.

But this year, the share of minority businesses receiving loans more than doubled from 23% in mid-January to 56% in late April, according to Womply. Through April, Womply found, about 2.5-million loan approvals went to minority businesses, mostly those with Black and Latino owners, accounting for 43% of all PPP approvals.

Everett Sands, chief executive of Brea-based Lendistry, one of the nation’s largest minority-led community development financial institutions, credits the SBA for focusing more on underserved areas. But the needs remain great, he said.

“I think the SBA could do a better job,” Sands added. “There could be more transparency.”