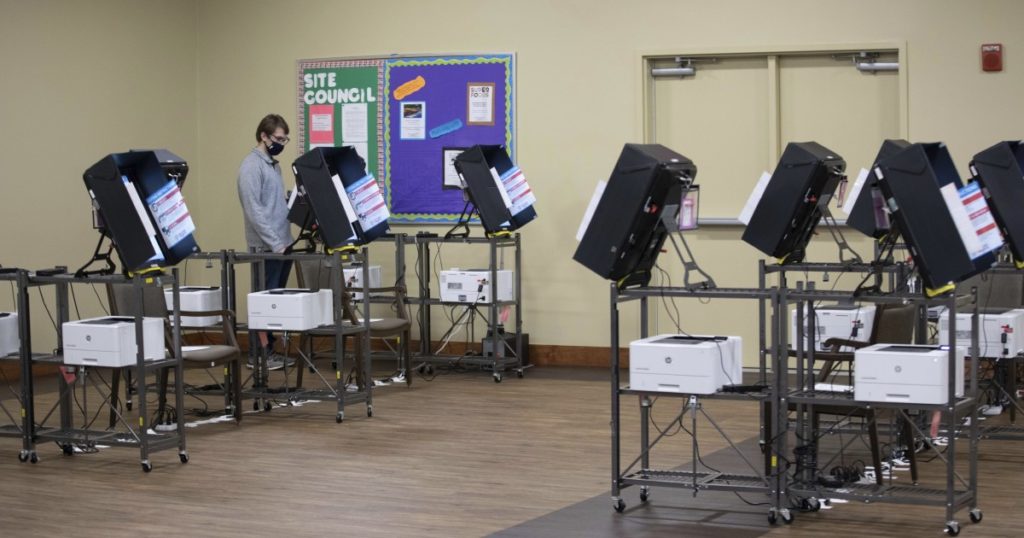 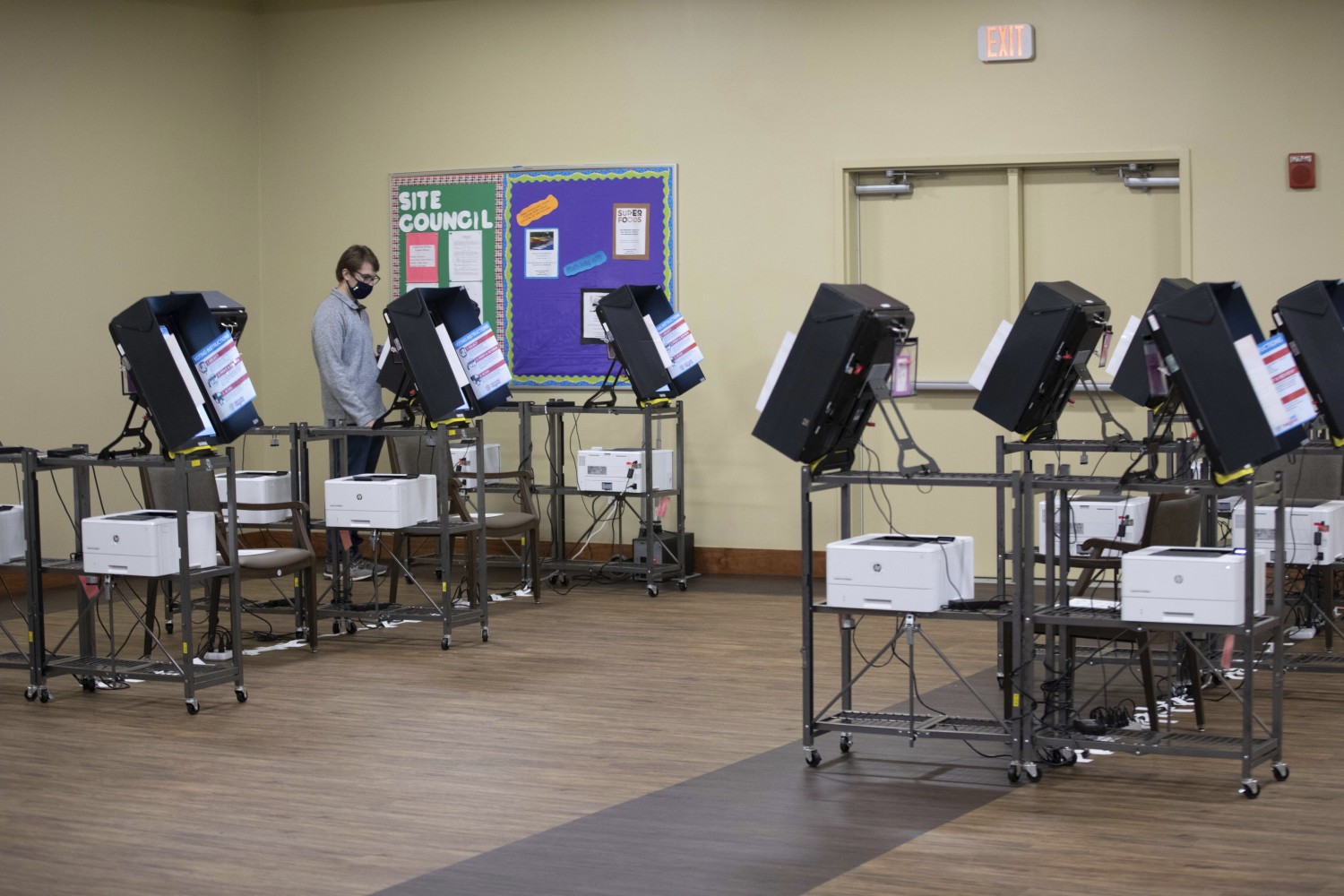 Voters began trickling into polling stations across this Southern battleground state Tuesday morning to cast ballots in a pair of high-stakes Senate runoff races that will determine the balance of political power in Washington.

Already more than 3 million Georgians have voted early — a record high in a Georgia runoff — in the special election between Republican Sens. David Perdue and Kelly Loeffler and Democratic challengers Jon Ossoff and the Rev. Raphael Warnock.

At stake is the makeup of the Senate: If Republicans win just one of the two seats, they maintain majority control of the chamber with the power to block President-elect Joe Biden’s agenda. If Democrats capture both, the Senate would be tied 50-50, with Vice President-elect Kamala Harris acting as a tie-breaking vote that would give control to Democrats.

After an intense two months of campaigning — with voters across the state bombarded with hundreds of millions of dollars’ worth of TV, radio and internet ads, billboards and mailers — strategists on both sides of the political aisle are nervous about election day turnout.

“2021 in Georgia has started a lot like 2020 ended — with a lot of chaos and uncertainty,” said Chip Lake, a GOP strategist. “We really don’t know what to expect.”

Going into the runoffs, most political observers in Georgia favored Republicans. Even though Biden narrowly won the state in November, the GOP Senate candidates performed slightly stronger than their Democratic rivals, and Democrats do not traditionally turn out in as high numbers in Georgia runoff races as Republicans.

But this has not been a typical election.

“Right now, Democrats are probably ahead based upon what the early vote looks like,” said Charles Bullock, professor of political science at the University of Georgia. “Republicans are down, but they can easily rise back up.”

Over the past two months, voter mobilization groups, such as the New Georgia Project, the Asian American Advocacy Fund and Mijente, took a different approach than during the general election. After working entirely remotely before November because of the pandemic, they upped their ground game for the runoffs and knocked on millions of doors in an effort to get voters of color to the polls.

After three weeks of early voting, turnout has been robust in many Democratic counties and lagging in the conservative region of northwest Georgia, according to Georgia Votes, a nonpartisan data website. Of the more than 118,000 voters in the Senate races who did not vote in the 2020 general election, more than half are people of color.

“We knocked on our 2 millionth door yesterday and we’re probably going to knock on a quarter of a million doors between now and when the polls open,” Nsé Ufot, chief executive of the New Georgia Project, said Monday. “I’m more and more convinced that there are persuadable voters and that this is going to be a close election, regardless of what happens.”

Republicans have been divided in recent weeks as Trump, unable to accept his November defeat, has sparred with Georgia elections officials and made a barrage of unsubstantiated claims of election fraud that some worry could deflate turnout.

On Monday, many in the GOP were still reeling from a Washington Post report based on an audio recording of a call Trump made Saturday to Georgia’s Secretary of State Brad Raffensperger, seeking to pressure him to “find” 11,780 votes to reverse Biden’s victory.

Gabriel Sterling, the state’s voting system implementation manager, took to a podium at the Georgia Capitol on Monday to debunk Trump’s claims of election fraud, which he said undermined Georgians’ faith in the election system.

“If you want your values reflected by your elected officials, I strongly beg and encourage you: Go vote tomorrow,” the Republican said. “Do not let anybody discourage you. Do not self-suppress your own vote.… Don’t let anybody steal your vote that way.”

Later in the day, Biden and Trump paid dueling visits to Georgia to inspire the party faithful to turn out.

“The power is literally in your hands,” Biden said at the Center Parc Stadium near downtown Atlanta. “By electing Jon and the reverend, you can break the gridlock that has gripped Washington and this nation.”

Trump had a more rambling message as he touched down in Dalton, a small city in a conservative region of northwest Georgia where voter turnout has been lagging. It was supposed to be a campaign rally for Perdue and Loeffler, but Trump spoke chiefly of his grievances about the general election.

“There’s no way we lost Georgia,” Trump told the cheering crowd. “There’s no way. That was a rigged election, but we’re still fighting.”

Polls close at 7 p.m., but political observers warn that it could be a while before all votes are counted. Counties are required to begin scanning early votes a week before election day, but they have to wait until polls close to count and tabulate them.

“I’d be surprised if the results make the 11 p.m. news,” Bullock said.

While Republicans are likely to present a strong showing early on election night, as they did in November, the margins could become closer in the early hours of Wednesday as results come in from Atlanta’s large urban and suburban Democratic counties.

For those with election fatigue, there is bad news: A recount is possible.

According to Georgia law, the losing candidate can ask election officials to run the ballots through scanners again if the margin between candidates is within half of a percentage point.