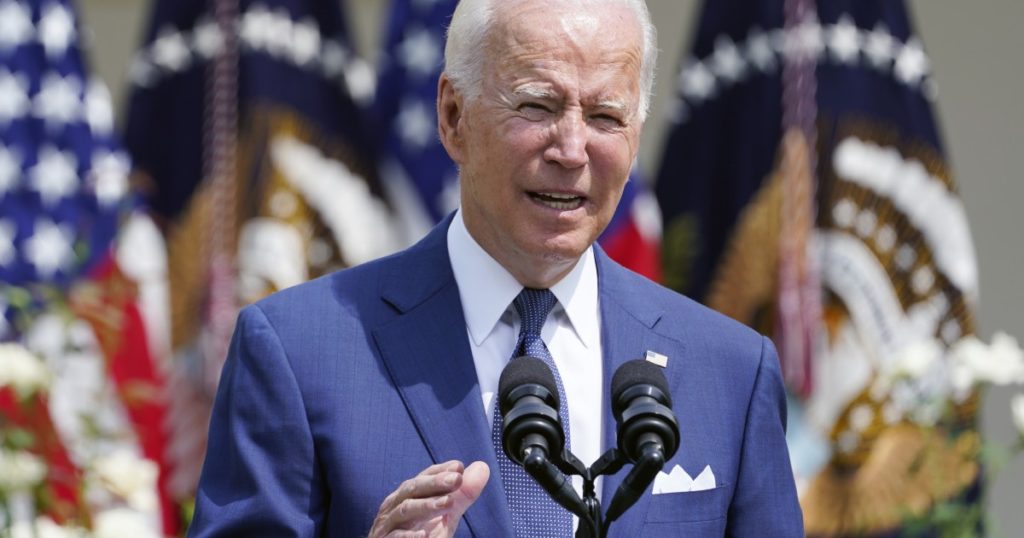 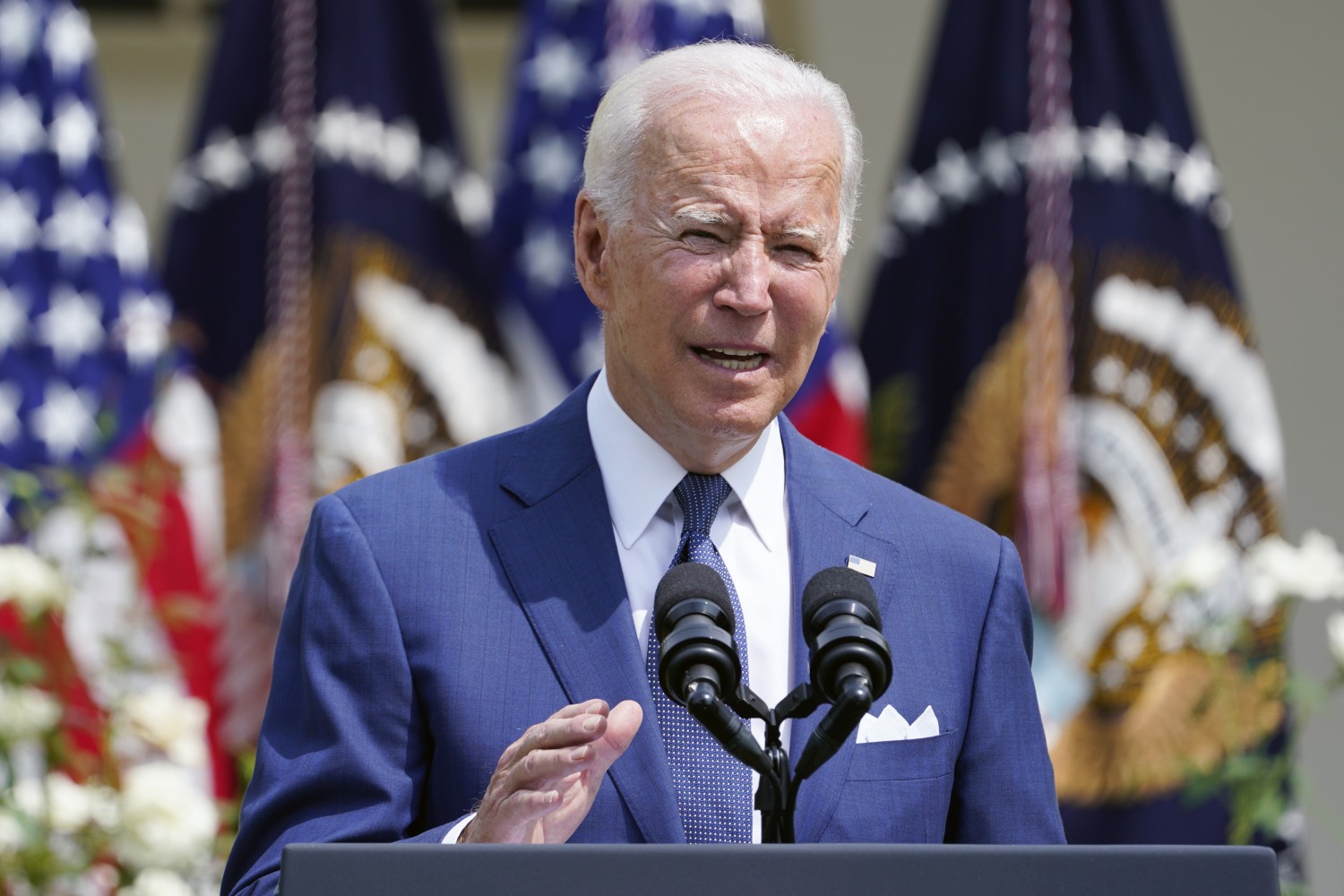 President Biden’s job performance rating among Californians has dipped slightly in recent months, even as his infrastructure and domestic spending plans register as highly popular, according to a new poll released Wednesday.

The survey from the Berkeley Institute of Governmental Studies, cosponsored by the Los Angeles Times, found that Biden still scores high marks in the state. He earned the approval of 59% of registered voters, down 3 percentage points from the previous poll this spring. Biden’s disapproval rating has ticked up marginally, from 34% three months ago to 37% today.

Californians’ views of the president are deeply stratified by party; 85% of Democrats approve of Biden, while just 11% of Republicans do. Biden received approval from 58% of voters with no party preference.

The decline in his rating is driven by modest dips in approval from Democrats and unaffiliated voters, who may be antsy to see progress on his legislative agenda.

After Biden successfully passed a COVID-19 relief package in March, “there was a sense of momentum, that Biden is going to break through the gridlock,” said Eric Schickler, co-director of the Berkeley institute. “Now a little bit of disappointment or frustration may be starting to settle in.”

While Biden is still keeping the vast majority of Democrats in his camp, the survey finds they are less intensely supportive of the president than his detractors are in their opposition. Half of Democrats say they strongly approve of his job performance, while 74% of Republicans strongly disapprove.

The public’s views of Biden’s vice president, Kamala Harris, has also slid over the last three months. The survey found that 49% of respondents approved of her performance in office, down 4 percentage points, and her disapproval climbed 5 points to 38%.

Her small lag behind Biden’s numbers shows that, even in her native California, Harris is a slightly more polarizing figure than the president.

One positive sign for Biden is the widespread appeal of his infrastructure plan and domestic policy agenda. More than three-quarters of Californians surveyed — including nearly all Democrats and 40% of Republicans — back the measure to address the nation’s transportation, water and broadband needs.

His second major proposal — a $3.5-trillion package to expand the social safety net, tackle climate change and expand Medicare — was supported by 72% of respondents, including overwhelming majorities of Democrats and no-party-preference voters and roughly a third of Republicans.

The survey found that slim majorities would still back those bills even if they did not get bipartisan support in Congress. Democrats and Republicans have been negotiating the smaller infrastructure package in hopes of reaching the 60-vote threshold needed to overcome a filibuster in the Senate. Democrats are expected to pursue the other spending package using a process called reconciliation, in which a bill directly related to the federal budget can pass on a simple majority vote.

With the Senate evenly divided between Democrats and Republicans, there has been increasing public focus on the filibuster and whether it should be altered or abolished. A plurality of Californians — 48% — said they would support changing the rule so that a majority vote would be enough to approve legislation, while 37% want the tradition to remain in place.

The opinions vary dramatically by party: Nearly 70% of Democrats want the rule to be changed, while 74% of Republicans say it should be kept as is. Politically independent voters are divided, with 45% wanting the rule to be revised and 37% supportive of the status quo.

Political leanings also shade how Californians view the effects of Biden’s COVID-19 relief package. Registered Democrats are far more likely than Republicans to see the stimulus package as directly helping themselves or their families. Latino and Black Californians saw more personal benefit from the legislation than white, Asian and Pacific Islander respondents, and those with lower incomes were also more likely to say the legislation helped them.

The Berkeley Institute of Governmental Studies poll, which was funded in part by The Times, was conducted online July 18-24 in English and Spanish. The poll surveyed 5,795 registered voters and has a likely sampling error of plus or minus 2 percentage points.