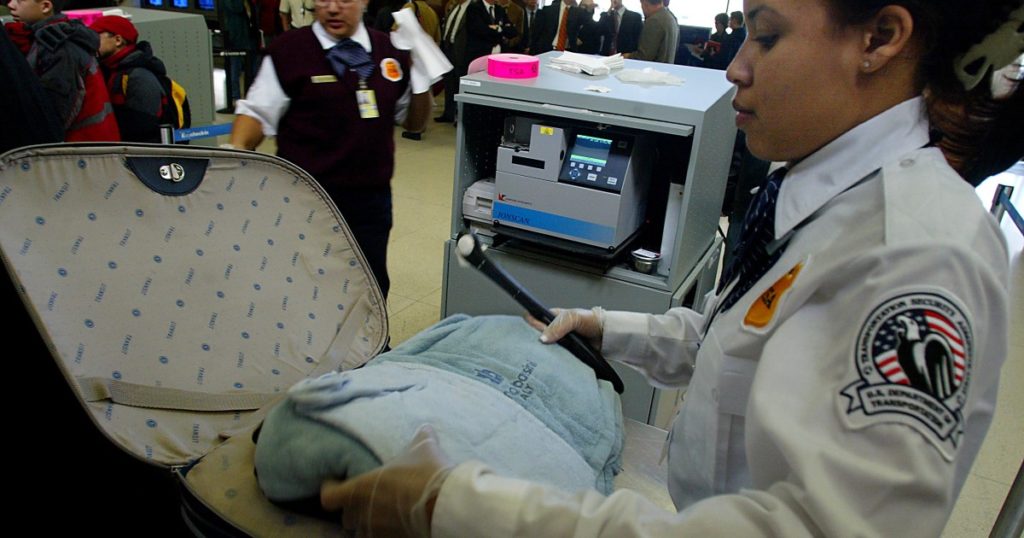 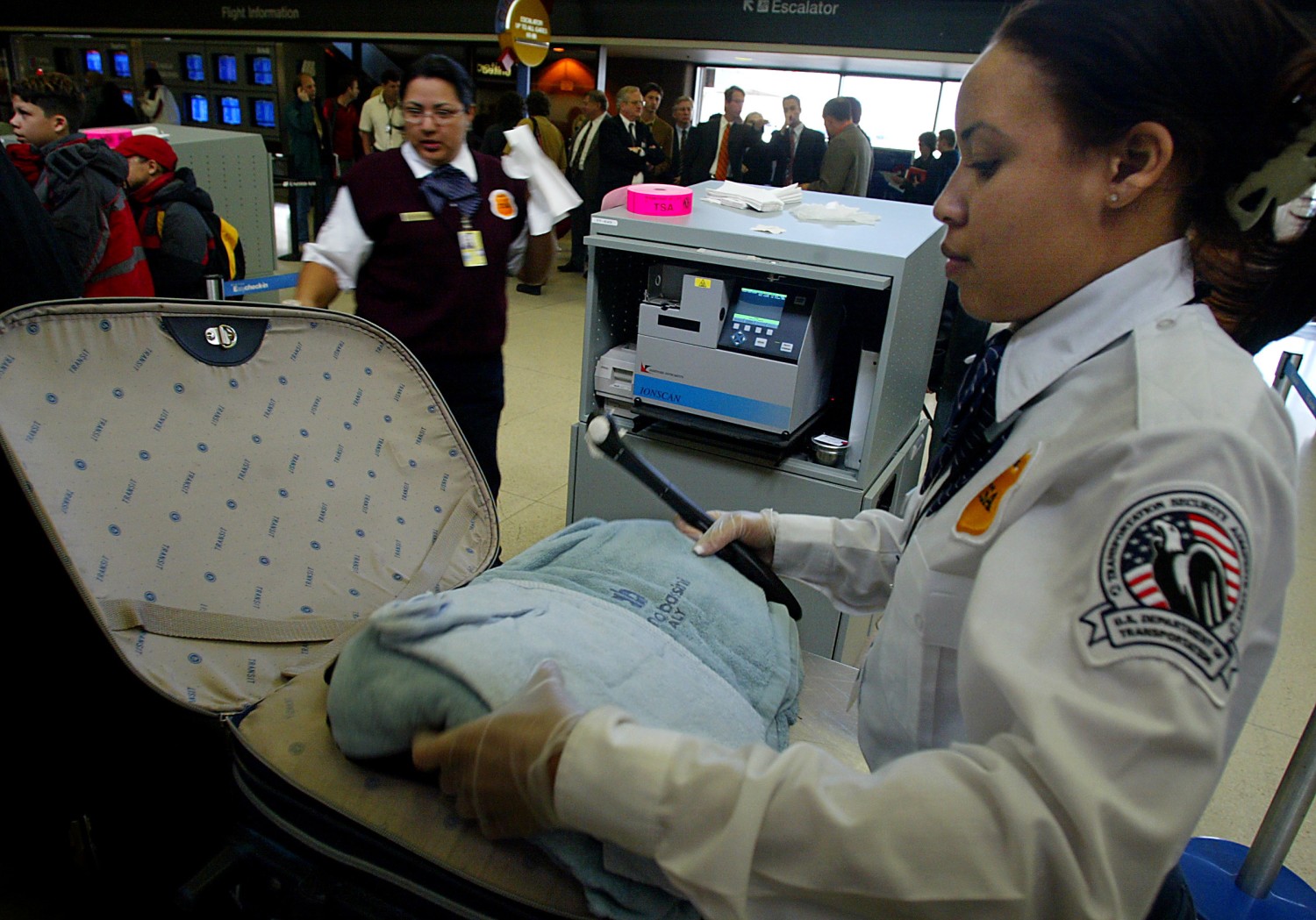 Two decades after the Sept. 11 terrorist attacks, a majority of Californians believe the surveillance laws passed in its aftermath were justified, while the state’s most conservative and most liberal voters are more skeptical, according to a new poll.

The survey from the Berkeley Institute for Governmental Studies, in partnership with the Los Angeles Times, found that the events of that day remain a vivid memory for three-quarters of the state’s voters, and nearly half say 9/11 has had a lasting effect on themselves or their families.

“It was a demarcation point in American life,” said Mark DiCamillo, the poll’s director. “Here we are 20 years later … going through long lines at the airport, increased security. It all stems back from that day.”

A sizable number of California voters say they have been improperly treated because of increased safety measures. One in four voters report being harassed during security screenings at airports, for example. There is little difference between how Democrats and Republicans say they have experienced mistreatment, but substantial difference among racial and ethnic backgrounds. Roughly 25% of white, Latino and Asian voters in California say they have been harassed, compared with 39% of Black voters and 51% of American Indian/Native American respondents.

Still, the findings show that the immediacy of 9/11 is beginning to fade from Californians’ collective memory. Although roughly 90% of Californians over 50 say they have a clear recollection of that day — when terrorists hijacked four airplanes to attack targets in the U.S. — the number dwindles to less than 20% among those under 30, who were children or not yet born when the assaults occurred.

Young Californians are far less likely to say the events of Sept. 11 had a lasting effect on themselves or their families. Overall, voters in the state were nearly evenly split; 47% said they or their families experienced an enduring effect from the attacks, and 52% did not.

Voters under 40 are also more wary of the federal laws adopted after the attacks, which gave law enforcement more authority to conduct surveillance of the public. Less than half of those younger Californians say the policies are justified, compared with majorities of voters age 40 and older, with support climbing to 75% among people over 75.

Overall, 56% of the state’s voters back such laws, and 22% say the measures are unjustified with another 22% holding no opinion.

Attitudes do not neatly conform to partisan leanings. Republicans and Democrats support the laws in equal measure (roughly 60%), and half of voters with no party preference say the same.

Voters on the extremes of the ideological spectrum — strong conservatives and strong liberals — are less likely than moderate voters to see the policies as justified. And the share of voters who had no opinion on the laws climbed as their level of education increased; 29% of those with postgraduate degrees said they had no opinion, compared with 9% who did not have a high school degree.

Such a pattern is unusual among the most highly educated respondents, who are more likely to hold defined views, DiCamillo said.

In this case, the merit of surveillance laws “is a more complicated issue,” he said. “It’s not a straightforward yes or no.”

The findings also underscore how some views about the lasting impact of 9/11 defy the trend of hyper-polarization that has crept into nearly every corner of American life. Although party affiliation has some influence on Californians’ perspectives, DiCamillo said it has “kind of a modest influence.”

“It’s there, but lurking in the background,” he said, a vast difference from most topics he polls on, where there’s “just unbelievable partisan differences on viewing the realities of American life.”

Similarly, Democrats and Republicans report comparable attitudes about how fears of a terrorist attack influence their behavior. Twenty-one percent of Democrats and 17% of Republicans say they have skipped going to a theme park, sports stadium or large entertainment venue because of such safety concerns; 1 in 5 voters with no party preference report the same.

California voters overall are divided as to whether the findings of the U.S. government’s investigation into the attacks have been fully divulged to Americans. Government transparency around Sept. 11 has been a simmering issue for the last two decades. In August, nearly 1,800 Americans directly affected by the attacks told President Biden not to attend memorial events if he did not declassify evidence they believe could link Saudi Arabia to the attack.

Last week, Biden signed an executive order paving the way for review and release of some classified 9/11 documents.

Although 54% of voters in the state believe the report from the 9/11 commission has made public all of the essential facts of who planned the attacks and how they were carried out, 43% believe significant details have still not been released. Belief that the government is withholding information is more pronounced among Republicans than Democrats, and the gulf is even wider between Trump voters and Biden voters. People who get their news primarily from social media are more likely to believe important information has yet to be released compared with consumers of other news sources such as television, newspaper and radio.

Starker partisan differences exist when it comes to views of how Muslim Americans have been treated after Sept. 11. Although a large majority of Californian voters overall believe that Muslim Americans experienced more public discrimination because of the U.S. response to 9/11, only 30% of Republicans believe that, compared with 78% of Democrats and 69% of voters with no party preference.

Party affiliation also colors views on the threats posed by Islamic extremism and opinions on the future of Afghanistan after the withdrawal of the American military.

Eighty-four percent of Republicans see radical Islamist groups as a major continuing threat to the United States, compared with 49% of Democrats. GOP voters are also more pessimistic about terrorist groups reconstituting in the Taliban-governed Afghanistan and using the country as a staging ground to mount attacks; 79% thought such a scenario was very likely to happen, a view held by 39% of Democrats.

A plurality of Californians — 44% — say the war in Afghanistan was justified in the beginning but America should not have been involved in that country for two decades. Roughly three in 10 voters believe the war was a mistake from the beginning, a position more likely to be held by Democrats and unaffiliated voters than Republicans.

Nearly 40% of GOP respondents say the protracted military intervention was necessary and it was wrong to withdraw, a view held by just 16% of Californians overall.

The Berkeley IGS poll was administered online in English and Spanish from Aug. 30 until Sept. 6 among 9,809 registered voters across California. The estimated margin of error is approximately plus or minus 1.8 percentage points.