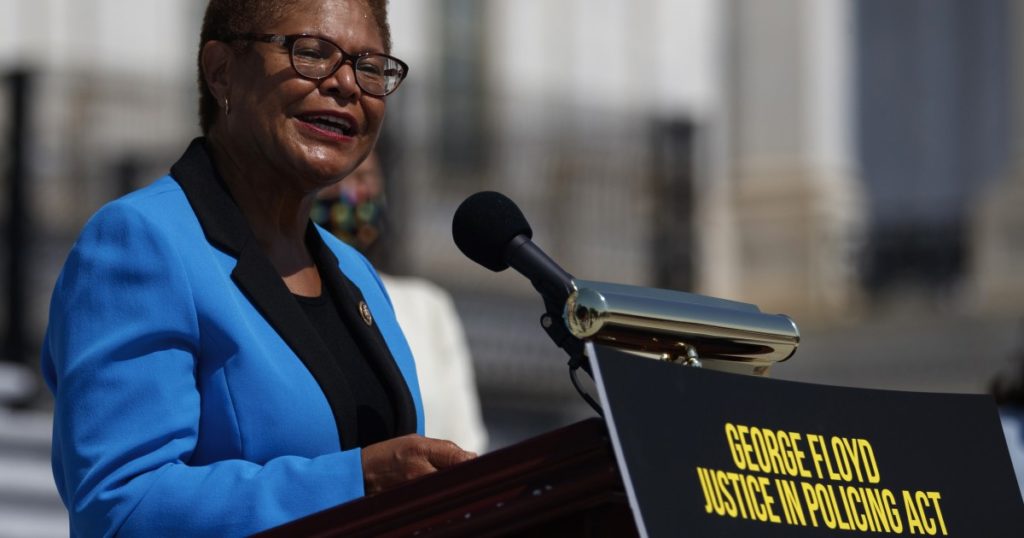 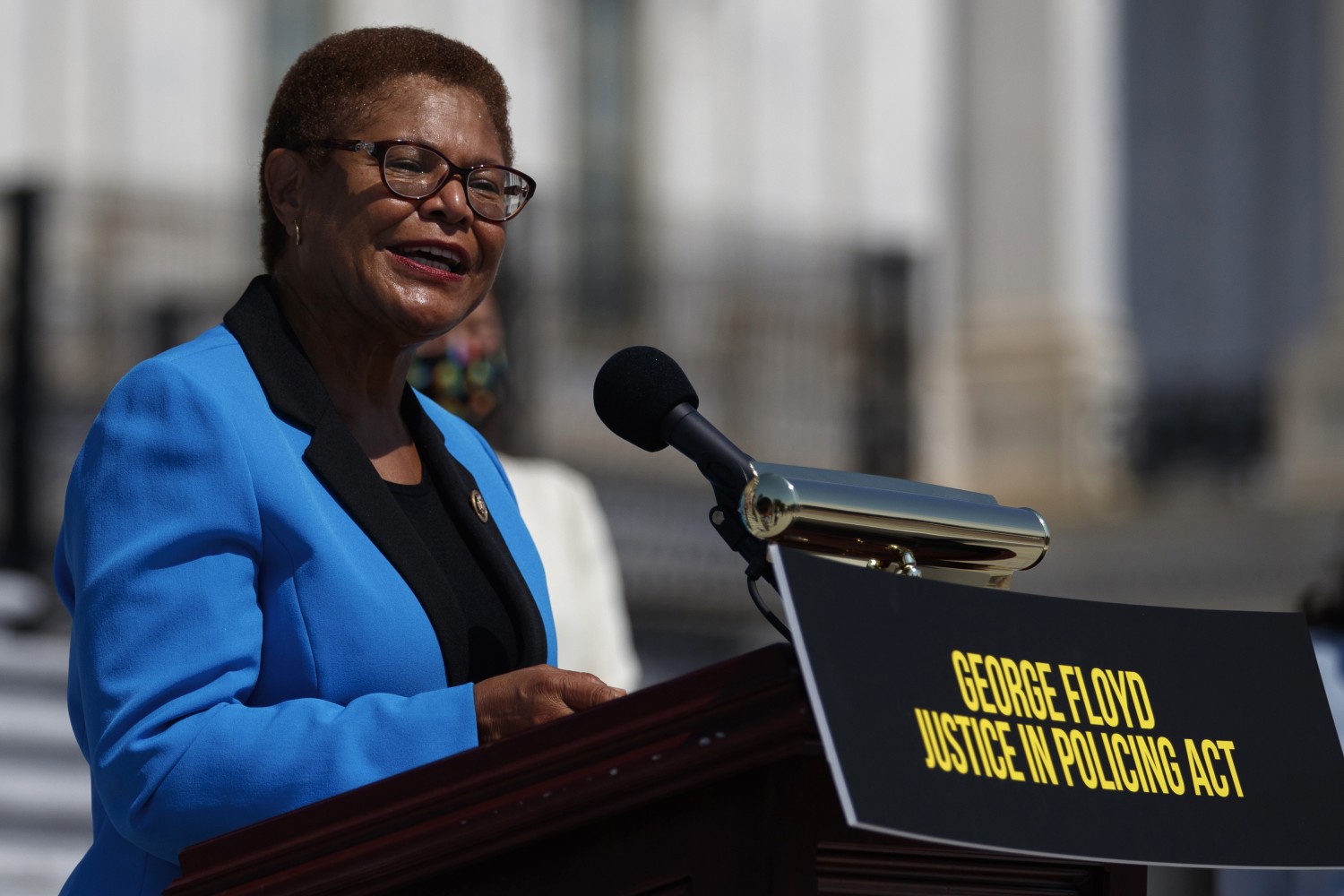 Although congressional negotiators remain optimistic about reaching agreement on a police-reform bill in the coming weeks, many of the same issues that divided Democrats and Republicans last summer when they first tried to pass policing reform after George Floyd’s murder remain as sticking points.

A counterproposal by Sen. Tim Scott (R-S.C.) would have made falsifying a police report a crime punishable by up to 20 years in prison and created two commissions to study the lives of Black men and boys and to review the criminal justice system. Democrats effectively killed that proposal, saying it didn’t do enough to reform legal doctrines like qualified immunity that make it harder for victims to file civil lawsuits over excessive force.

The two proposals had similarities. Both mandated increased reporting to federal officials on the use of deadly force, created databases of police misconduct records (though they disagreed on whether to make it public), increased the use of body cameras and promoted hiring officers who live in a community or represent its demographics.

But they differed in key areas, specifically whether to make it easier to sue law enforcement.

Congress didn’t revisit the issue until the start of the new session, with the House passing the George Floyd Justice in Policing Act again in early March. That kicked off negotiations between Bass, Scott and Sen. Cory Booker (D-N.J.) on a compromise version that could get to President Biden’s desk.

The three negotiators have remained quiet about what is being discussed, saying their party leaders have given them wide latitude to get something done and that negotiations are at a delicate stage.

The main unresolved issue appears to be how to change qualified immunity, which is a legal doctrine that protects state and local officials, including law enforcement, from individual liability unless the official violated a clearly established statutory or constitutional right.

Critics say qualified immunity gives officers impunity to use excessive force without the threat of accountability and prevents victims from getting justice. Supporters say it allows officers to make split-second decisions without having to weigh whether they could be held civilly responsible for the results.

Last summer, Republicans said any changes to qualified immunity were a nonstarter and that they wouldn’t support any bill that dealt with it. But this year, they’ve said they are open to a compromise that allows victims’ families to sue police departments, rather than the officers themselves. Scott suggested to reporters that Bass and Booker may be willing to accept that.

Democrats still want both officers and departments to be held liable, but Bass has indicated there is room for negotiation.

“We have to figure out a way to prevent these shootings from continuing to happen, and until officers are held accountable, there’s no reason to think they won’t happen,” Bass said.

Another sticking point is whether to lower the criminal intent standard in Section 242 of U.S. Code to make it easier to convict an officer of misconduct. Currently, a jury must agree that the act that caused a person’s death was done willfully. Democrats want to change that standard from “willfully” to “knowingly or with reckless disregard.”

Also unresolved is whether surplus military equipment should continue to go to state and local police departments under the Defense Department’s 1033 program, and whether there should be federal restrictions on police use of chokeholds and “no-knock” warrants, Scott said.

Hans Menos, vice president of law enforcement initiatives at the nonprofit Center for Policing Equity, said the focus on qualified immunity and how to punish officers who act inappropriately ignores the parts of the proposals both sides agree to that aim to prevent inappropriate behavior in the first place, like funding for improved police training and national policing standards.

“We totally need accountability.… But punishment can’t be the end all, be all,” he said. “We can’t just focus on what punishes people and expect things to get better.”

Despite the sticking points, lawmakers and advocates say the issue isn’t going away, in part because of the growing number of deaths caused by police currently under investigation.

Unlike in most other developed countries, the 18,000 law enforcement agencies in the U.S. largely set their own standards for police practices and training, UC Berkeley public policy professor Jack Glaser said.

“What we have right now is just a real vacuum at the federal level,” Glaser said. That means whether tinted windows is enough to warrant an officer pulling someone over, or whether a chokehold is allowed to subdue someone, or even if an officer carries less-lethal weapons depends on the town. Some departments focus on firearms training; others include bias and discrimination training.

Negotiators last summer blamed the proximity to the 2020 election for last summer’s failure, saying it was politically difficult for the Democrat-controlled House and Republican-controlled Senate to reach a compromise with an election just months away.

Democrats won the White House, but hold only a tenuous control of the 50-50 split Senate, far from the 60 votes needed to overcome a filibuster.

Democrats also hold a narrower majority in the House than they did last summer, meaning there is less wiggle room.

House Speaker Nancy Pelosi (D-San Francisco) said Bass is keeping her in the loop on the discussions, but she believes Bass, a longtime policing reform advocate, is the best voice for Democrats in the negotiations.

“I trust Karen Bass’ knowledge of the subject, but also her knowledge of the ramifications it would have on the people that we’re trying to protect, which is everybody in our country, including our law enforcement officers,” Pelosi told reporters. “I trust her to keep on the table what can be accomplished.”