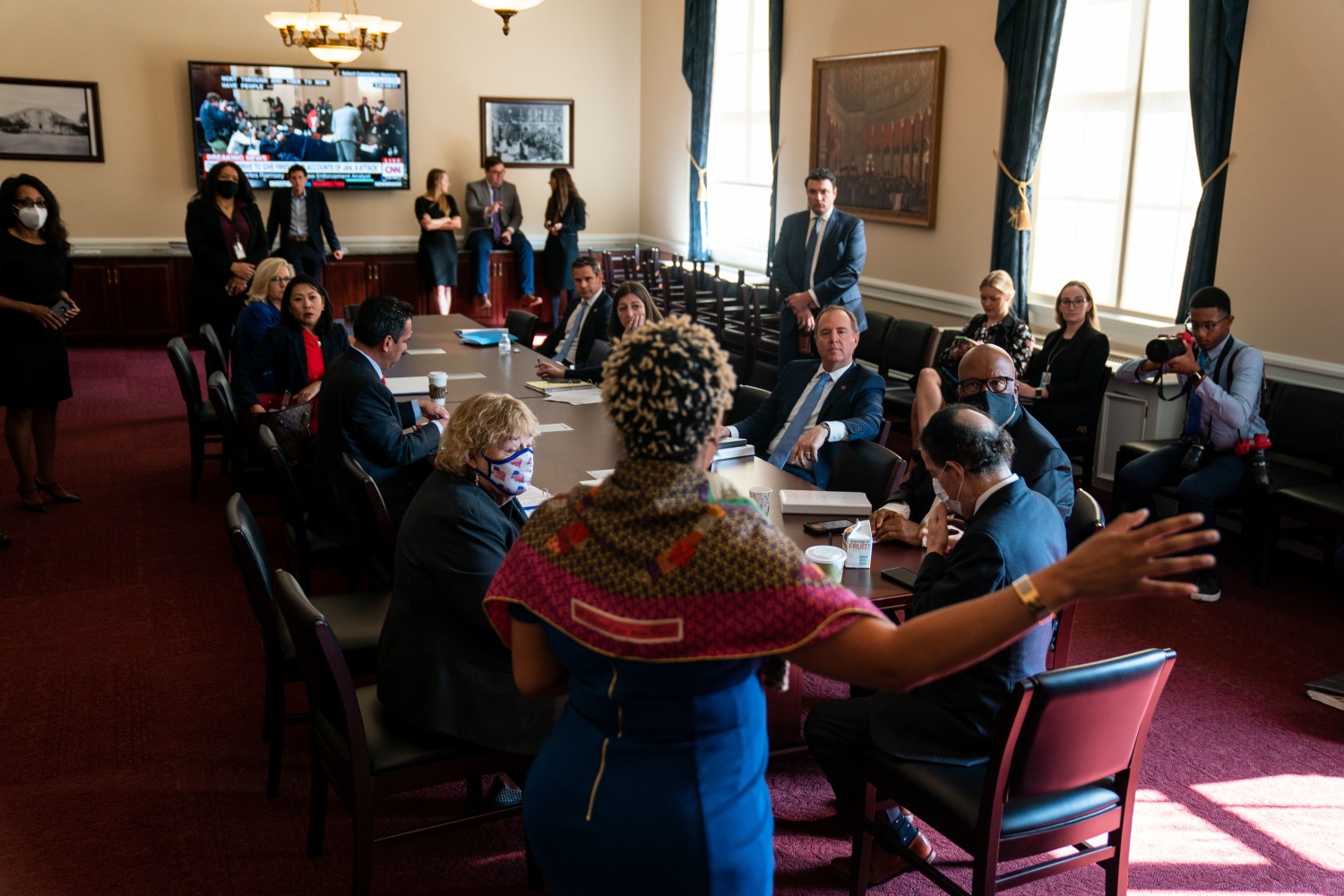 Four Capitol and Metropolitan Police Department officers on Tuesday recounted their experience fighting off the Jan. 6 insurrection at the U.S. Capitol during the first hearing of a new House committee investigating the attack.

“I recall thinking to myself, this is how I’m going to die, defending this entrance,” Capitol Police Sgt. Aquilino Gonell said. “I could have lost my life that day, not once, but many times.”

Dressed in uniforms, the officers struggled at times to deliver the emotional testimony and graphic descriptions.

At one point during a video presentation, Metropolitan Police Officer Daniel Fanone placed his hand on Gonell’s shoulder and whispered in his ear. Others dabbed their eyes with tissues, cleared their throats repeatedly and paused to drink water throughout their testimony.

Gonell said he was more scared on Jan. 6 than he was during his Army tour of duty in Iraq. He said when he arrived home at 4 a.m. on Jan. 7, he could not even hug his wife because his uniform was so soaked in chemical irritants he had been sprayed with. He faces multiple surgeries from his injuries and at least a year of rehabilitation.

Tuesday’s hearing, which was meant to set the tone for what is expected to be a months-long investigation, focused primarily on the officers and what they experienced fighting off the melee for several hours. Some Republicans, including former President Trump, have sought to downplay the event as a largely peaceful protest that got out of control.

“Even though there is overwhelming evidence to the contrary, including hours and hours of video and photographic coverage, there is a continuous and shocking attempt to ignore or try to destroy the truth of what truly happened that day and to whitewash the facts,” Gonell said.

Speaking for more than three hours, officers discussed seeing protesters carrying knives and metal batons, and breaking apart barricades to use the pieces as weapons. They recounted people in the crowd trying to gouge out their eyes and threatening to kill them with their own gun. They recalled fighting the rioters despite concussions and broken bones, being shocked with cattle prods and sprayed with wasp and bear spray.

Capitol Police Officer Harry Dunn said he received no warning of a threat from the chain of command when he took his post Jan. 6

“We expected any demonstrators to be peaceful expressions of 1st Amendment freedoms, just like the scores of demonstrations we had observed for many years,” Dunn said.

Hours later, after hearing repeated racial slurs from the mob, Dunn, who is Black, recalled performing CPR on one of the attackers, fighting to save her life in Majority Leader Steny Hoyer’s office.

Pelosi said the two men — Reps. Jim Jordan (R-Ohio) and Jim Banks (R-Ind.) — made past comments supporting President Trump’s lie that the election was stolen and downplaying the riot. She said their participation would compromise the integrity of the investigation.

At a news conference before the hearing, Republicans accused Pelosi of blocking the two members because she feared they would ask tough questions, saying the investigation is a sham with a preset outcome.

“Nancy Pelosi bears responsibility as speaker of the House for the tragedy that occurred on January 6,” said the third-most powerful House Republican, Elise Stefanik of New York.

Cheney said at the hearing Tuesday that not investigating the Jan. 6 attack would leave a cancer that would reappear every four years and threaten the peaceful transfer of power between presidents.

“Until Jan. 6 we were proof positive for the world that a nation conceived in liberty could long endure. But now Jan. 6 threatens our most sacred legacy,” she said.

Cheney said the question for Congress and every American is: “Do we hate our political adversaries more than we love our country and revere our constitution? I pray that is not the case.”

The committee has been instructed to examine what occurred before the attack, including if white supremacist groups coordinated the attack and what the Trump administration might have known in advance, how Trump’s repeated lies about the election may have inspired rioters, and what intelligence failures caused police to be underprepared and allowed attackers to take control of the country’s legislative seat of power for several hours.

At least 140 officers were injured — some permanently — and five people died either in the melee or in the hours after, including a police officer. Two officers died by suicide in the days after the attack. Damage estimates exceed $1 million.