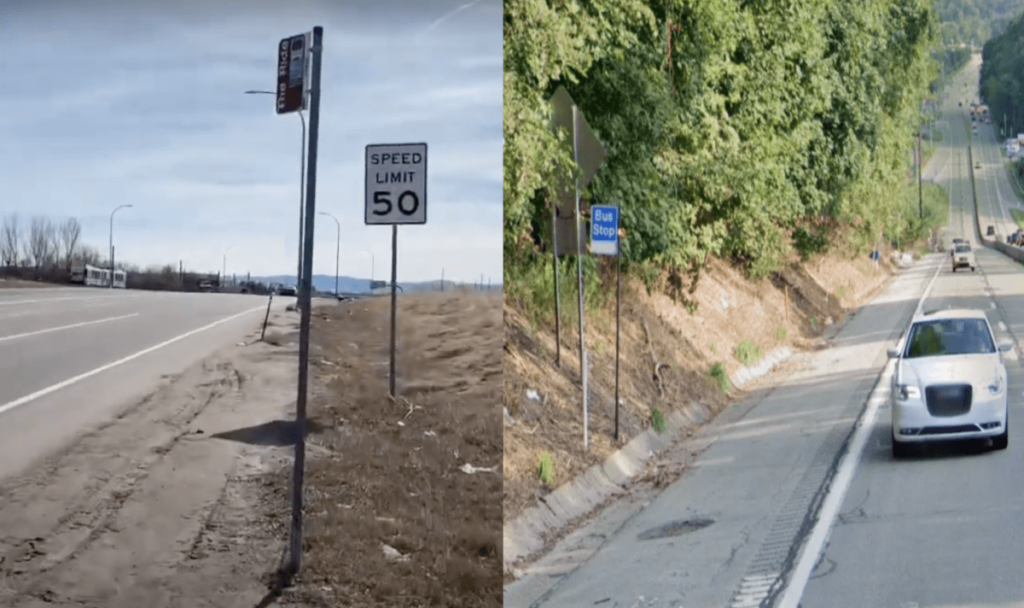 This is the fourth first-round matchup in the Sweet 16 round of our annual Sorriest Bus Stop contest (voting continues through Tuesday at 4 p.m. Eastern). In our previous first-round bouts, Narberth demolished Trenton, Quebec City advanced to the Abominable Eight with a complete destruction of Philadelphia and Queens devastated Lynchburg. You’ll find the full bracket at the bottom of the post.

Life is a highway — but if you’re trying to catch the bus on the side of one of these high-speed roads, you could end up dead.

Today, we’re taking a look at two sorry bus stops that pretty much force riders into ultra-fast traffic before they even get on board. And because highway-style roads are literally everywhere, both of these beasts are located in urban areas.

Pittsburgh’s Sloping Slap In the Face

Ok, we’re officially running out of alliterative synonyms for “embarrassment to all transit agencies the world over. This may interest you : Metro Proposes Delaying Service Restoration While Increasing Money for Policing – Streetsblog Los Angeles.” But check out this prime specimen from Pittsburgh:

Located six miles and just a 10-minute drive from downtown Pittsburgh proper thanks to scenic I-279 and its blisteringly fast level of service (well, at least for drivers), reaching this sorry stop will require you to cross four lanes of 55-mile-per-hour traffic, making a hairpin turn into a narrow opening between two jersey barriers (watch out for the waist-high thistles along the way!) and hanging out either on a highway shoulder, or on a steeply tilted embankment (sorry, anyone in a wheelchair.)

At least there’s a crosswalk? Or there was one, once upon a time; since it was last painted in 2012 (per the Google Street view history) this zebra crossing has lost almost all of its stripes.

Our nominator also notes that this sorry stop doesn’t even have a streetlight, and that the shoulder is barely wide enough for the bus driver to pull over without running down her own passengers.

Seriously: can’t the Port Authority of the Burgh do any better than this? 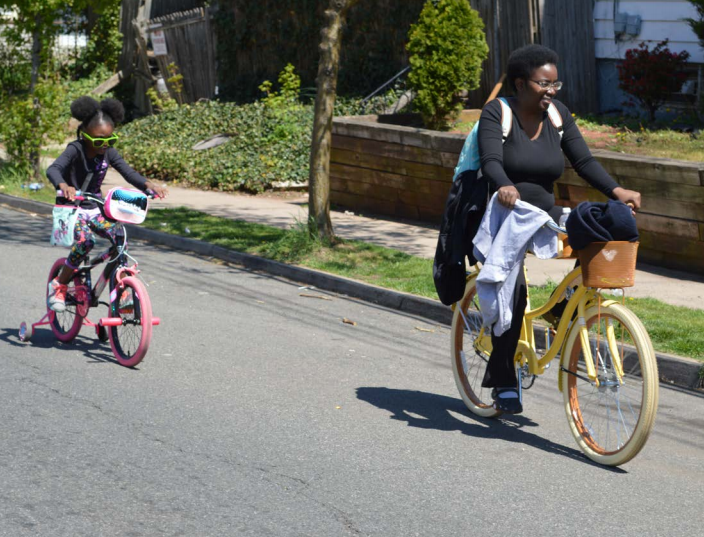 To see also :
Cycling Rates Low Unless Women Are Riding – Streetsblog USA
Around the world, cities that do the best job of catering to…

Our next stop on a highway-style road has the additional distinction of being located near a popular rail station … and that station’s massive park-and-ride. See the article : Some Recommended Transit-Oriented Reading – Streetsblog Los Angeles.

Of course, placing bus stops proximal to rail stops is critical for any transit-rich city. But do riders in Littleton get a convenient, safe route between these two important public transportation hubs?

Located in the expansive Denver suburb of Littleton, Colo., this stop looks pretty sorry on its face. But to fully understand just how undignified it feels to walk there, you’ve gotta have the surround-sound experience.

Nominator (and prolific pedestrian advocate) Jonathon Stalls videotaped one of his own recent treks to this stop — seriously, you can almost smell the exhaust.

Positioned right next to a seven-lane road that’s technically classed as an “arterial” with a speed limit of 50 miles per hour (but definitely designed for faster speeds), this stop becomes a mudslide when it snows or rains, rendering it virtually inaccessible to anyone using an assistive device.

And to top it all off? The transit agency doesn’t even offer bus service on Sundays — or even the simple shelter of a tree to keep you cool.

Waiting for the bus shouldn’t be an extreme sport anywhere in America, but we still have to ask: would you rather hit the slopes in Allegheny County, or ride the mud-soaked slip-and-slide in the Rockies? Voting is open until Tuesday, March 23, at 4 p.m. Eastern time.

If you’re following along at home, here’s the bracket so far: 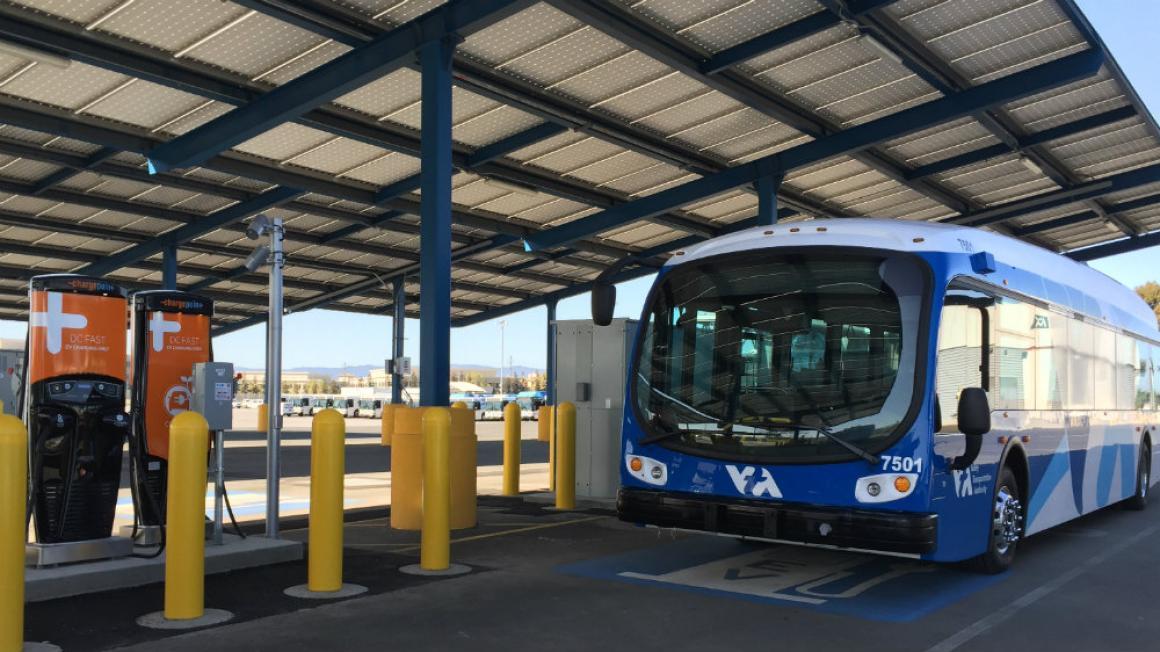 On the same subject :
VTA Leaders Express Doubts about Legislation That Would Change Board Makeup – Streetsblog San Francisco
Critics are emerging of AB 1091, Asm. Marc Berman’s bill that would…