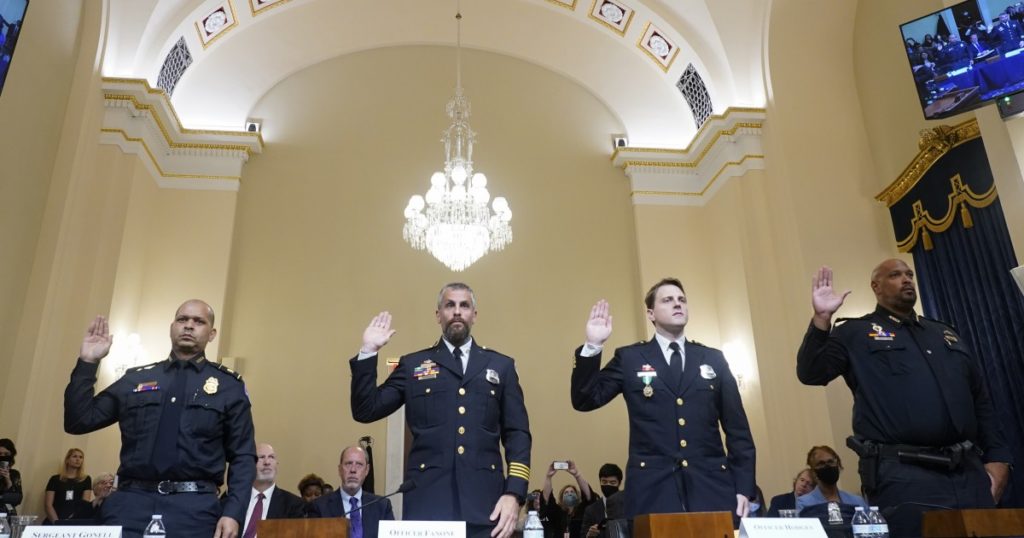 WASHINGTON —Four Capitol and Metropolitan Police Department officers on Tuesday recounted their experience fighting off the Jan. 6 insurrection at the U.S. Capitol during the first hearing of a new House committee investigating the attack.

“I recall thinking to myself, this is how I’m going to die, defending this entrance,” Capitol Police Sgt. Aquilino Gonell said. “I could have lost my life that day, not once, but many times.”

Dressed in uniforms, the officers struggled at times to deliver the emotional testimony and graphic descriptions.

At one point during a video presentation, Metropolitan Police Officer Michael Fanone placed his hand on Gonell’s shoulder and whispered in his ear. Others dabbed their eyes with tissues, cleared their throats repeatedly and paused to drink water throughout their testimony.

Gonell said he was more scared on Jan. 6 than he was during his Army tour of duty in Iraq. He said when he arrived home at 4 a.m. on Jan. 7, he could not even hug his wife because his uniform was so soaked in chemical irritants he had been sprayed with.

Less than four hours later he was back at work. He faces multiple surgeries from injuries to his shoulder, legs and feet, and at least a year of rehabilitation.

Tuesday’s hearing, which was meant to set the tone for what is expected to be a months-long investigation, focused primarily on the officers and what they experienced fighting off the melee for several hours. Some Republicans, including former President Trump, have sought to downplay the event as a largely peaceful protest that got out of control.