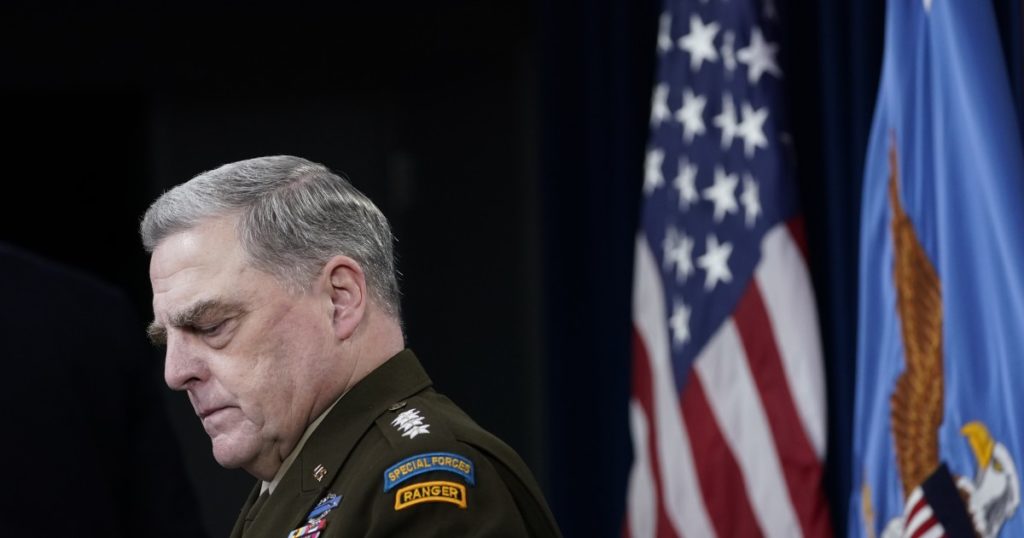 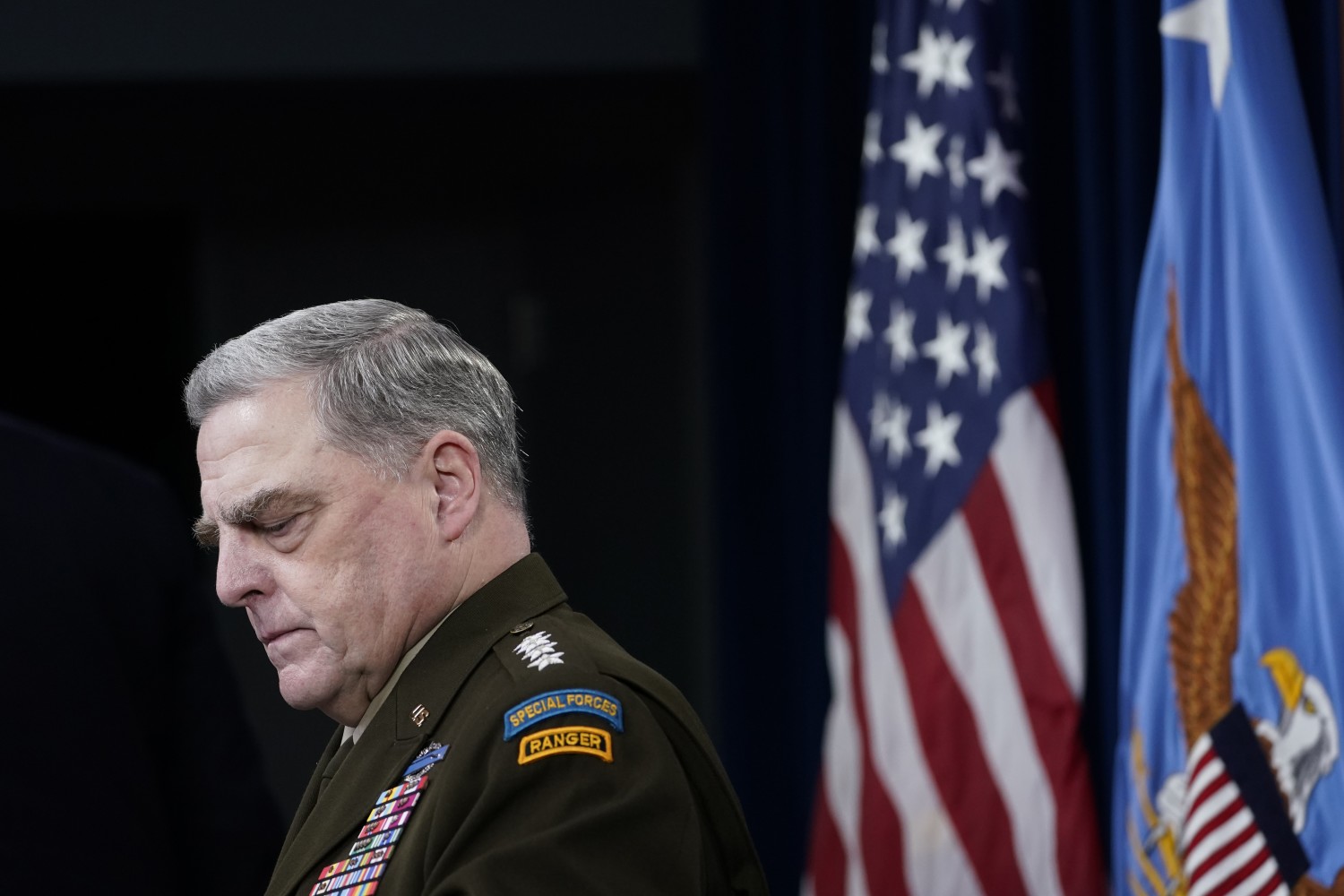 Lamenting “pain and anger” over the two-decade Afghanistan war, the Pentagon’s top two officials acknowledged the end of a losing mission Wednesday while vowing to continue the rescue of Americans and Afghan allies left behind in the ravaged country.

The war, Secretary of Defense Lloyd J. Austin III said, is over — but its messy and speedy conclusion has also unleashed a torrent of conflicting emotions.

“These have been incredibly emotional and trying days, and indeed years,” said Gen. Mark A. Milley, chairman of the Joint Chiefs of Staff and an Afghanistan veteran.

“We are all conflicted with feelings of pain and anger, sorrow and sadness, combined with pride and resilience,” said Milley, the nation’s top military commander.

The men also gave the most open acknowledgment yet of collaboration with the United States’ steadfast enemy, the Taliban. The extremist group’s fighters, Austin and Milley said, helped Americans and others get through airport checkpoints to safety.

“In war you do what you must in order to reduce risk to mission and force, not what you necessarily want to do,” Milley said.

Milley insisted the group is a “ruthless” organization whose ulterior motives remain suspect. However, when asked whether the U.S. and Taliban might cooperate on counter-terrorism operations targeting, for example, the Islamic State militant group’s affiliate in Afghanistan, he said it was “possible.”

ISIS-K, as that terrorist group is known, is a rival to the Taliban and has been blamed for several deadly attacks in Afghanistan recently, including the bombing of a girls’ school and maternity ward in a Shiite minority neighborhood, as well as last week’s devastating suicide attack in Kabul that killed 13 U.S. military service members and at least 170 Afghans.

These were the first public comments by the U.S. military leadership since the withdrawal from Afghanistan concluded Monday, closing the curtain on a 20-year war that cost tens of thousands of lives and trillions of dollars but whose gains — such as civil rights and a counter to terrorism — remain in doubt.

Austin and Milley defended a U.S. drone strike and said the Pentagon was investigating reports that it had killed Afghan civilians. The strike against an ISIS-K operative planning a car bombing at the Kabul airport killed at least one terrorist, Milley said.

U.S. military officials have blamed a “secondary explosion” after the initial strike for any collateral damage including deaths of civilians. Family members of the civilians in Kabul told The Times that they were killed by a missile fired from a drone.

Once the military withdrawal was complete and the Taliban took full control of Afghanistan, rescue operations shifted from the U.S. Army and Marines to the State Department, administration officials said Wednesday.

Rather than focusing on the return to power by the Taliban, which the United States invaded Afghanistan in 2001 to unseat, U.S. officials in the aftermath of the hasty withdrawal were emphasizing what they called the “unprecedented” and “historic” evacuation mission that rescued more than 124,000 civilians — mostly Afghans and about 6,000 U.S. citizens.

As many as 200 Americans may remain in Afghanistan, including blue-passport-holders who in some cases have up to 30 extended family members who could not leave, a senior State Department official said. Both Americans and Afghans who still hope to leave will probably exit overland through Pakistan, officials said.

“There is no deadline” for Americans and Afghan allies who wish to leave Afghanistan, the State Department’s undersecretary for political affairs, Victoria Nuland, said Wednesday.

Another official, who oversaw much of the evacuation operation but whom State Department officials refused to identify publicly, acknowledged that the “majority” of Afghans who worked for U.S. and Western entities as interpreters, cooks and secretaries, and whose lives are in danger under Taliban rule, were not evacuated.

He described the vast complexity of paperwork but also checkpoints manned by Taliban, U.S. and Afghan forces that built up a bottleneck and complicated the arrivals of people hoping to escape.

Deciding whom to let in and whom to turn away from the airport was a “very painful choice,” the official said.

“Everyone who lived it is haunted by the choices we had to make, and the people we could not help,” the official said.

The official was one of thousands of U.S. diplomats and civil servants worldwide who were dispatched to task forces, or volunteered, to get people out of Afghanistan. Many were holed up in hidden offices inside the State Department in Washington, where they spent long days and nights hunched over computers contacting Americans and others in Afghanistan. Former Ambassador to Afghanistan John Bass was returned to Kabul to lead the operation.

“In two weeks we had to evacuate the human face of 20 years of commitment and investment” in Afghanistan, a senior State Department official said of the evacuation operation.