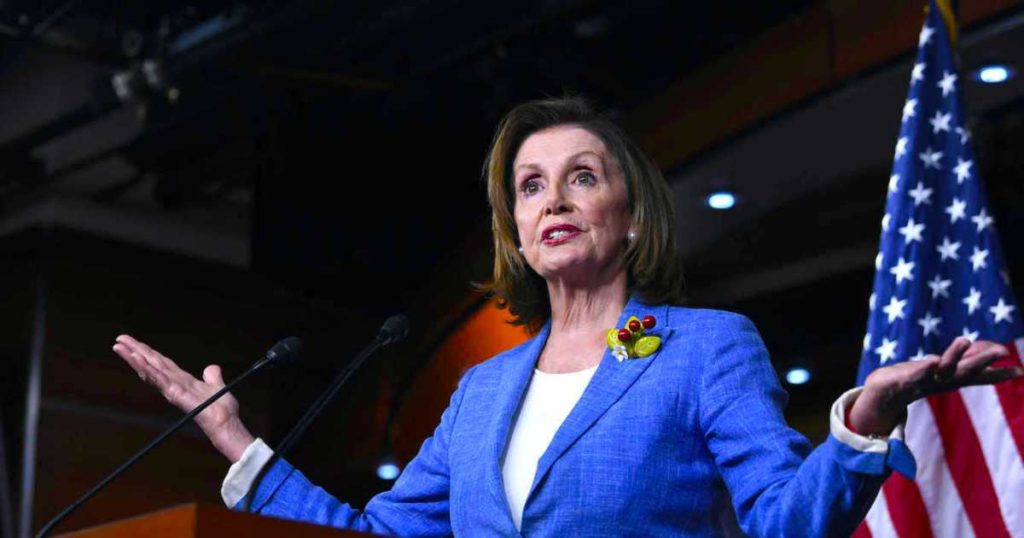 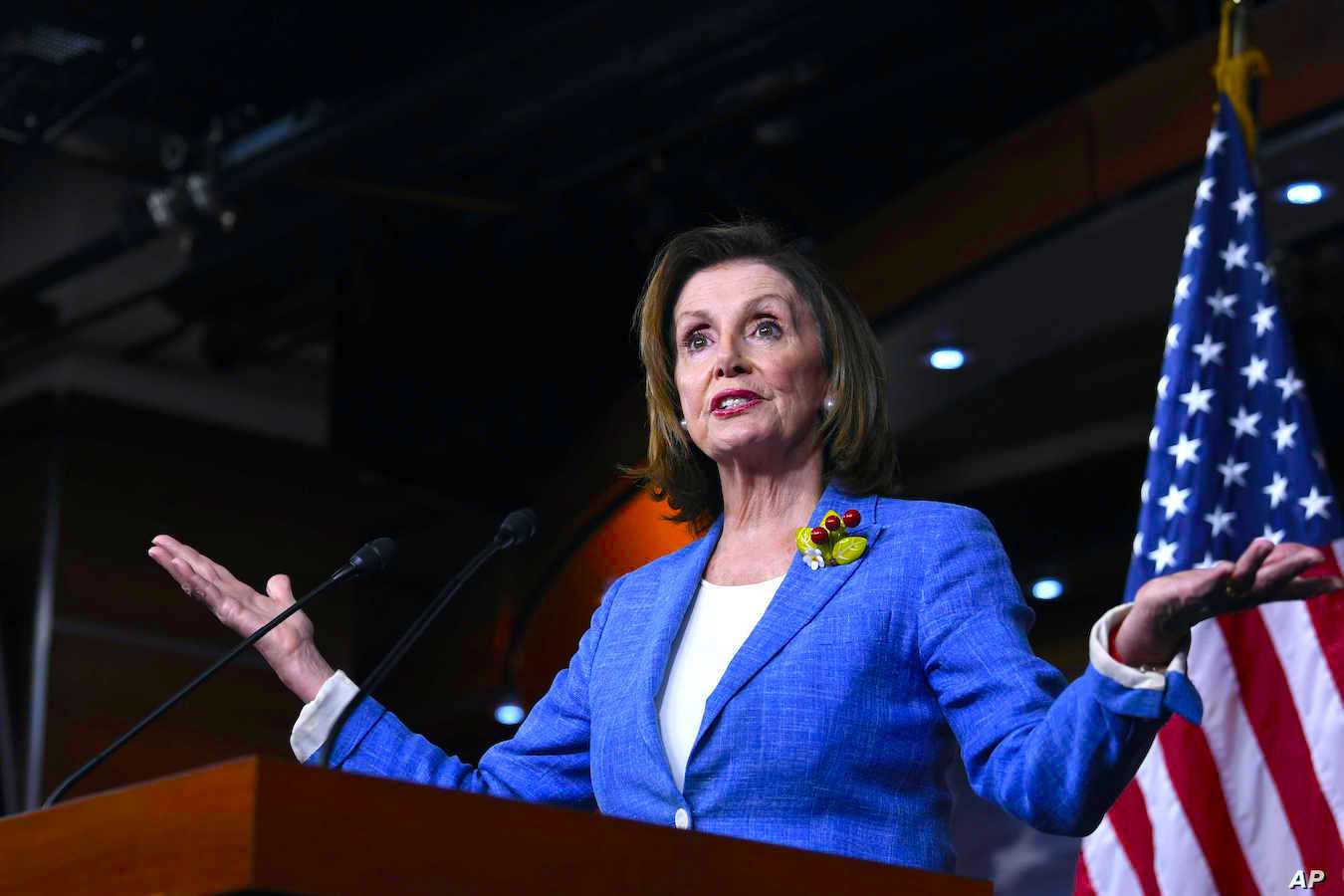 With no challenger in sight, Speaker Nancy Pelosi breezed through her reelection bid in Wednesday’s House leadership vote and moved closer to what is expected to be her final two-year term in the high-profile post.

It’s what she faces on the other side that could be the real challenge: a narrower House majority than she’s ever had due to the unexpected loss of seats to Republicans; a long to-do list following four years under President Trump; and a renewed intraparty battle between moderates and progressives tussling over how best to govern.

Heading into the election, House Democrats had a majority of 232 to 197, with one Libertarian and five open seats. The split for the new year now stands at 219 Democrats to 204 Republicans, with 12 contests too close to call. That could leave Pelosi (D-San Francisco) with one of the smallest majorities in decades. To control the House, 218 seats are needed.

The success of what is expected to be her last term — Pelosi, now 80, agreed in 2018 to not run for speaker after 2022, a vow she said Wednesday she’d keep — will also depend on the results of a Jan. 5 runoff election for Georgia’s two U.S. Senate seats. If Democrats win both, they will have the ability to control the Senate, and with President-elect Joe Biden in the White House, have bills signed into law.

But if Republicans win even one of those seats, they will retain the Senate majority and the power to block Biden’s agenda, regardless of what the House passes.

In either scenario, Pelosi will have to balance the demands of the Democratic Party’s up-and-coming progressive members with the kind of moderate proposals that will have a better chance of passing a narrowly divided Congress. To hold on the House majority in 2022, Democrats will need to deliver something if they want to avoid voter backlash in the midterm election.

Some progressives are already signaling they see no reason to compromise on legislation, noting that with the loss of some Democratic moderate House members on Nov. 3, progressives will wield greater influence in the caucus.

“I don’t know that the House dynamics necessarily shift our ability to do these really bold things,” said Rep. Pramila Jayapal (D-Wash.), co-chair of the Congressional Progressive Caucus. “Politics is the art of the possible. It is our job as organizers and activists … to change the boundaries of what is seen as possible.”

Rep. Scott Peters (D-San Diego), vice chair of moderate New Democrat Coalition, said his group expects Pelosi to continue to protect the House’s remaining moderates — as well as the party’s chances in 2022 — by ensuring the party takes a pragmatic approach.

“She’s been very sensitive to the concerns of moderates in the caucus about the messages [that some in the party have] been giving off that may have cost us some ground in the last election,” Peters said. “The elections gave us a little bit of a signal. Democrats have some baggage around socialism and some other issues. We have to be responsive to that in the legislation that we pursue.”

So far Pelosi has laid out an aggressive agenda, including quickly passing some progressive priorities, such as legislation dealing with voting rights, prescription drug prices and immigration. Pelosi told reporters last week she didn’t expect to change what legislation the House considers because of the narrower majority. Having a Democrat in the White House gives her leverage with the Senate that she didn’t have under Trump, she said.

“We still have the power of the majority. But on top of that, our leverage and our power [are] greatly enhanced by having a Democratic president in the White House,” Pelosi said. “I don’t see that as any challenge at all. I see that as an opportunity.”

But that could cut both ways. While many Democrats gave Pelosi the benefit of the doubt when she was a House leader battling both the White House and Senate, expectations will be higher without Trump around as a common enemy to unite her members, said Pelosi biographer and former journalist Marc Sandalow.

“She doesn’t have Trump to kick around anymore. Democrats don’t need her to counter Trump anymore. And the underperformance in this last election, I’m sure, concerns some of her supporters,” Sandalow said.

Even so, the lack of a single challenger in Wednesday’s internal Democratic Party House leadership election shows that Pelosi has stayed above the fray and enjoys support among the disparate factions.

“You won’t have a functioning majority if you have significant rifts,” Huffman said. “Unity is going to be the key.”

The full floor House vote for speaker occurs in January, but Pelosi is expected to win that easily, even with a narrower majority.

Two other Californians are among those jockeying for a spot in the Democratic leadership this week.

In an election expected Thursday, Rep. Pete Aguilar (D-Redlands) faces Rep. Robin Kelly of Illinois for the No. 6 leadership job as Democratic Caucus vice chair. If Aguilar wins, he will be the only Latino in leadership. If Kelly wins, she’ll be the first Black woman in leadership since Shirley Chisholm’s stint as caucus secretary from 1977-81, a role that later became the vice chair position.

Aguilar, a member of the New Democrats, has shown talent for building consensus between the progressive and moderate wings, supporters say.

“He’s got a personal style where he allows people to see where the common ground is, and that is a skill that’s real essential in politics,” said Rep. Peter Welch (D-Vt.).

Pelosi and Majority Leader Steny H. Hoyer of Maryland have held the top two spots in Democratic leadership for 18 years, and Majority Whip James E. Clyburn of South Carolina has held the third spot for 15 years.

To secure the speaker’s gavel in 2018 amid backlash from those who wanted fresh leadership, Pelosi agreed to term limits that would prevent her from running again after 2022. The caucus never formally voted on the limit, but Pelosi said she would abide by it nonetheless.

She confirmed to reporters Wednesday that this is her last term as speaker.

“What I said then is whether it passes or not, I will abide by those limits that are there,” Pelosi said. “I don’t want to undermine any leverage I may have, but I made the statement.”

At a news conference Tuesday, Democratic Caucus Chairman Hakeem Jeffries of New York sidestepped a question about what Democrats are doing to prepare for a future without Pelosi as speaker.

“There’s a tremendous mix of experience. Nancy Pelosi is a legendary speaker. One of the best who’s ever done it. Ever. She of course has my strong support,” he said. “Whatever happens in the future is going to happen. During the Trump era we’ve just been trying to get to tomorrow.”