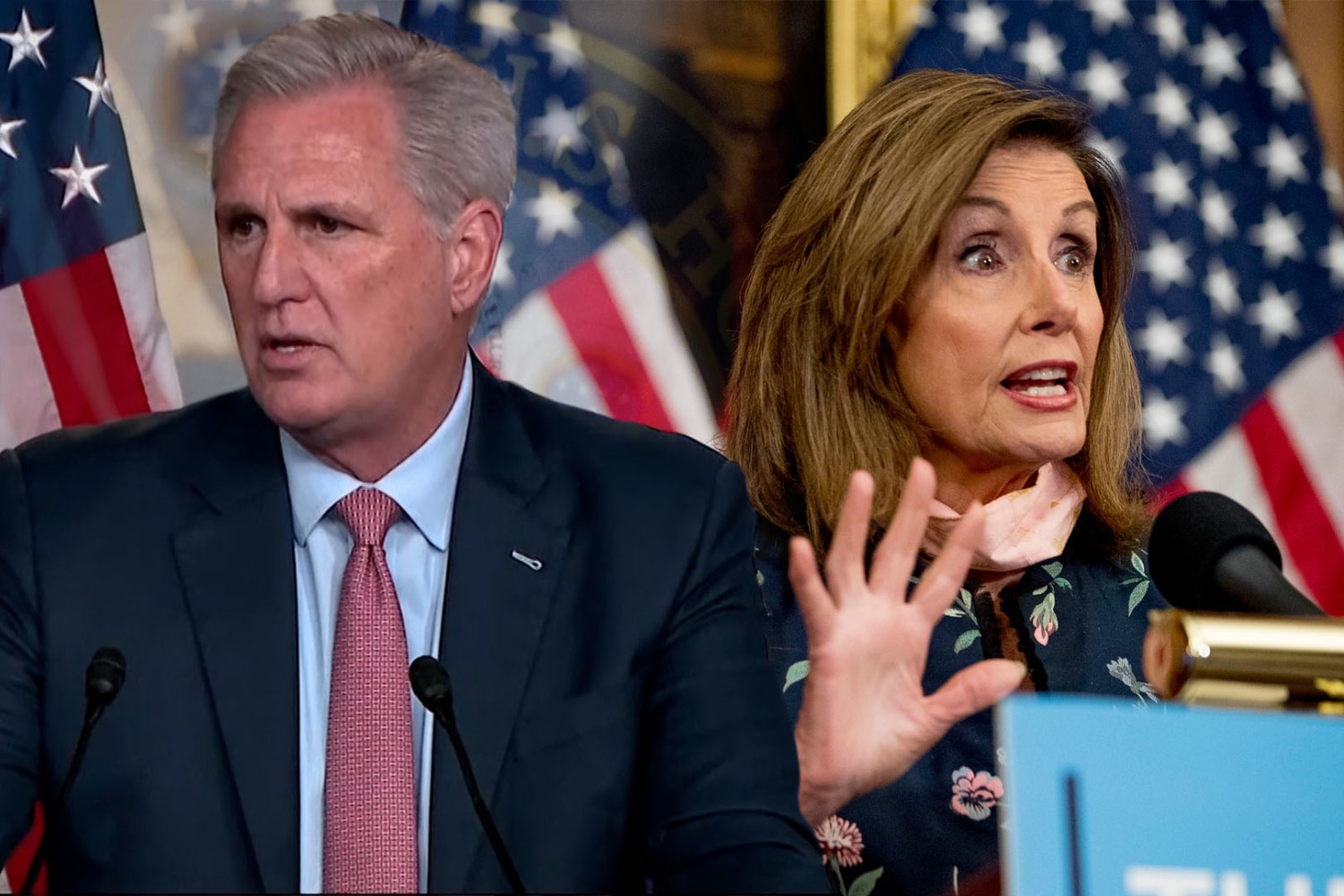 House Minority Leader Kevin McCarthy is facing criticism for saying to supporters over the weekend that it “will be hard not to hit” House Speaker Nancy Pelosi with the speaker’s gavel, if it is handed to him in 2023 should Republicans take control of the chamber in the midterms.

Though both are from California, the two House leaders have a more acrimonious relationship than Pelosi had with McCarthy’s two predecessors, when there was at least a degree of civility.

But the recent spate of name-calling and political maneuvering between the two brought an already-fraught relationship to a new low.

On Thursday, Pelosi (D-San Francisco) called McCarthy (R-Bakersfield) a “moron” for questioning the science behind wearing masks to prevent spread of COVID-19. Republicans have rebelled at the House mandating masks because of the surge of Delta variant cases.

McCarthy responded by publicly questioning some tech investments made by Pelosi’s husband that have made headlines and referring to her as a “lame duck speaker.”

On Saturday, McCarthy received a mock speaker’s gavel at the Tennessee GOP’s annual Statesmen’s Dinner. Republicans’ are increasingly confident that they will retake the House majority after the November 2022 election.

He was greeted with cheers when he told the crowd: “I want you to watch Nancy Pelosi hand me that gavel [in 2023]. … It’ll be hard not to hit her with it.”

Democrats are demanding an apology, accusing McCarthy of promoting violence against women and using the same rhetoric that led to the Jan. 6 attack on the Capitol. Several representatives demanded he resign.

“America has suffered enough violence around politics. @GOPLeader McCarthy is now a would-be assailant of @SpeakerPelosi. He needs to resign,” Rep. Eric Swalwell (D-Dublin) said in a tweet.

“Dear @GOPLeader McCarthy: Don’t you think America has had enough political violence? You should never be encouraging or threatening or joking about causing violence to anyone, including the Speaker of the House. You need to apologize for your statement, or resign,” said Rep. Ted Lieu (D-Torrance) said in a tweet.

McCarthy’s office dismissed the complaints. “He was obviously joking,” a spokesperson said.

The current deterioration follows Pelosi’s unprecedented refusal last month to seat two of McCarthy’s choices to serve on the House select committee investigating the Jan. 6 attack on the Capitol.

She said past comments by Reps. Jim Banks (R-Ind.) and Jim Jordan (R-Ohio) denigrating the committee and trying to cast doubt on the facts of the attack made them unsuitable to serve. It was a surprising breach of past norms, when the speaker typically deferred to a minority leader’s selections for which members of the minority party serves on a select committee.

The phone call in which Pelosi informed McCarthy of her decision reportedly ended with raised voices, and McCarthy withdrew all of his picks in retaliation. Pelosi instead appointed two more moderate, anti-Trump GOP House members to serve on the committee.

The House Freedom Caucus pressured McCarthy to try to remove her as speaker in response, something Republicans do not have the votes to do without help from Democrats.

Pelosi and McCarthy never had much of warm relationship, and it only got worse under President Trump, who was impeached twice by the House under Pelosi.

McCarthy ingratiated himself with Trump in hopes of winning back the House majority in 2020, something Republicans came closer to doing than most expected.

The current three-seat margin of Democratic control in the House has fueled the Pelosi-McCarthy power struggle. The next big test could be when the infrastructure bill currently being negotiated in the Senate reaches the House.

“There are still a significant number of so-called moderate Republicans … who are going to be the ones that Pelosi can turn to to say we need your votes on this,” Brookings Institution congressional expert John Hudak said.

“McCarthy could step in and threaten members who work with Pelosi,” Hudak said, adding that he doesn’t expect him to do so.

While the House majority can largely act without the minority, their souring relationship may worsen partisanship on Capitol Hill.

That could make it harder to get routine, non-controversial bills through the House via a voice vote, rather than a recorded roll-call vote, said Catholic University of America politics professor Matthew Green. Any member can object to the quicker voice-vote process, thereby requiring the longer roll-call vote.

“There are a lot of things in which the two parties do need to agree on,” Green said. “It would be perfectly plausible — we haven’t seen it, it could happen — for the minority party to say we’re going to require recorded votes on everything.”