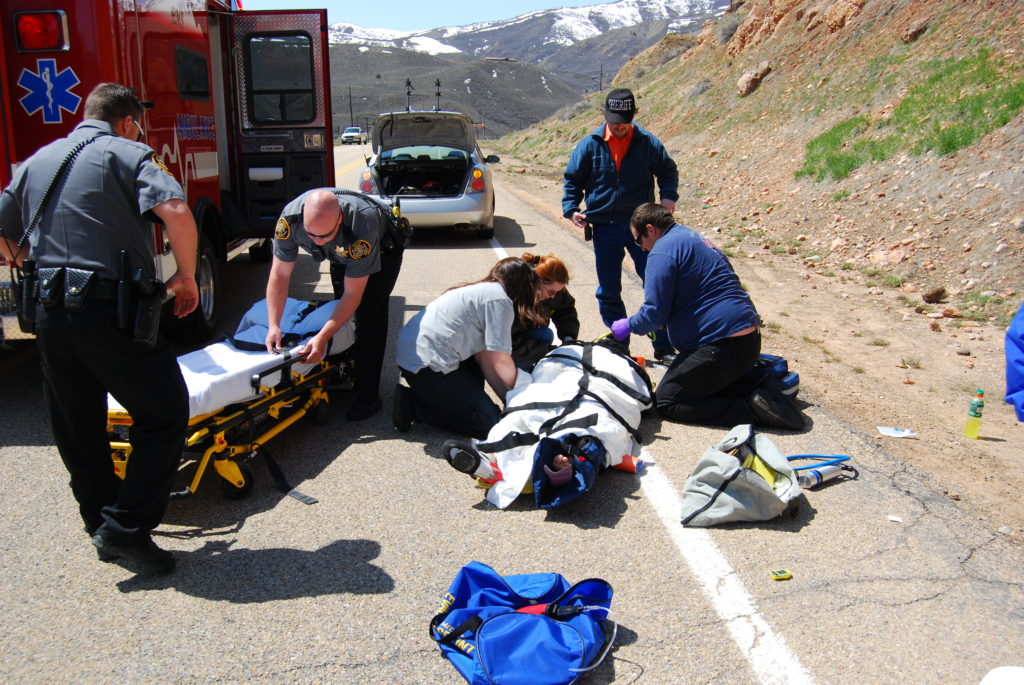 The nation’s battle with COVID-19 had a terrible side-effect for America’s pedestrians: more death.

Thanks to a well-documented increase in reckless driving on less-congested roadways during the pandemic, the pedestrian fatality rate rose 22 percent in the first half of 2020 compared to the same period a year earlier, according to a new report by the Governors Highway Safety Association.

The group blamed “speeding, distracted and impaired driving, and other dangerous driving behaviors [that] increased during the COVID-19 pandemic.”

The national report [PDF] only covers the first half of last year, but the group warned, “If this troubling pattern continue[d] for the second half of the year as many traffic safety experts fear, 2020 is projected to have the largest ever annual increase in the U.S. pedestrian fatality rate per mile driven.” (Other reports have found the same thing.)

“Walking should not be a life and death undertaking, yet many factors have combined to put pedestrians at historical levels of risk,” Jonathan Adkins, the GHSA executive director, said in a statement. “The traffic safety community should focus on a comprehensive approach that uses every tool available to save lives, including engineering, community outreach, emergency response and equitable enforcement that prioritizes the prevention of driving behaviors — like speeding, distraction and impairment — that pose the greatest threats to non-motorized road users.”

Specifically, the analysis found that from January through June, 2020, 2,957 pedestrians were killed in motor vehicle crashes – a raw number of six more than the same period in 2019. But during 2020, driving nationwide was down 16.5 percent due to the coronavirus pandemic.

The report is just the latest indication that the nation is headed in the wrong direction. The GHSA also found that in 2019, pedestrians accounted for 17 percent of all traffic deaths, up from 13 percent in 2010. Pedestrian deaths are up 46 percent over the past decade — a period when all other traffic deaths have increased by just 5 percent. As Streetsblog has reported, cars have become safer over the years — but only for people inside the vehicle. As they get larger and more powerful (and filled with tech doo-dads), they have also become more deadly for those outside the vehicle.

Was there any good news in the report?

Well, some states reported positive data: 20 states and D.C. experienced a declines in the raw number of pedestrians killed by drivers for the first half of 2020 compared to 2019 (though those decreases did not take into account the reduction in driving, so some of those states likely had a higher death rate per VMT). Fifty-three fewer pedestrians were killed in Florida, for example, a drop of 14 percent, but driving in the Sunshine State dropped between 30 and 50 percent during the early part of the COVID pandemic, a report showed.

The GHSA report also crunched some numbers from 2019 that offered general findings about pedestrian fatalities, including:

The report came as two yahoos on Fox News said this on Tuesday, more evidence of what street safety advocates are up against:

“Imagine being in one of these sexy roads with 2 lanes and the bicycle lane is empty, and you’re 30 mins late for work, all because we’ve reserved this for the elitists who know how to do things right & somehow can afford to ride their bike while everybody else is going to work” pic.twitter.com/kO91AwdU6Z