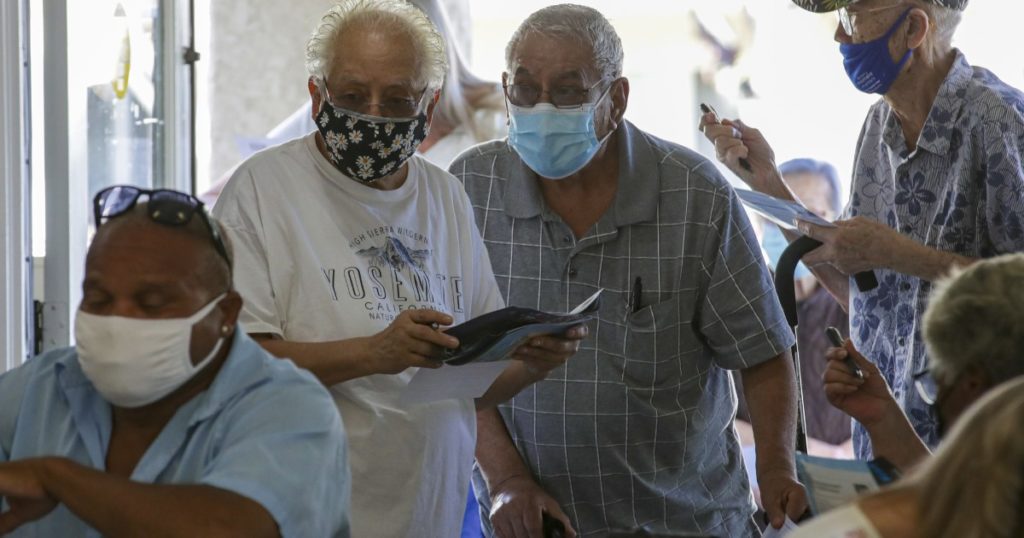 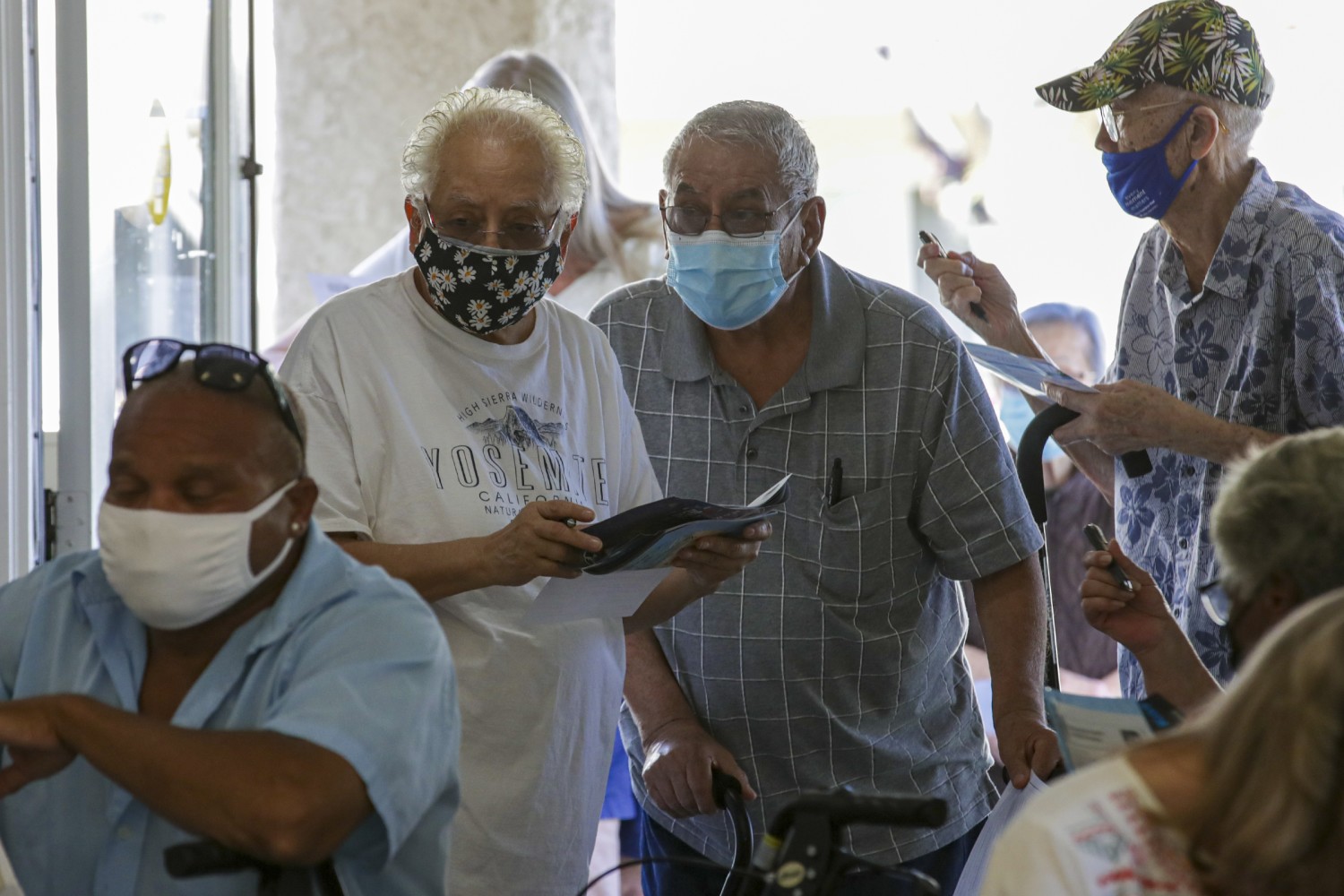 Even with declining numbers of young Americans entering the job market and the Trump administration’s crackdown on immigration, U.S. employers were able to count on the last of the baby boomers to prevent labor shortages and soaring wages.

But the COVID-19 pandemic has hit that long-standing reality like a hand grenade.

And the effects will likely be felt throughout the economy for years to come, in recurrent labor shortages, pressure for higher pay, problems for Social Security and private pension funds, and a host of other areas.

When the health crisis struck early last year, workers of all ages were laid off by the tens of millions. But the result of the pandemic-induced recession is turning out to be vastly different for older workers than for their younger counterparts.

Younger workers — regardless of the fattened jobless benefits provided by Washington on a temporary basis — now face strong pressure to resume their interrupted careers relatively quickly. And recent jobs numbers reflect that pressure to get back to work.

Not so among older workers.

In large numbers, many have reassessed their finances and other factors and have concluded that they are about as well off retiring now as they would be going back to work and soldiering on for a few more years.

Right now, it looks like many of these older workers will never come back.

“We are now, in this century, in a period of reduced immigration to the U.S. We are also in a period of lower fertility,” said Richard Fry, a senior researcher at the Pew Research Center specializing in the economy and education. “So the fact that boomers were staying in the labor force has been an important contributor to economy-wide growth.

“Whether this is a permanent exit from the labor force or temporary we don’t know,” he added. “But it’s really an important question.”

For some older workers, it’s a quality-of-life issue: They have found being at home fulfilling. And retirement incomes go further than many expect without job-related expenses of transportation, lunches and such.

Others have been nudged toward earlier retirement by medical, family and other personal reasons.

“This is a big shock that’s irreversible for a lot of people,” said Patrick Button, an economics professor at Tulane University who has written extensively on age discrimination and the labor market.

Even as pandemic restrictions have been lifted and businesses are struggling to find enough workers to fully reopen, the number of adults 55 and older who are participating in the labor force — that is, working or looking for work — has barely budged this year and is actually down from last fall, according to government statistics.

That’s in sharp contrast to people in their prime working years, ages 25 to 54, who have made significant strides in getting back into the job market.

The pandemic did not accelerate Monique Hanis’ retirement, but it certainly crystalized her plans.

“I think it allowed for thoughtful time and conversations. It really solidified the decision that I was ready,” said Hanis, who this week turned 60 and also left her job as senior director of communications at Advanced Energy Economy, a business association in Washington.

For Hanis, the pandemic spurred a broad rethink about life, health and priorities.

“You can’t always get your healthiest time back,” she said, “and as we get older, that becomes a concern, to be able to physically do the things that we want to do, to travel.”

Her husband, Doug Warnecke, retired two years ago at age 66. “After juggling two really demanding careers,” Hanis said, “raising kids through all of this — I took six weeks off to have the babies and I was back to work — you know, all the carpooling and sports teams and all the stuff you do, and we’re just like, ‘It’s time to have fun. Let’s play.’”

To be sure, many older workers don’t have adequate savings and retirement funds to stay away from jobs. Others want the stimulation of work.

“I never, ever in a million years saw myself retiring at all. I’m very work-oriented, and so for me, just not doing anything itself drives me up a tree,” said Christine Garza, 68, a former health educator in Charlottesville, Va., who has been taking part-time and temporary assignments in recent years.

Still, it’s likely the momentum among older workers has shifted, a change from the past two decades, when they remained on the job and reversed a central-long trend toward earlier retirement, said Courtney Coile, a Wellesley College professor who studies the economics of aging and health.

What kept people working longer had to do with better health and education, the increased role of women in the job market, shifts in company retirement plans and especially changes to Social Security that incentivized delaying retirement, she said.

In the last decade just before the coronavirus outbreak in the U.S., employment among people 55 and older grew on average by 1 million a year, compared with about 750,000 for prime-age workers. The fastest growth rate was among those 65 and older.

But since last fall, after an initial burst of recovery, employment for older workers has plateaued.

Right now, the change is aggravating the labor shortage. There are record number of job openings, and more people — young and old — have quit their jobs and are on the sidelines.

Even prior to the pandemic, labor trends were not looking good for employers. With Americans having fewer babies, the working-age population is projected to grow over the next 10 years at a fraction of recent prior decades. “If a bigger number retire than in the past, that’s a big potential crash for the labor force,” said William Frey, a demographer at the Brookings Institution.

The long-term consequences of a pullback by baby boomers cut deep: Their smaller contribution to the labor force suggests slower economic growth ahead for the U.S. and potentially negative effects on the economy’s overall productivity.

There are also huge implications for public finances: Having fewer workers is likely to mean reduced tax revenues, including payments into Social Security.

In the first quarter of this year, 30.3 million baby boomers reported they were out of the labor force due to retirement, according to Pew Research Center’s analysis of government data.

That is 2.7 million more than in the first quarter of 2020, a much bigger increase than the average growth of roughly 2 million retired boomers annually over the last decade.

So far, there hasn’t been an accompanying jump in Social Security claims — one can start drawing benefits as early as 62 — but experts suspect that may be partly because people, up to now, have been making do with savings and generous forms of pandemic aid, including expanded unemployment benefits and several rounds of relief checks.

The Pew center’s Fry worries about the solvency in the long run of retiree programs such as Social Security. As more seniors retire, he said, they’ll draw down pensions and retirement plans, which has consequences for the price of financial assets.

There are reasons to think the sharp break in older workers’ labor participation could be a lasting trend.

As of June, 55% of unemployed workers who are 55 or older have been jobless for more than six months, compared with 36% for all other working age groups combined. And the longer a person is unemployed, the harder it is usually to return to the job market.

For workers 65 and over who were unemployed in June, half have been out of work for an average 46.5 weeks. For all workers, the length of unemployment was 17.6 weeks.

Many of them face barriers to returning. The AARP says more people are seeing age discrimination in employment.

And, despite the overall shortage of workers, experts say they haven’t seen companies generally stepping up their efforts to recruit or retain older workers, focusing instead on race and income disparities.

Renée Ward, founder of Seniors4Hire, a Huntington Beach-based organization that tries to match older workers with employers nationally, said some businesses that were trying to come back from the pandemic and desperate to fill openings were targeting seniors.

Many of the jobs posted on her site are for such work as hotel clerks, building receptionists, tour guides, security guards, nannies and caregivers. Whether they provide enough pay, flexibility or safety protections to draw older workers is another question.

“This group will be much more resistant to returning to employment,” said Jeffrey Korzenik, chief investment strategist at Fifth Third Bank in Tampa, Fla., who has been closely following the labor market and its implications for the economy.

And if fewer older workers return, he added, there will be less mentoring and handover of knowledge — a problem for manufacturers and other industries that are concerned about losing a generation of experienced workers.

“We have a more dynamic economy when you have more people in the workforce who are productive and more robust consumers,” he said. “But there’s no sign they’re coming back.”