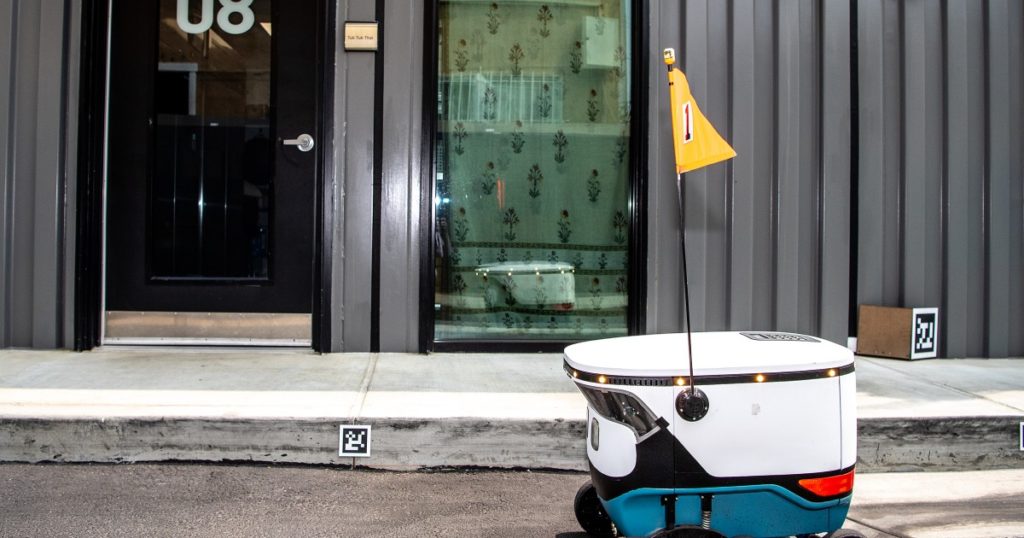 As the U.S. economy rebounds from the COVID-19 pandemic, employers are turning to greater use of automation, including robots, rather than calling back workers or hiring new ones in many cases.

The trend is affecting almost every sector, including manufacturing, distribution, transportation, retail, restaurants and many kinds of personal and government services.

Airports have begun been using mobile robots to spray disinfecting chemicals on their facilities — work that janitors had initially done wearing moon suits and other personal protection equipment.

The Pennsylvania Turnpike eliminated toll collection by hand and switched to a cashless electronic system.

Procter & Gamble, the maker of detergents, diapers, toilet paper and a cornucopia of other household goods, found that strategically adding robots to its assembly lines made it possible to keep more workers on the job — and produce more goods — while complying with social distancing guidelines.

Orders for robots in North America, mostly the U.S., surged 20% in the first quarter compared with a year earlier and was up 16% from the same three-month period in 2019, well before the pandemic, according to the Assn. for Advancing Automation. Nearly 10,000 robots were ordered in last year’s fourth quarter, the second-best quarter ever, statistics show.

Although increasing automation has long been a trend, the pandemic — as well as recent trade wars and supply bottlenecks — drove home for managers the high cost of unforeseen disruptions in production.

The World Economic Forum said last fall that 50% of employers plan to step up automation at their firms.

While car and car parts makers have been the dominant users of industrial robots, many more industries today also are buying smaller mobile robots. The biggest percentage growth in robot purchases is coming from the food and consumer goods sector — a reflection of the boom in online shopping over the past year.

“COVID just highlighted that some of this may accelerate because there are potential interruptions to your businesses that you need to be prepared for,” said Mark Lewandowski, P&G’s director of robotics innovation.

What the new push for automation will mean for millions of Americans still idled because of COVID-19 is not so clear.

Nyika Allen, director of aviation for Albuquerque, N.M., doesn’t foresee the five robots she bought last year eliminating the 50 custodial staff at the city’s two airports. But she suggested that overall airport employment could be smaller.

Airport merchants are automating, too, with self-check stations and other touchless technology. And Albuquerque recently converted to a mechanized screening system for checked bags, rather than manual screens by workers. “There’s less manpower behind the scenes,” Allen said.

Mike Kelly, a 58-year-old native of Pittsburgh with a wife and three children, made about $25 an hour, plus health insurance and a pension plan, as a toll collector on the Pennsylvania Turnpike.

Even before the pandemic, the state had intended to install a high-tech, no-cash system in 2022. But when COVID-19 shutdowns reduced both traffic on the turnpike and the revenue it yielded, the state moved up its plans by 18 months, laying off some 500 toll collectors and support staff last June.

Kelly reacted quickly. Using his own money, he enrolled in a training course to learn how to operate big trucks and other heavy motorized equipment. Today, he’s working for the turnpike again, this time driving maintenance trucks, snowplows and other vehicles. He was reimbursed for the training. And his pay and benefits are at least equal to those from his toll booth days.

Not all of his colleagues from the toll booths have bounced back like that.

Kelly Armour, 53, was angry and bitter about the layoffs. “We gave a warm, human aspect to the job, and we were replaced by technology,” she said. “I was only essential when it suited them.”

In January, Armour, who is single and also lives in the Pittsburgh area, went down to Florida to stay with her elderly father. She keeps herself busy gardening and baking. Once she exhausts her unemployment benefits, Armour said she will use what severance she had from the turnpike. After that, she’s not sure.

“When you’re 50 years old, to start something new is troublesome,” she said.

As in past decades when mechanization and offshoring erased countless jobs, those most threatened by the latest push in automation are people with less skills and in tasks that are routine and repetitive.

Researchers at the International Monetary Fund, in a recent paper, reported that past pandemics, including SARS in 2003 and Ebola in 2014, not only accelerated robot adoption but tended to increase inequality by displacing low-skilled workers. COVID-19 presents a similar risk, they warned.

The demand for more automated equipment is likely to grow further as a result of more companies bringing back production to the U.S.

Factories in Asian countries such as China and South Korea tend to make more use of robots than the U.S., giving them a competitive advantage that goes beyond labor rates.

The effect of automation on workers, as the experiences of the two toll booth collectors suggest, is uneven.

For those who can get themselves the right training, automation can open up new opportunities.

“It creates a whole other career path for some folks,” said Matt Tyler, chief executive of Vickers Engineering, a New Troy, Mich., precision-machining company that supplies parts for the auto industry and employs about 200 people.

“We have additional engineering staff on our payroll, well-compensated folks, that are directly correlated with automation, that didn’t exist in our building 15 years ago,” he said.

Tyler is gearing up for what he foresees as a boom in production, once bottlenecks in shipping and the global chip shortage ease.

He’s already spent about $2 million this year for robots from Japan-based FANUC to make products for the Toyota Tundra and other vehicles. In some ways Tyler said he had no choice but to automate because fewer and fewer people want to work on the assembly line for $15 an hour, which is what he pays to start.

“Had we done it manually, without automation, I’m convinced we would not have been able to find enough employees anyway,” he said.

For those with fewer skills, analysts see a darker future, partly because the United States has never put as much emphasis on job retraining and retention as countries such as Germany has.

In the U.S., said Susanne Bieller, general secretary of the Germany-based International Federation of Robotics, there’s more of “a hire and fire way of doing things.”

That means less-skilled workers in this country “may suffer significant hardship as they seek new work, potentially in occupations where they have no experience or training,” MIT scholars David Autor and Elisabeth Reynolds said in a Brookings Institution paper.

“Paradoxically, having too few low-wage, economically insecure jobs is actually worse than having too many,” they said, because reducing demand for less-skilled people in low-paid jobs won’t “ultimately raise demand for these same workers in middle-paid jobs.”

Contributing to the problem for less-skilled workers is that the pandemic has wiped out countless small businesses.

That has given a bigger share of the market to larger firms, which can afford more automation and historically pay a smaller percentage of earnings to workers in favor of shareholders and owners.

“We can expect leaner staffing in retail stores, restaurants, auto dealerships, and meat-packing facilities, among many other places,” according to Autor and Reynolds.

Melonee Wise, chief executive of San Jose-based Fetch Robotics, a leading U.S. maker of mobile robots, said: “We have to come up with other solutions. There needs to be social protections for people who are experiencing challenges due to technology transformation.”

She added: “The fact of the matter is that we’re not going to stop using technology in general because it displaces certain parts of our work.”