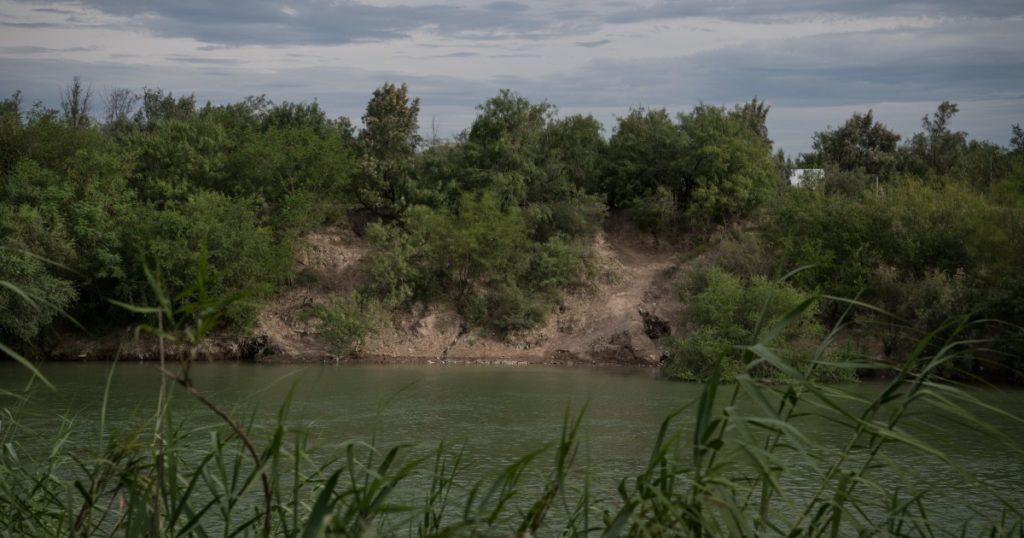 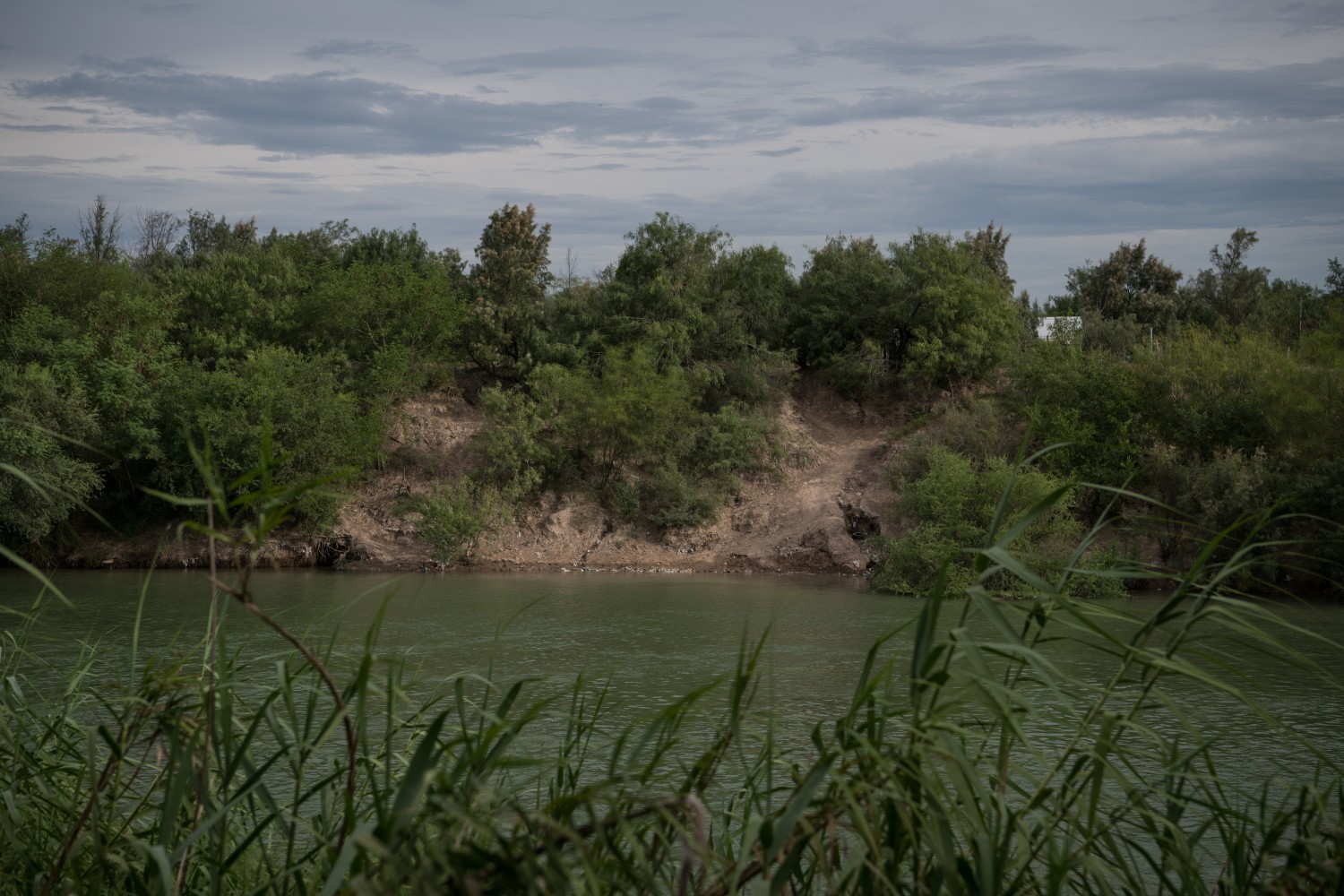 Honduran migrant Joaquin Padilla Nunez paid little attention to the paperwork U.S. Customs and Border Protection gave him after he crossed the Rio Grande during the weekend with his wife and 2-year-old daughter.

It was only once his family reached a makeshift shelter at Our Lady of Guadalupe Catholic Church in Texas’ Rio Grande Valley on Sunday that Padilla, 27, realized something strange.

While other migrants had received packets of paperwork, including a date to appear in immigration court, Padilla had a single sheet with his photo, fingerprint and one sentence of guidance, in English, that he couldn’t read: “This document does not convey any legal immigration status.”

A half dozen of the migrants at the shelter had been issued similar, abbreviated paperwork. As they watched their children clamber around a playground outside the church school where they had slept, the migrants debated whether their paperwork would allow them to remain in the country legally, to travel, work and register their kids for school.

Border Patrol has become overwhelmed trying to rapidly gather information and screen migrant families at already overcrowded border holding areas before deciding whether to release, detain or expel them. Agents are on pace to reach a 20-year high in the number of migrants they encounter on the border, mostly in the Rio Grande Valley: More than 130,000 since the fiscal year started in October, more than they saw there in all of the previous year.

At the same time, the Mexican state opposite the Rio Grande Valley, Tamaulipas, has refused to allow the U.S. to send back many families with children under age 7, migrant advocates said. During the past month, hundreds of families have been released daily in the Rio Grande Valley, 350 on Sunday in McAllen, Texas, alone, according to migrant advocates. Last weekend, Border Patrol began expediting families’ release by eliminating notices to appear in immigration court for many, stirring confusion.

Homeland Security officials released a statement Sunday saying that if Mexico didn’t have space for the U.S. to expel a migrant family, they would be released and “placed in immigration proceedings to commence [the family’s] removal from the United States.”

“In the narrow, narrow circumstances in which families can’t be expelled,” to Mexico, families are released in the U.S., Psaki said, but still “placed in immigration proceedings.”

Psaki did not specify what type of immigration proceedings the families are placed into.

“They don’t need a court date and they don’t need a notice to appear because it has already been determined that they will be sent back to their home countries,” Psaki said.

It’s not clear which families Psaki was referring to, and that’s certainly not what migrants believe when they’re released in the Rio Grande Valley and taken to a Catholic Charities respite center run by Sister Norma Pimentel to make travel arrangements. Their paperwork goes into manila envelopes with their travel arrangements written on the outside.

Once they arrive at their destinations, Pimentel said Monday, “We are telling everyone they need to check in to the immigration office closest to them.”

Nelson Pineda Guzman, 32, a Honduran coffee farmer, was released Sunday with his 5-year-old son Justin Pineda Castillo. He planned to travel to join friends in Louisiana, but said he didn’t understand what his paperwork allowed him to do in the U.S.

“They didn’t tell us anything,” Pineda said of Border Patrol agents who processed him and his son after they crossed the river on a smuggler’s raft Friday.

Pineda could not say whether he would apply for asylum.

“They just told us we have to respect the law,” said Walter Caal Choc, 23, a Guatemalan farmworker who migrated with his wife and 2-year-old son and didn’t understand the sheet of paper Border Patrol gave him.

Some of the migrants mistakenly believed they had 90 days to apply for permission to remain in the U.S.; that they already had permission, or that their paperwork contained a phone number for them to contact immigration officials after they left the border to join family.

Migrants who want asylum have to apply within a year of arriving, said Charlene D’Cruz, Rio Grande Valley-based director of Lawyers for Good Government’s Project Corazon, which has provided free legal services to asylum seekers in Mexico.

She is creating a presentation to show new arrivals at bus stations and shelters to help explain their rights.

The shortened paperwork Border Patrol has been issuing this week should allow migrants to travel and to register their children for school, D’Cruz said. But it doesn’t allow them to work or create asylum cases.

“They are in limbo,” said Jodi Goodwin, a Rio Grande Valley immigration lawyer.

Jenny Granadino Guillen, 25, a Salvadoran migrant who worked as a stylist, said Border Patrol agents told her she “needed these papers to be here legally.”

Granadino plans to apply for asylum after traveling with her two children — Allison, 7, and Juan Carlos, 5 — to Abilene, Texas, to join her uncle, whose wife is a U.S. citizen. But she said other migrants at the church shelter were afraid to contact immigration officials once they reach their families because some of their relatives are in the country illegally.

Digna Canan Lopez, 27, a single mom who migrated with her 5-year-old son Eric from Honduras, planned to travel to join her sister in Ojai, Calif. Her sister has lived in the U.S. illegally for four years, Canan said. Would she need court paperwork once she arrived, she wondered. “Do I need it for him to study?”

“I want someone to explain it to me,” she said, holding up a manila envelope. “They didn’t explain anything, they just gave us this.”