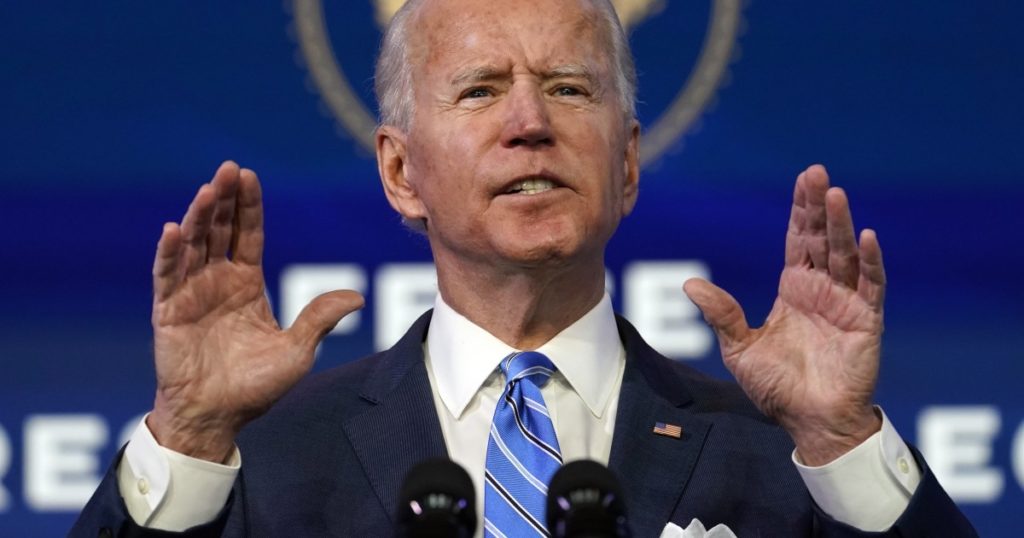 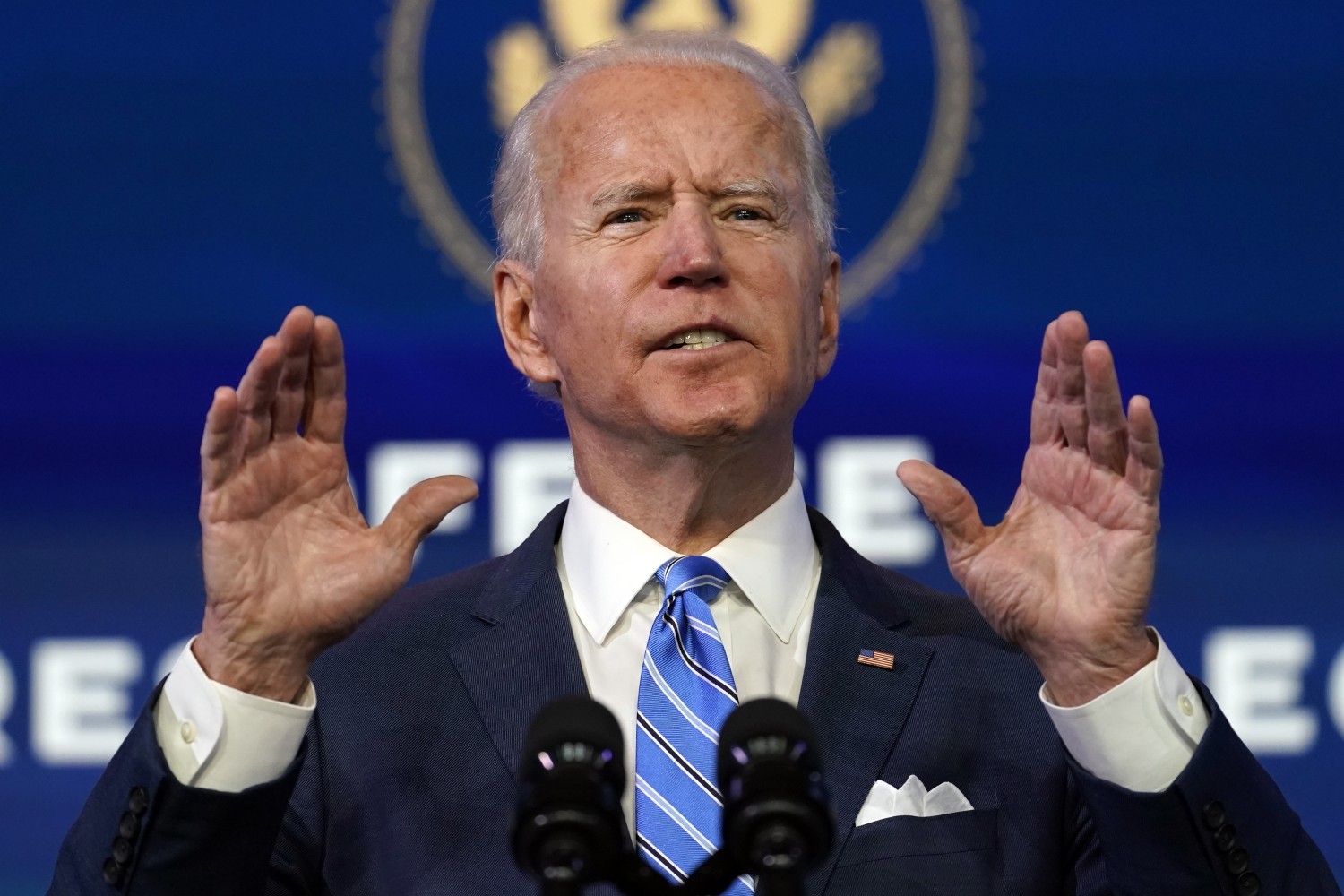 A major anti-poverty effort that would lift prospects for millions of children and close a long-standing gap in the nation’s economic safety net appears headed for approval by Congress, tucked into the COVID-19 relief bill where it has largely been overshadowed by the debate over the size of stimulus checks.

The proposal, which could provide nearly all American families with monthly checks of up to $300 per child, would cut child poverty nearly in half, lifting nearly 10 million children up to or above the poverty line, according to analyses by the National Academy of Sciences and other expert groups.

The idea has been debated in Congress for nearly two decades during which lawmakers have taken incremental steps to give more help to low-income families with children.

The fact that it suddenly stands at the brink of passage — the proposal is included in both the House and Senate Democratic versions of the $1.9 trillion COVID relief bill and is a high priority for Speaker Nancy Pelosi (D-San Francisco) and other party leaders — vividly illustrates how the pandemic and resulting economic crisis have shifted what’s considered possible in domestic policy.

“Not that many years ago, this was considered on the fringe, out there, not going to happen,” said Rep. Rosa DeLauro (D-Conn.), who has led efforts to expand aid to low-income children since 2003. “Now it is at the center.”

“The moment has met us,” DeLauro said.

The proposal also illustrates a central part of the emerging Biden domestic policy agenda. The president doesn’t back sweeping plans to restructure policy from the ground up, of the sort backed by many progressive Democrats. But he is moving aggressively to accomplish some long-sought progressive goals, surprising some of his critics on the left.

The proposal is “hugely important to the president and the vice president,” Biden’s economic adviser Jared Bernstein said Thursday in a presentation hosted by the Washington Post.

The biggest stumbling block to expanded family assistance in the past has been the price tag, roughly $120 billion per year for a plan like the one Biden has proposed. In 2016, Hillary Clinton’s advisers debated whether to advocate a similar plan but ultimately backed away, in large part because of the cost.

The amount, however, seems less daunting to lawmakers in the context of the much larger economic relief package.

The price needs to be weighed against the heavy cost that child poverty imposes on society, said Hilary Hoynes, an economist and expert on poverty at UC Berkeley.

The National Academy of Sciences study, which Hoynes helped direct, estimated in 2019 that child poverty reduces the country’s long-term economic potential by between 4% to 5%, or roughly $800 billion to $1 trillion per year by reducing lifetime earnings and increased illness and crime.

Cutting child poverty creates additional “benefits to society, and the benefits can be quite large,” Hoynes said.

“We have to pay some money today to increase incomes long run,” she said. “That’s the way to think about the tradeoffs.”

A plan similar to the one Biden has proposed would have “the biggest impact by far” in reducing child poverty, the national academies study found after analyzing a long list of policy proposals.

Those arguments have had more sway with lawmakers because of the economic disruption over the past 11 months, combined with the continued impact of the Great Recession, said Sen. Michael Bennet (D-Colo.), who, along with Sen. Sherrod Brown (D-Ohio), has pushed the effort in the Senate to increase family payments.

The recession caused by the COVID-19 pandemic has meant “the wheels are coming off” for many families, Bennet said. The economic pain has underscored the “enormous vulnerability” many families face, he said.

“People see the need more than they did before,” he said.

That’s true for some Republican lawmakers in addition to Democrats.

Plans for expanded child payments have had bipartisan support — at least in theory.

The 10 Republican senators who met with Biden recently to propose a scaled-back COVID-19 package did not include the child payments in their plan, although one of the group, Sen. Mitt Romney of Utah, introduced his own plan on Thursday that parallels Biden’s proposal in part.

In a Senate speech earlier this month, Sen. Marco Rubio (R-Fla.) cited child payments as an issue on which Republicans and the administration might cooperate. When Republicans pushed their tax cut through Congress in 2017, Rubio and Republican Sen. Mike Lee of Utah won approval of a measure that increased aid to some low-income families as part of a larger increase in family support.

Democrats and Republicans converge on similar proposals on the issue although for different reasons, said Samuel Hammond of Washington’s Niskanen Center, who has worked on plans with GOP lawmakers.

Democrats champion the idea of increased family support as an anti-poverty measure, Hammond said. Republicans see direct cash payments as a way to stabilize families without a new federal bureaucracy.

In the past, conservatives have opposed other forms of family support, such as welfare programs, in part out of concern that they discourage work. That’s less of a concern with the per-child payments because they don’t phase out as people earn more money, meaning that there’s no incentive to keep earnings below a certain level.

In addition, Republicans recognize that the idea has the potential to be a hit with voters and worry that Biden and the Democrats will get full credit if they don’t have a plan of their own.

“This will be landmark legislation and will be hugely popular,” Hammond said. “Families getting $300 per child checks in the mail will be very, very visible.”

The Biden plan would build on an existing tax break that currently provides most of its benefits to middle- and upper-income families.

Under the current system, families can take $2,000 off their taxes for each child up to age 17. That widely used tax credit provided an estimated $118 billion last year to more than 48 million families.

But a tax credit provides the biggest help to those with significant tax liabilities. Families with incomes of up to $400,000 a year are currently eligible for the child tax credit, and last year, about 40% of the benefit went to households with incomes above $100,000, according to researchers at Washington’s Brookings Institution.

Although Congress has changed the law over the past decade to allow families with little or no tax liability to get some money in the form of a tax refund, only about 15% of the benefit last year went to families with income of less than $30,000.

Some 27 million children in low-income families get less than the full benefit, and many of the poorest get nothing.

“You have a child credit that’s close to universal” except that “there are tens of millions of children who live in families with incomes that are too low to benefit,” said Hoynes.

“When you put it that way, it really doesn’t make sense.”

Biden’s plan would change the law in two major ways — increasing the credit to $3,000 per child ages 6 through 17 and $3,600 for younger children and making the entire benefit refundable, which would make all low-income families eligible for the full amount.

Congressional Democrats have been working with the Treasury Department to structure the benefit so that families could choose to receive monthly payments, rather than waiting to get a lump sum when they file their taxes, a significant help to many low-income families.

Sending out millions of monthly checks could pose a big burden on the IRS, but Treasury Secretary Janet Yellen is “committed to monthly payments,” Bennet said. “We’re going to find a way.”

Expanding the child credit would have its biggest impact in low-income neighborhoods and among Black and Latino families, who are more likely to be poor.

In the congressional district represented by Democrat Rep. Jimmy Gomez, for example, which stretches from Koreatown through much of the Eastside of Los Angeles, roughly 74,000 children would benefit, according to a district-by-district analysis by Sophie Collyer, research director at Columbia University’s Center on Poverty and Social Policy. In the district covering the eastern San Fernando Valley represented by Democrat Rep. Tony Cárdenas, some 79,000 children would gain, the analysis showed.

For many low-income families, the money would represent a significant increase in income.

A single mother earning $10,000 a year who has a toddler currently gets only a partial benefit. Under the new plan she would get nearly $2,500 in additional income, said Chuck Marr, an analyst at Washington’s Center on Budget and Policy Priorities. A parent with two children who lost her job in the recession and has no income as a result currently gets no benefit; under Biden’s plan, she could get up to $7,200, depending on the age of the children.

The COVID relief package would provide the increased benefit only for 2021, but Democrats have made clear they aim to make the change permanent in a second round of legislation later this year. That would make the family payments the most significant part of the overall bill, DeLauro said.

“The direct [COVID relief] payments will go away,” she said. “The expansion of the child tax credit will be permanent.”