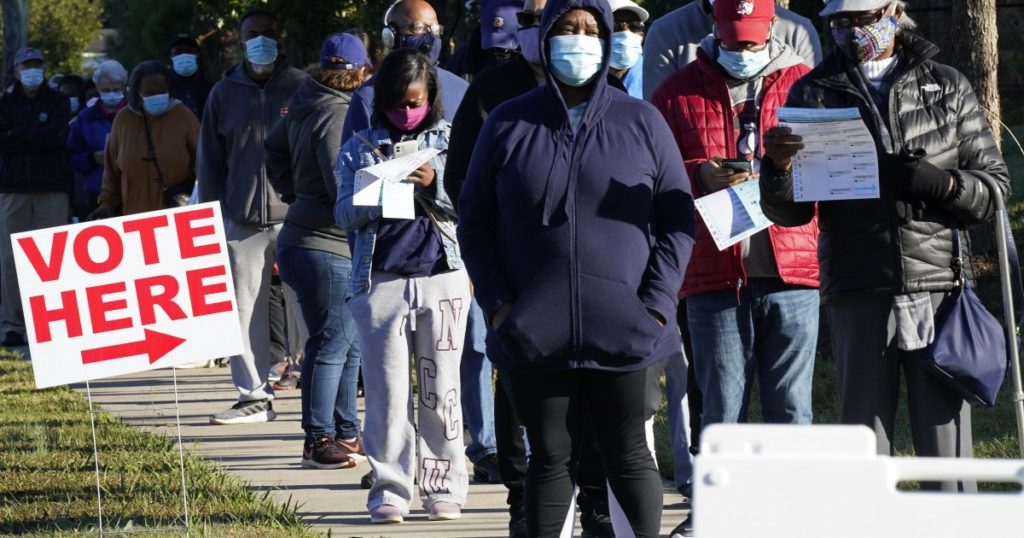 Republicans’ internal feud could wreck their chances in the next election cycle. Recent polls show a drop in the GOP’s favorability rating and a decline in the number of Americans who call themselves Republicans. Nevertheless, these developments pale alongside a long-term trend that could wreck the GOP for decades.

The trend hasn’t been seen in American politics since the 1930s. Back then, Democrats swept into office on voters’ anger at the GOP’s limp response to the misery brought on by the Great Depression. Franklin D. Roosevelt’s election in 1932 marked the first time in 80 years that a Democratic presidential nominee had won a popular-vote majority, a feat FDR would repeat in the next three elections. But it was a related development that ruined the Republicans’ long-term chances. Young voters backed the Democratic Party by more than 3-to-2 in the 1932-44 elections, and they maintained their party loyalty throughout their lives. Election after election until the late 1960s, their votes carried Democrats to victory.

It has happened again. Exit polls indicate that voters under 30 backed the Democratic presidential nominee by more than 3-to-2 over the past five elections. And as they’ve aged, they’ve continued to vote Democratic. This cohort now includes every adult under the age of 45 — half of the nation’s 209 million adults.

Young voters carried Joe Biden to victory in 2020. According to exit polls, the two-party vote among those under 45 years of age split 57%-43% in Biden’s favor, whereas those 45 and older went for Trump by a 52%-48% margin. What kept the election somewhat close was that older voters turned out at a somewhat higher rate.

But older voters will gradually die out of the electorate, and there are few Republican reinforcements in sight. Pollsters find that most young adults hold positions at odds with those of the GOP. Eighty-three percent support gay marriage, 81% back giving permanent legal status to Dreamers, and 70% would raise taxes on the wealthy. Three times as many young adults say that “bold action” is needed on climate change as say it’s not needed. By seven-to-one, Gallup found 18-to-29-year-olds supported the racial protests triggered by the death of George Floyd while in police custody.

The list could go on, but the point would be the same. The GOP’s agenda has no appeal to most young adults.

Even glimmers of Republican hope diminish upon a closer look. White voters are the GOP’s most loyal supporters. But in 2020, according to exit polls, the margin among white voters under 30 was only 9 percentage points in Trump’s favor, compared with his 17-percentage-point margin among those 45 and older.

Half of today’s young voters are minority group members, and they are staunchly Democratic. Among those under 30, 87% of Black voters, 83% of Asian American voters and 73% of Latino voters cast a Democratic ballot in the 2020 presidential race.

Rather than reaching out to minorities, Republicans have sought to dilute their influence through all manner of dirty tricks. The idea of disenfranchising minorities was first hatched by the Republican-controlled legislatures of Indiana and Georgia. They enacted laws requiring residents to have a government-issued photo ID in order to register to vote, although it is clear that minority groups are far less likely than white Americans to have a passport or driver’s license. And the GOP is now doubling down on voter suppression. In Republican-controlled state legislatures in 2021, the Brennan Center for Justice counts 253 bills that would limit ballot access by, for example, curtailing mail-in voting, early voting and absentee voting.

Whatever the short-term advantage of these hijinks, suppression lengthens the memory of the suppressed and trickles down to the next generation. The GOP’s image among America’s minority groups is damaged and cuts across all ages. To be sure, Trump picked up percentage points among minority group voters in 2020 compared with 2016, but that’s a small gain given that Black, Latino and Asian voters, according to the exit polls, collectively backed Biden by a 75% to 25% margin.

Republicans will be unable to reverse the generational trend any time soon. The GOP is anchored on the right by reactionary talk show hosts and hardline primary voters. And unlike the early 1900s, when the likes of progressive Theodore Roosevelt rose to fight the takeover of the Republican Party by reactionaries, today’s GOP has sidelined its moderates. At the time of his death in 2018, John McCain was more popular among Democrats than among Republicans, a position that Mitt Romney now holds.

If first-time voters continue to align with the Democratic Party by a three-to-two margin, the GOP will be reeling from generational change alone. By 2028, the Democratic wave among young voters that began in 2004 will include more than half the voting electorate. By the 2030s, Republicans will be facing the prospect of losing elections by a roughly 60% to 40% margin. The last time that a political party regularly got whipped that badly was during the heyday of the Democrats’ New Deal coalition.

Thomas E. Patterson is Bradlee professor of Government & the Press at Harvard’s Kennedy School and author of “Is the Republican Party Destroying Itself?”