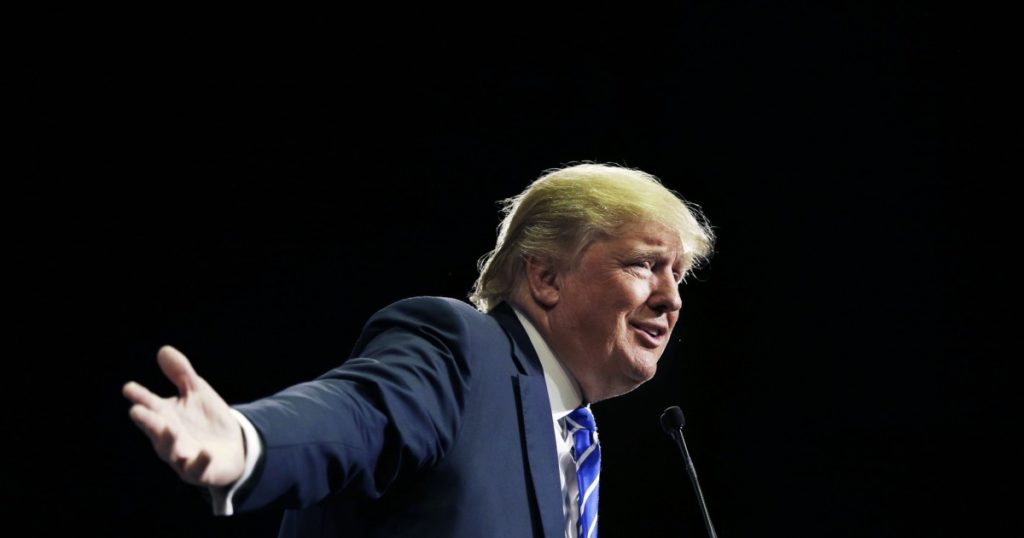 After Jan. 20 — and possibly earlier — President Trump exits the present and enters history.

On several occasions, Trump has suggested that he expects to take his place on the list of former presidents aside Abraham Lincoln, presumably knocking George Washington, Thomas Jefferson and all the others in the top rank down a tick. To put it politely, he needs to adjust his expectations.

Although he has been accustomed to grading himself, those days are over. Also over are the days when he can celebrate his ratings based on the profuse praise from ardent fans of his Twitter account or his forever friendly true believers on Fox News.

His fate is now in the hands of American historians and those political scientists who specialize in the presidency. The scholarly assessment of presidents dates from 1948, when Arthur Schlesinger Sr. launched the tradition at Harvard. Since then, presidential ratings have been recalibrated off and on, in projects taken up at various times by the Chicago Tribune, the Chicago Sun-Times, the Wall Street Journal and the Political Science Quarterly. In recent years, the most cited poll has been conducted in the second year of each president’s first term by the Siena College Research Institute. Wikipedia now publishes an online digest of all the scholarly ratings.

A remarkable consensus has emerged over time about the top and bottom of the list. The top five are often referred to as “Mt. Rushmore plus one”: George Washington, Thomas Jefferson, Abraham Lincoln, Theodore Roosevelt and the only four-termer, Franklin D. Roosevelt. The bottom five include the likes of Franklin Pierce, Millard Fillmore, James Buchanan, Andrew Johnson and Warren Harding. Lincoln, who saved the Union, was No. 1 in an American Political Science Assn. poll in 2015; Buchanan, who was prepared to let the South secede, came in last. Probably the greatest shift in the ratings has occurred with Ulysses S. Grant, who began at the bottom but has made his way into the top half in some recent polls.

Where will Trump land? Several factors will work against him in any case: One-term presidents tend to rank low; impeached presidents also suffer in the ratings, and Trump may be impeached twice. In what amounted to a preliminary peek, the political scientists’ group included Trump on its 2018 presidential list. He finished last. That assessment, of course, was made before we watched him incite chaos at the U.S. Capitol and before his epic failure in managing the COVID-19 crisis.

Some measure of salvation for Trump may come in popular polls such as those conducted by Gallup and Quinnipiac University, which track the opinion of ordinary citizens, usually about recent presidents. (Trump is likely to dismiss the scholarly assessment in the same strident fashion that he has dismissed his electoral defeat, claiming the ratings are rigged.) For the last decade, John Kennedy and Ronald Reagan have vied for the top of the popular ratings while ranking mostly out of the top 10 in the scholarly polls.

My own best guess is that the popular vote on the Trump presidency will be bimodal. His loyal followers will rank him first. A larger group will rank him last. He is likely to end up just below the middle, where Jimmy Carter currently resides.

Over the long haul, however, it’s the historians who write the history and therefore will decide how posterity remembers Trump. I suspect the tour guides at Buchanan’s National Historic Landmark homeplace, Wheatland, in Pennsylvania, are already celebrating. Their man, they must fondly hope, will never be last again.

Donald Trump is quite likely to assume the title as the worst president in American history.