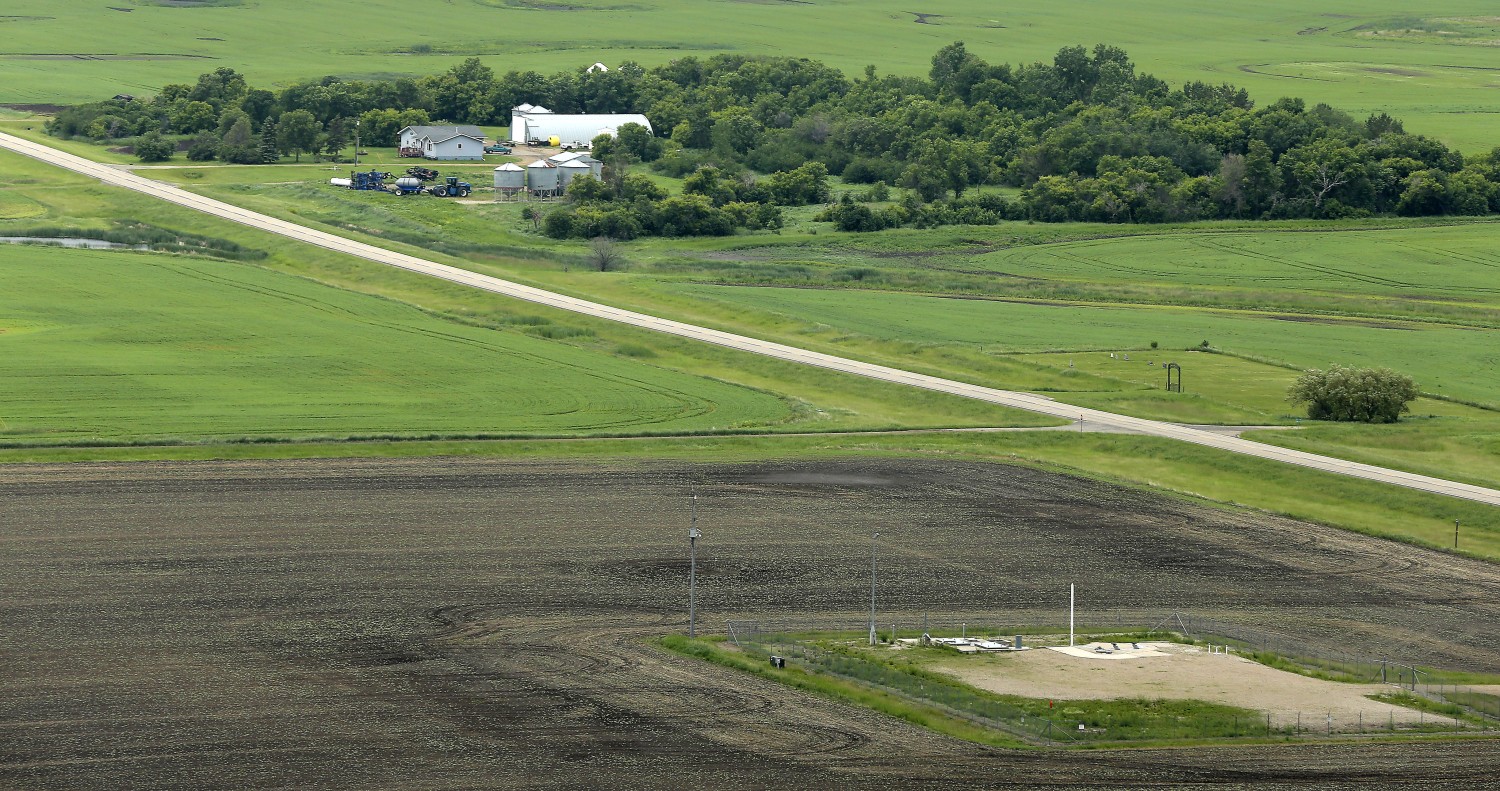 Across five Western states — under farmland, windblown fields of grazing cattle and Great Plains plateaus — 400 aging nuclear-armed ballistic missiles stand at the ready. From a distance, the isolated, fenced-off areas look like they might be for wells pumping water, or fiber optic cable repeaters. What is underground, however, is neither water nor the internet, but weapons so powerful that if used or attacked, it could alter global climate and end civilization.

It falls to the Biden administration to decide the fate of America’s ground-based missiles — ICBMs, intercontinental ballistic missiles — either extending their life, replacing them with newer models or filling the silos with concrete and ending almost 60 years of maintaining an atomic arsenal on the High Plains. The decision should be clear. Today, effective deterrence doesn’t require all three legs of a nuclear “triad” — ground- and submarine-based missiles, and bombers. It is best achieved by keeping warheads mobile at sea or in the air, not in holes in the ground whose location has not changed in decades.

Before the first Nixon-era arms control agreements, Washington and Moscow raced to produce more nuclear weapons. Then a series of treaties eventually limited both sides to the same number of deployed long-range nuclear weapon delivery systems and warheads, currently set at 700 and 1,550, respectively. Today each side achieves those limits with its own mix of bombers and sea- and ground-based missiles, striving for numerical equivalence.

For decades, U.S. nuclear policymakers have sized America’s arsenal by determining how many weapons were needed to survive an attack and still be capable of destroying hundreds of targets in Russia, and later China. Part of the calculus is having enough warheads and delivery systems to hit many targets with more than one warhead from multiple legs of the triad.

President Biden should challenge the “equivalence” and “redundancy” assumptions that underlie the current triad calculus. For too long, these givens have reinforced the mistaken belief that there could be a winner in a nuclear war. That idea has lost all credibility. As President Reagan concluded more than 35 years ago, a nuclear war cannot be won and must never be fought.

In reality, nuclear weapons today have only one purpose: to deter the other side from using theirs while governments work to prevent their spread and ultimately end them as a threat to the world.

If there were any doubts, the latest studies about how nuclear war could alter world climate suggest that even what’s considered a small war — involving several hundred weapons — could produce “nuclear winter,” shattering the planet’s food supply and setting off an unprecedented famine with devastating global repercussions. The economic, social and governmental collapse would mean the end of civilization as we know it, suicide for humanity.

Those contemporary climate studies should be employed to force down the number of nuclear weapons in global stockpiles. It makes the most sense to determine the size of our arsenal not based on how many weapons another country has or might have, plus redundancy, but on the number we really need to assuredly deliver a few hundred warheads in retaliation and thus deter any nation from launching a nuclear war.

And, as the numbers necessary for a credible deterrent drop, so does the need for ground-based missiles in silos. Those who advocate for investing $100 billion in new, more modern ICBMs argue that their mere existence requires an enemy to target each one of them, making it more difficult to destroy our nuclear force than if we had only weapons deployed on submarines at sea and on long-range bombers. In short, they see ground-based missiles as “sponges” designed to absorb a nuclear attack.

Yet 400 nuclear explosions in the American West would surely risk triggering nuclear winter. Why would we deploy our forces in such a way as to invite that kind of attack? Mobile warheads at sea are more likely to survive a surprise attack and be available for retaliation than ICBMs.

To achieve deterrence, then, we should rely on warheads aboard submarines deployed stealthily at sea on “day-to-day” alert — Part 2 of the current triad. Rather than adding to or modernizing ground-based weapons, make whatever changes are necessary in our submarine-based forces to ensure their efficacy.

Critics of relying on the submarine force fear that fewer subs deployed with fewer warheads — even if invulnerable to attack today — could someday be found and destroyed. While that seems unlikely with existing anti-submarine warfare technology, a residual bomber force armed with cruise missiles would provide a credible hedge and would be enough to convince any rational nation that any nuclear war would be unwinnable.

We have an opportunity to resize and rationalize our nuclear deterrent, not based solely on a “traditional” set of military targets built around equivalence and redundancy but instead on what we need for a credible, survivable deterrent — taking account of climate science. We should fill those silos with concrete, not expensive new missiles.

Richard A. Clarke was assistant secretary of State for politico-military affairs from 1989 to 1992 and later served 10 years in the White House. Steve Andreasen was the National Security Council’s staff director for defense policy and arms control from 1993 to 2001 and teaches at the Hubert H. Humphrey School of Public Affairs at the University of Minnesota.