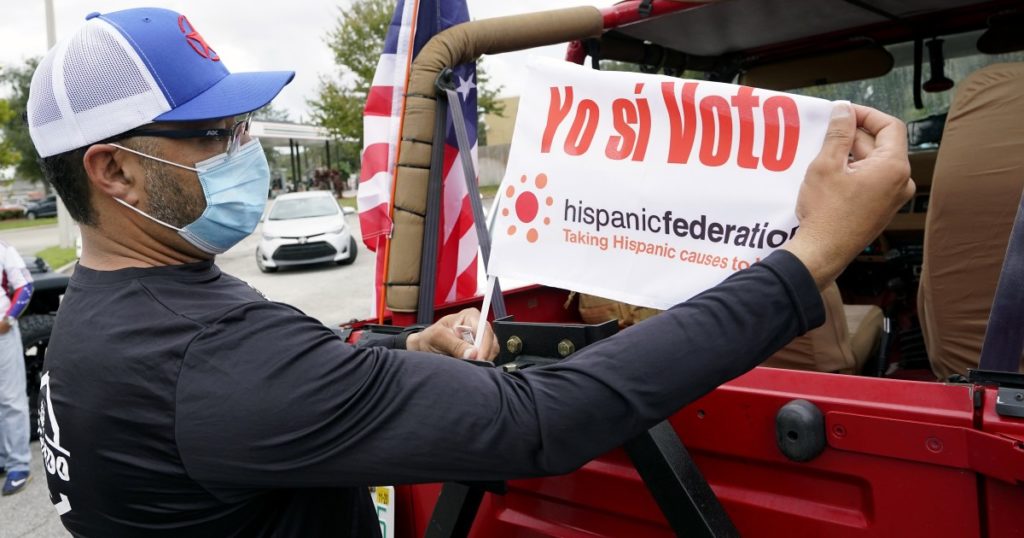 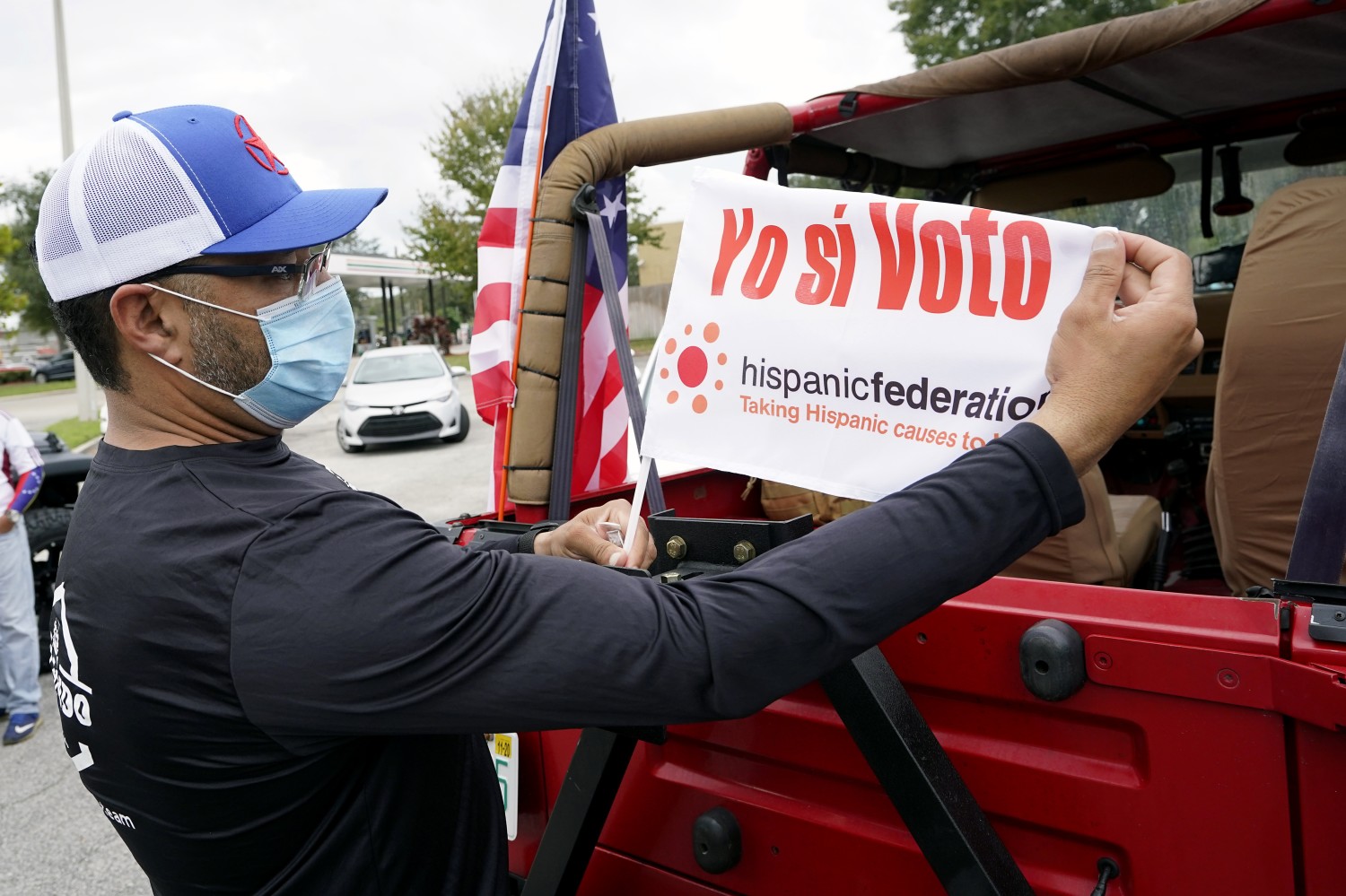 What moves Latino voters? Many journalists and partisan operatives are right now frantically, often superficially, dissecting the so-called “Latino vote.” Once again, we hear halfhearted claims that Latino voters are “heterogeneous,” a “complex” electorate, followed by surprise that voters in some areas did not vote as expected. As political sociologists, we find that much of the discussion doesn’t do justice to the hows and whys of Latino politics.

What 2020 showed emphatically is that much of what moves Latino voters — and all voters for that matter — happens at the local level. That’s where you find committed organizers and interest groups, working diligently in their own communities, district by district, county by county, state by state. While partisan campaigns capitalize on this work, these local efforts should not be seen as appendages of the major parties or candidates. Local leaders and their national counterparts are moved to action bytheir communities’ particular issues and needs, not narrow partisan agendas.

The trend was particularly clear in Arizona, where a new generation of activists and organizations played a major role in turning a red state blue. Formed in the shadow of SB 1070 — the state’s infamous (and mostly overturned) anti-Latino and anti-immigrant “show me your papers” legislation — groups such as LUCHA (Living United for a Change in Arizona) and Poder in Action built an infrastructure that helped root out the anti-Latino Maricopa County Sheriff Joe Arpaio and solidified Mexican American and immigrant rights activism. In 2020 these well-established organizations made it their mission to convince eligible nonvoters that taking part in the election was an important way to confront nativists and white supremacists, and to finally bring state attention to the plight of Latino barrios and other marginalized communities.

In Milwaukee, a network of Mexican, Puerto Rican and Central American organizers, inspired by African American groups, worked to update Wisconsin’s Latino voting records and speak to communities about the importance of voting in the state. These groups were worried about the effects of COVID-19, economic inequality and the treatment of immigrants — pressing local issues. Yet their efforts had national ripple effects. UCLA’s Latino Policy and Politics Initiative called the Latino vote decisive in Wisconsin, where Biden won the battleground state.

In Georgia, Mexican and Central American immigrants joined coalitions with African Americans to register and turn out the vote for 2020, a hyperlocal effort credited with a historic result: Biden is the first Democratic presidential candidate to win the state since 1992. Indeed, from what we know now, the Latino vote doubled in Georgia compared with 2016, with more than 60% of it going to the Democratic candidate. The civic engagement guru Stacey Abrams noted before the election, “Latino voters in Georgia are an essential part of the coalition that will elect Joe Biden in Georgia.”

While the available data suggest that efforts to grow the Latino electorate in most swing states benefited the Biden campaign, in fact, in many cases, the on-the-ground organizers were critical of the Democratic Party for not being rooted enough in the local communities. In Miami-Dade County and in Philadelphia, where Latinos voted heavily for the Democratic ticket, organizers lamented late, and minimal, attention to their communities.

“We didn’t really see the Biden campaign or any Democrat holding office right now anywhere near [Latino] neighborhoods until two weeks before the election. It was crickets,” Vanessa Maria Graber, lead organizer with the grass-roots voter registration group Philly Boricuas, told the Philadelphia Inquirer. What was effective: Puerto Rican, Dominican and Mexican American affinity groups, partnering with Spanish-language radio stations, that on their own developed bilingual voting guides and held virtual town halls to help their constituencies understand the ballot and how to vote by mail.

In south Texas, where many Latino voters deserted Democrats, the story was similar, along with signs of a stronger GOP ground game. A disaffected former Democratic campaign worker, Aron Pena, told the Washington Post that he took a lesson in grass-roots organizing from President Obama’s resume and applied it to rural Hidalgo County, putting together gun groups, scout troops, Bible studies and college Republican clubs, all with an eye toward recruiting new Republicans. In 2016, Hillary Clinton won Hidalgo County by 41 points; in 2020, Biden won by just 17. Community-based efforts can make a difference on both sides of the aisle.

The Latino vote is complex, but we should not expect it to be otherwise. Latinos are a large, growing and dynamic demographic; they have different needs and experiences, and they shouldn’t be ignored or written off as a “bloc.” It only makes sense that the decisive and critical election work happened at the local level in 2020, as part of community campaigns that worked, often against great odds and on shoestring budgets, to reach Latino voters. This year, in a context of aggressive attempts at disenfranchisement, party neglect and anti-Latino rhetoric, those efforts managed to create new political possibilities and helped to reshape the U.S. electoral landscape.

G. Cristina Mora is an associate professor of sociology at UC Berkeley. She is the author of “Making Hispanics: How Activists, Bureaucrats, and Media Constructed a New American.” Michael Rodríguez-Muñiz is an assistant professor of sociology and Latina/o studies at Northwestern University. His book “Figures of the Future: Latino Civil Rights and the Politics of Demographic Change” is scheduled to be published in May.