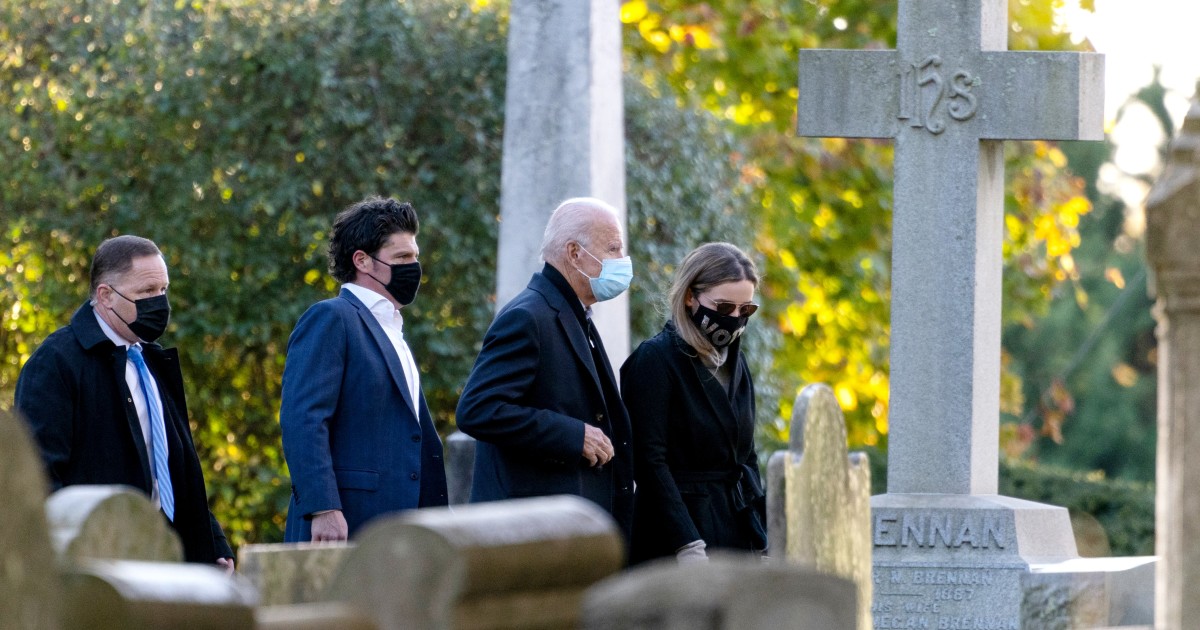 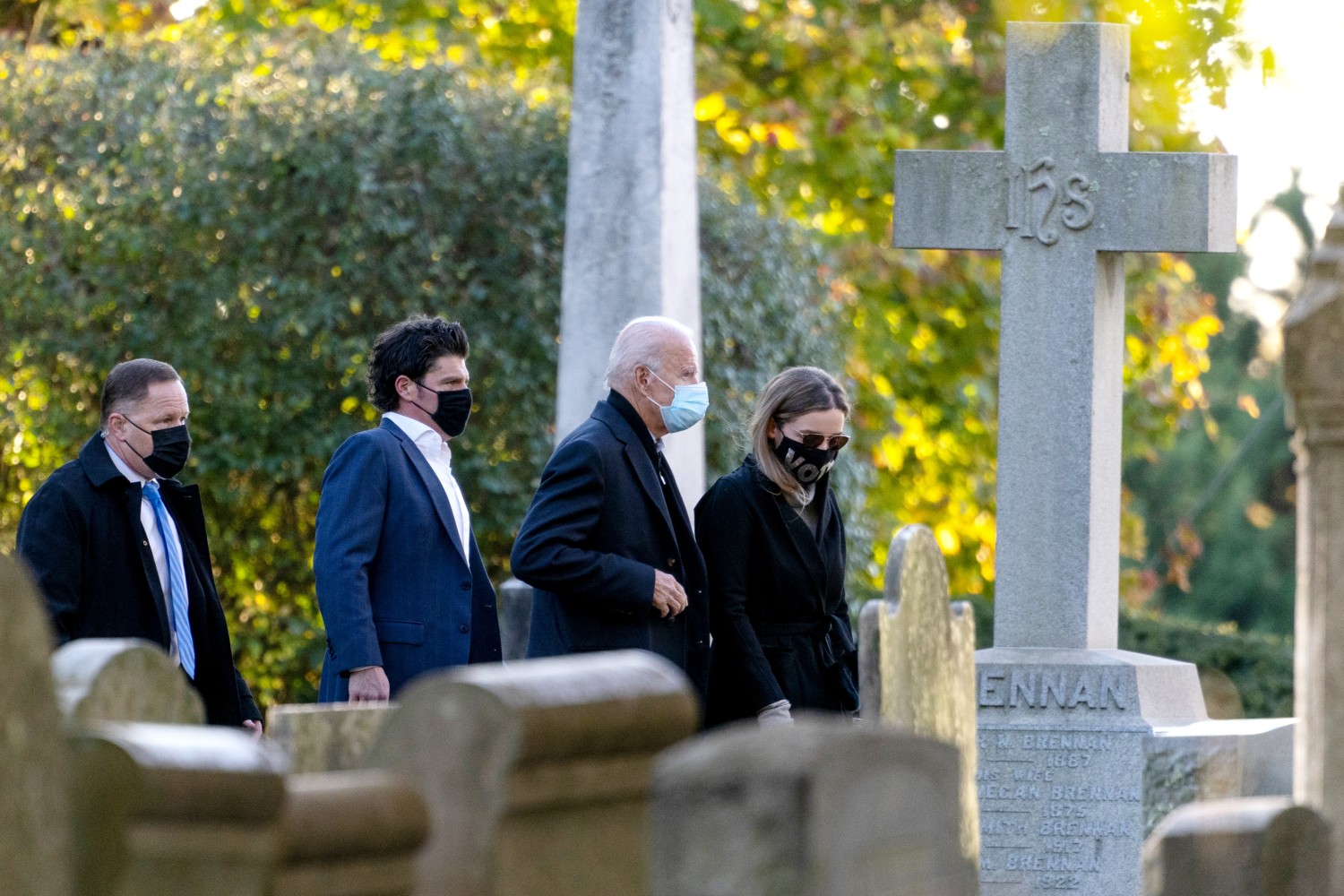 The election of the second Roman Catholic as president of the United States should be the occasion of great celebration among his coreligionists. Not all Catholics supported Joseph Biden, of course, though about half did. On Nov. 7, the head of the U.S. Conference of Catholic Bishops, José Gomez, archbishop of Los Angeles, congratulated Biden and Kamala Harris, and five days later so did Pope Francis. Then last week, Gomez wasn’t so sure. On Tuesday, at the end of the national meeting of the American bishops, he declared that the president-elect’s support for abortion rights presents the church with a “difficult and complex situation.”

News reports suggest that the bishops may want to deny Biden, a lifelong Catholic, access to the sacrament of Holy Communion, much the way that conservative bishops declared John Kerry, the Democratic presidential nominee in 2004, unwelcome at the communion rail in their dioceses. Gomez has set up a task force to consider the matter. No one is yet calling this a threat of excommunication, but that effectively is what the bishops are considering.

Back in 2016, the same U.S. Conference of Catholic Bishops rushed to congratulate Donald Trump after his presidential victory, even before the results were certified. This year, at least one member of the conference, Bishop Joseph Strickland of Tyler, Texas, refused to acknowledge Biden as president-elect after the race was called.

To pretend that there is anything approaching moral equivalency between Joe Biden and Donald Trump, let alone to decide the matter in Trump’s favor, represents an appalling failure to exercise ethical judgment.

President Trump without remorse has separated refugee children from their parents and confined them to cages; he has borne false witness more than 22,000 times during the course of his presidency; and he has used his office to advance his political, economic and legal interests. All of that, you may say, emerged after the bishops offered their 2016 postelection congratulations, but Trump’s life to that point — littered with divorces and extramarital affairs, with workers forced to sue for their rightful pay, as well as his nasty, race-baiting campaign — foretold it all.

In what moral universe does Joe Biden, devout Roman Catholic, public servant and family man, present the bishops with difficulties and complexities while Trump gets a pass? Although the bishops and many Americans may disagree with his stand, Biden’s position on abortion rights is hardly unprincipled. It rests on constitutional values and the law of the land, on the 1st Amendment and the separation of church and state, on the belief that the choice to terminate a pregnancy should be determined by a woman and not by the state.

Perhaps we should shrug off the prospect of the U.S. Catholic hierarchy trying to bend Joe Biden to an absolutist antiabortion rights stance — a position, according to the Pew Research Center, not shared by a majority of Catholics or a majority of Americans. I worry that the move to censure Biden represents an attempt to reassert the “great medieval synthesis,” when the Vatican sought to elevate its claims of precedence over all other temporal authorities.

The best historical example is the so-called Investiture Controversy, when in 1077 Pope Gregory VII kept the Holy Roman Emperor, Henry IV, kneeling outside in the snow for three days, awaiting a papal blessing.

A more recent instance is the church’s handling of its pedophilia crisis. The day before Pope Francis called Biden, the Vatican released a report implicating Pope John Paul II for ignoring information about former Cardinal Theodore McCarrick’s sins as he elevated McCarrick in the church. Again and again throughout John Paul II’s papacy, as well as that of his successor, Benedict XVI, the Vatican argued that the church could take care of abuse investigations and punishment internally, without the intervention of civil authorities.

How did that work out?

The era of the great medieval synthesis is long past. The Catholic bishops have every right to offer moral guidance to the faithful — although given the pedophilia crisis and their tacit support for Trump, even their moral authority is compromised. But they should think twice about trying to bully a Catholic public official with the threat of withholding the Christian sacraments.

The last time Trump ventured near a church in public was a ginned-up photo-op outside St. John’s Episcopal Church across Lafayette Square from the White House. He held up the Bible like he was selling a box of detergent. As for Biden, he started election day with Mass at St. Joseph on the Brandywine, his home parish in Wilmington, Del. — the place where his first wife, his daughter and his son are buried. Biden was back in the pews the following Sunday, the day after the election was called in his favor.

Trump was on the golf course.

The Catholic bishops should recognize that election of a devout Roman Catholic to the presidency is an occasion for celebration, not retaliation.

Randall Balmer, an Episcopal priest, teaches at Dartmouth College. His latest book, “Solemn Reverence: The Separation of Church and State in American Life,” is scheduled for publication in February.