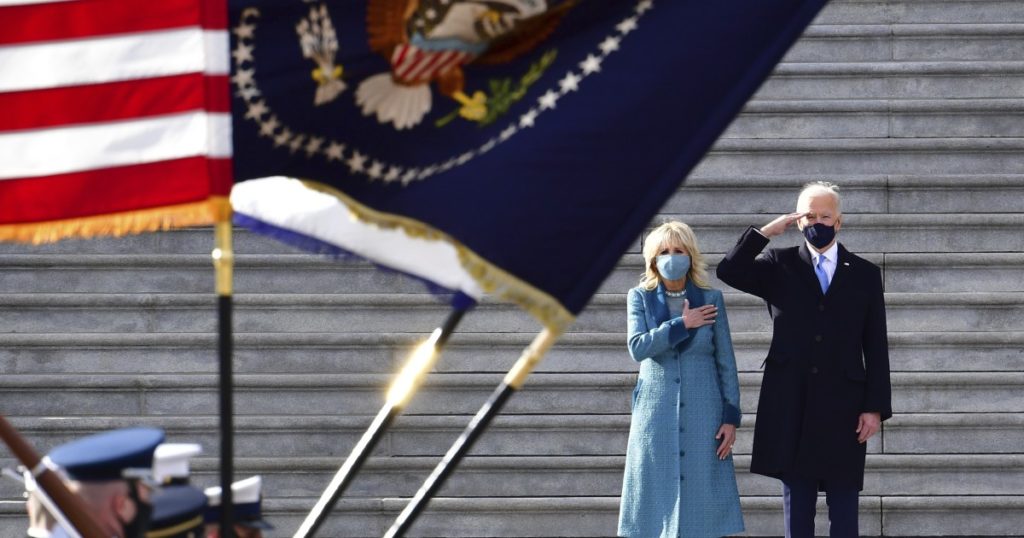 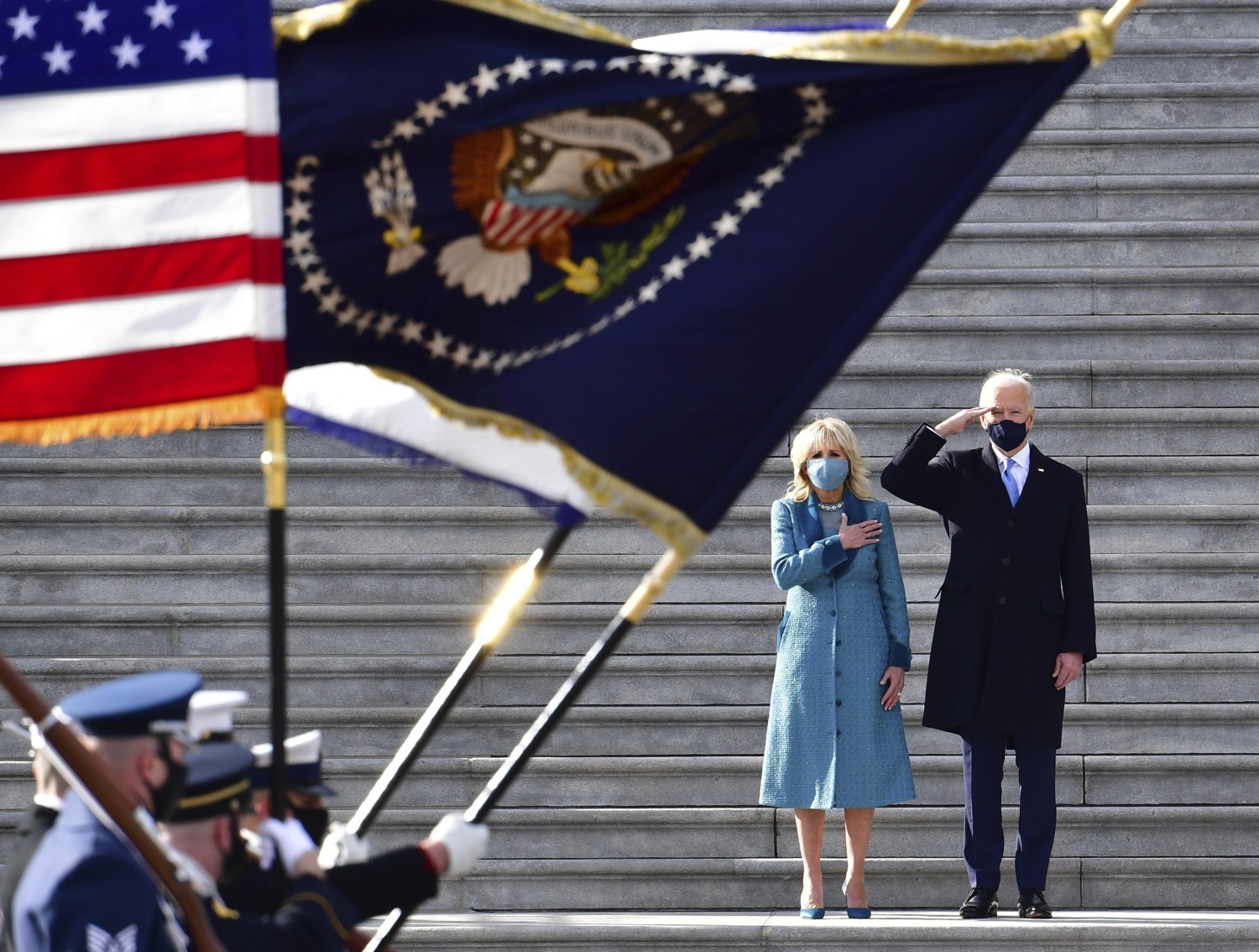 Thus far in Joe Biden’s young presidency, he has issued a blizzard of executive orders and memos — on the climate crisis “here and abroad,” on “Ensuring the Future is Made in All of America by All of America’s Workers,” on immigration, COVID-19 vaccination, the minimum wage and more. Yet one subject is missing from these various initiatives: war.

Given our nation’s propensity for using force (of late, not very successfully), for marketing massive quantities of arms abroad (often to unsavory regimes), for maintaining a globe-spanning conglomeration of foreign bases (some dating from World War II), and for spending way more on our military than on anyone else on the planet, it is passing strange that the new commander in chief’s passel of executive commands and hopes has had nothing to say about military matters.

OK, not nothing. Biden ordered that President Trump’s prohibition on transgender people serving in the armed services be lifted. But that’s it. And forgive me for suggesting that this particular action has less to do with expanding the pool of potential military recruits than with scoring points in the latest rounds of the culture war.

Presidential authority is greatest when the occupant of the Oval Office dons the garb of U.S. commander in chief. Yet Biden seems reluctant to exercise that authority. He is acting with considerable vigor to implement an ambitious agenda, except when it comes to basic military posture and policy.

And it’s not for want of matters requiring urgent attention. There are plenty of commander in chief issues crying out for timely executive action. With a few strokes of the presidential pen, Biden could initiate a badly needed overhaul of basic U.S. national security policy.

Abrogate the Bush doctrine of preventive war. Instead of favoring preemptive attacks on our adversaries, a Biden doctrine could declare that the United States could henceforth employ force only in self-defense. No more wars undertaken pursuant to hopes and dreams that coercive regime change will result in the emergence of stable democracies.

Declare Congress’ 2001 Authorization to Use Military Force inoperative. Since its passage, with Rep. Barbara Lee (D-Oakland) casting the sole dissenting vote, the AUMF has been cited on 41 occasions as justification for attacking 19 countries. Biden should insist on specific prior approval from Congress for any further use of force, other than in response to direct attack on the United States. To put it another way, he should demand that the senators and representatives fulfill their constitutional responsibility.

Commission a panel to study the wars in Iraq and Afghanistan. The two longest wars in U.S. history are ending in failure. In neither Iraq nor Afghanistan have U.S. forces accomplished their assigned mission to create stable democracies. How did this happen? Given oft-repeated claims that ours is the best military in all recorded history, the American people deserve an answer to that question. Biden should create a 9/11-style commission to provide an authoritative answer.

Let me suggest former Sen. Bob Kerrey (D-Neb.) and retired Adm. Michael G. Mullen, former chairman of the Joint Chiefs of Staff, to lead the investigation. They won’t flinch from the truth, which is quite likely to be ugly. But let us at least learn something in return for the more than $6 trillion that we have wasted in our forever wars.

Reexamine the allocation of nuclear release authority. As the Trump administration descended into a chaotic attempt to overturn Biden’s win, a long-ignored question made its appearance on the public policy agenda: You mean that guy has the authority to order a nuclear attack whenever the spirit moves him? Answer: Indeed. As does Biden. As will Biden’s successor, whoever she or he may be. (Perhaps Donald Trump!) How can it possibly make sense to give one single individual the power to plunge the planet into nuclear Armageddon, when the Cold War — the rationale for investing the U.S. president with this authority — ended decades ago? The obvious answer: It doesn’t make sense. If Biden fixes this, future generations will owe him a great debt.

Suspend modernization of the U.S. nuclear strike force. While we’re on the subject, the estimated cost of modernizing our nuclear weapons, initiated by President Obama, is $1.7 trillion. That’s money that won’t be available for Biden’s promise to “build back better” a nation in desperate need of domestic renewal. Given the multiple crises confronting the United States, you have to wonder if we really need a next-generation long-range bomber, new missile-launching submarines, new ICBMs and a family of “more flexible” nuclear warheads. Biden can issue an executive order that pauses this program and gives it a second look.

Finally, direct Defense Secretary Lloyd J. Austin III to assess the effect of an all-volunteer force on American society. Equity is emerging as a central theme of the Biden administration’s approach to governance. When it comes to fighting and dying for the country, does a volunteer military make for equity? Or does the burden fall unequally, with some segments of the population doing more than their fair share while the rest ritually recite, “Thank you for your service”? For a democracy that finds itself perpetually at war, does our current military system satisfy the essential requirements of both effectiveness and fairness? Or is the all-volunteer force merely convenient?

I understand that Biden has a full plate just now. But it has to include his work as commander in chief. Don’t delay, sir.

Andrew Bacevich is president of the Quincy Institute for Responsible Statecraft. His latest book, “After the Apocalypse: America’s Role in a World Transformed,” is due out in June.