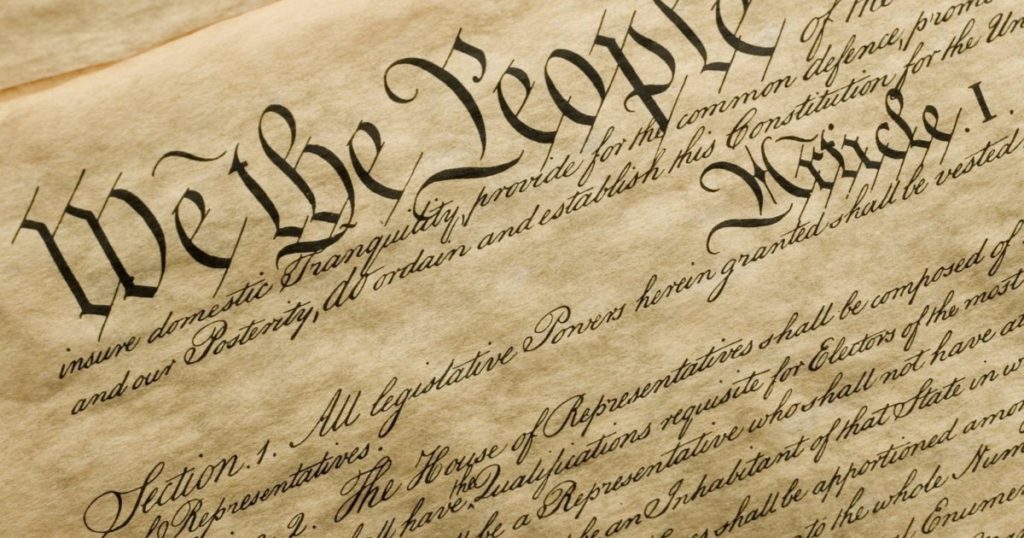 The electoral college has been an anachronism for over a century. If by some miracle we could bring the Founding Fathers back via time machine, they would almost to a man express surprise that we still elect presidents using the weirdly complicated, state-based framework they invented during the late summer of 1787. The electoral college is the sour note within the otherwise artful song called the Constitution, and it has produced grimaces and groans from generations of American students, outright bewilderment from the rest of the world and programmed political chaos in the 2020 election.

This institutional albatross is the product of a compromise reached in mid-to-late August of 1787 between the two competing factions at the Constitutional Convention in Philadelphia: the nationalists, who sought to replace the state-based government under the Articles of Confederation with a sovereign federal government; and the confederationists, who preferred modest reform of the Articles that left domestic policy in the hands of the states. The electoral college replicated the Great Compromise reached in July that gave the nationalists popular representation in the House, and the confederationists representation in the Senate. The disproportionate advantage that small states enjoyed in the Senate was thereby embedded in the electoral college.

Neither side was happy with the split-the-difference solution. James Madison, the preeminent nationalist, wrote (in code) to Thomas Jefferson in Paris, lamenting that the Great Compromise and the electoral college had finessed the sovereignty question in a way that would come back to haunt posterity. He later claimed that the electoral college was a shoddy piece of work, done while the delegates were worn out, wanted to go home, and that its obvious flaws would, so he hoped, be corrected by subsequent constitutional amendments.

Madison’s desire for a fix have not gone wanting for lack of effort. The most informed student of the subject, Harvard historian Alexander Keyssar, has identified nearly 900 efforts to reverse or abolish the electoral college since 1800. All have failed in part because a constitutional amendment is hard to pass, requiring supermajorities in both branches of Congress and the state legislatures, and in part because different interest groups over the years have mobilized to oppose change for different but always partisan reasons.

The most consistent opponents, not surprisingly, have been the small (in population) states. The Dakotas, Wyoming, Montana, Vermont and Rhode Island carry additional electoral college weight compared with a population behemoth like California, and some of them remain loath to abandon it.

Otherwise, opponents of reform have tended to speak with a Southern accent: defenders of slavery in the antebellum era, and defenders of racial segregation during the Jim Crow era, all beneficiaries of the state-based advantage in both the Senate and the electoral college. More recently, space has joined race as a factor in providing the Republican Party with electoral-college majorities in the rural Midwest.

It has become received wisdom in the GOP that, given the demographic changes in the population, it cannot win a popular election for the presidency. One can therefore expect the Republican Party to regard the abolition of the electoral college as a death sentence. Unless and until the GOP undergoes root-and-branch reform, and becomes the center-right party we desperately need, passage of a constitutional amendment abolishing the electoral college faces an updated version of the partisan opposition that has blocked reform for over two centuries.

There are two alternative courses of action, both of which sidestep the political challenge posed by a constitutional amendment by attacking on the flanks, that is in the states.

First, Maine and Nebraska have already taken the initiative by declaring that their electoral votes would not be awarded on a winner-take-all basis, but proportionally according to the popular vote within the state. Second, a broader version of the same strategy called the National Popular Vote Interstate Compact has obtained commitments from 15 states and the District of Columbia to cast their electoral votes for the presidential candidate winning a majority of the national vote. (The pact goes into effect when it includes enough states to command a majority in the electoral college.)

These are both shrewd tactical schemes that move us closer to the promised land without challenging the framework of the electoral college. They skirt the high hurdle posed by a constitutional amendment. From a purely pragmatic perspective, they represent the smart play.

From a purely historical perspective, however, let me propose that a direct frontal attack on the principles behind the electoral college is the superior play. Why? Because the United States is a nation and not a confederation. (That issue was not resolved in the courts or at the ballot box, but on the bloody fields of the Civil War.) The presidency is the one and only elected office whose occupant represents all the American people. His or her election should be a collective statement of the entire citizenry as Americans rather than residents of specific states.

Senators would continue to represent states. And the political advantage enjoyed by small states would sustain the federalist principle in Congress, but the presidency would become electorally what it has long since been politically, the symbolic and substantive embodiment of the American nation as a whole. Best to face this fact squarely rather than finesse it. Even if it means a prolonged battle in Congress and then the states, as it probably will, this is the right fight to have. And now is the time to put it on the table.

The answer has actually been staring us in the face for all these years in the first words of the Constitution. Given the task of editing the final draft of the document, Gouverneur Morris, the peg-legged delegate from Pennsylvania, changed “We the people of New Hampshire, Massachusetts, Connecticut” and so on state by state down the Atlantic coast, to “We the people of the United States.” It might be the most significant editorial change in American history. Let’s at last make it true.

Historian Joseph J. Ellis’ latest book is “American Dialogue: The Founders and Us.”