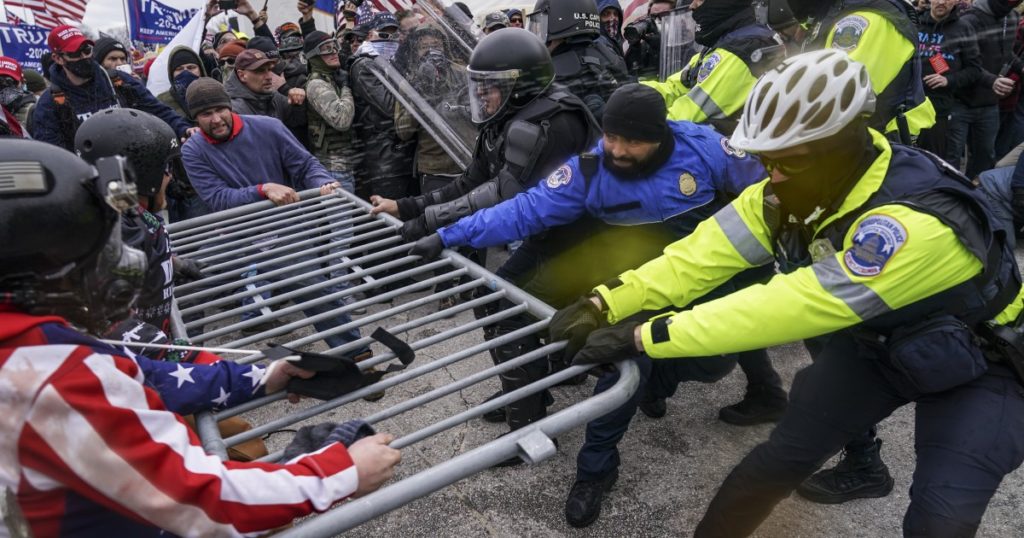 The Jan. 6 attack on Congress takes its place next to the other terrible national traumas of the past 60 years — the JFK assassination, the race riots of 1967-68, the Challenger space shuttle crash and 9/11. Like those other shocks to our national consciousness, Jan. 6 demands a seminal, sweeping account of what happened and why, a summation that anchors how that day is remembered for generations to come.

The reports of the Warren Commission (the assassination of President John F. Kennedy), the Kerner Commission (Black uprisings in Detroit, Newark, N.J., and other cities), the Rogers Commission (the Challenger failure), and the 9/11 Commission run by former New Jersey Gov. Tom Kean and former Indiana Rep. Lee Hamilton are essential reference points. Born of months of dogged research fortified by subpoena power and testimony under oath, these accounts transcend the books and lawsuits, congressional hearings and contemporaneous journalism of their time. They comprise the official memory of history we dare not forget.

Some say the political atmosphere now is too toxic, the level of disinformation too extreme to establish an inquiry into Jan. 6, whose conclusions will command the same respect as these four legendary presidential commissions.

This is nonsense. It should be remembered how “toxic” the atmosphere was when these other commissions did their work, and how susceptible the nation was then to easy answers and lies.

Congress authorized the 9/11 Commission just one month after the U.S. began its ill-fated war in Iraq. The Kerner Commission met at the height of the Vietnam War protests, when tens of thousands were angry and in the streets. Earl Warren, the ex-California governor and U.S. Supreme Court chief justice, led the JFK investigation when billboards proliferated across the county calling for his impeachment. His team put to rest a cottage industry of conspiracy theories, despite doubters to this day.

In each case, it was the sterling quality of the impartial commissioners that made their conclusions trustworthy. They considered their service to be a profound act of patriotism.

In the JFK investigation, in addition to Warren, there were two sitting senators and two congressmen of opposing parties (one was Gerald Ford), along with then-CIA Director Allen Dulles. Illinois Gov. Otto Kerner had among his 11 commissioners the mayor of New York, the executive director of the NAACP and a captain of industry, the founder of Litton Industries. One of the Challenger commissioners, Nobel Prize-winning physicist Richard Feynman, explained what brought down the shuttle by dunking defective O-ring material in a glass of ice water in a televised hearing. The 9/11 Commission included a former Watergate prosecutor, Richard Ben-Veniste, and the longest-serving governor of Illinois, Republican “Big Jim” Thompson, each with a decided independent streak.

To compose a Jan. 6 Commission of similar gravitas, a few initial steps would be necessary. The first is to remove Pelosi as the guiding force behind the effort. Pelosi’s proposed lineup of seven sitting Democratic members of Congress pitted against four Republicans is exactly the wrong way to go. The commission cannot appear to be a Trump impeachment by another name.

As happened after 9/11, Congress should pass a law authorizing a presidential commission without reference to its membership. The goal should be defined and limited to the Capitol attack — not as some Republicans have suggested, broadened to consider all “political violence.” What we need is a definitive account of what happened and why on both ends of Pennsylvania Avenue on Jan. 6, an examination of security failures and recommendations for how to protect the government in the future.

An adequate budget must be appropriated — the 9/11 Commission cost $15 million and had a staff of more than 75 — and the commission must be granted subpoena power.

Appointing the commission’s leaders would fall to President Biden. I can imagine the perfect choices: George W. Bush and Al Gore. Together, they have the necessary stature and standing for the task, and they represent the most notable recent example of a successful, albeit fraught, transfer of power under tense circumstances.

With Biden’s OK, the co-chairs would appoint the other commissioners. Any politicians in the mix should be out of office, not actively beholden to current party leaders.

Among Republicans, just retired Rep. Francis Rooney of Florida, a former ambassador to the Vatican, and ex-Sen. John Danforth of Missouri would be worthy choices, as would former Secretary of State Condoleezza Rice. Rooney and Danforth, an ordained Episcopal minister, would supply moral perspective. Among Democrats, Janet Napolitano, the former Arizona governor, Homeland Security secretary and University of California president, as well as ex-New Mexico Sen. Tom Udall and ex-Massachusetts Gov. Deval Patrick are options.

Worthy academic participants might be Catherine Drew Gilpin Faust, a historian and ex-president of Harvard, and political scientist Danielle Allen, director of Harvard’s Edmond J. Safra Center for Ethics. A captain of industry such as Norman Augustine, former head of Lockheed Martin and former chair of the U.S. commission on the economy, would be a plus, as would Richard Cohen, the former head of the Southern Poverty Law Center, which has been tracking domestic terrorists for years.

The options are many; the need is clear. In the absence of a well-constituted Jan. 6 commission, questions vital to our democracy will remain unanswered and conspiracy theories will persist. The “stolen election” fantasy might live on. Congress and the president must counter the forces that seek to diminish, exploit or bowdlerize our understanding of this terrible and confounding un-American event.

James Reston Jr. is the author of the recently published 9/11 novel “The 19th Hijacker: A Novel” and many nonfiction books, including “The Accidental Victim: JFK, Lee Harvey Oswald and the Real Target in Dallas.”