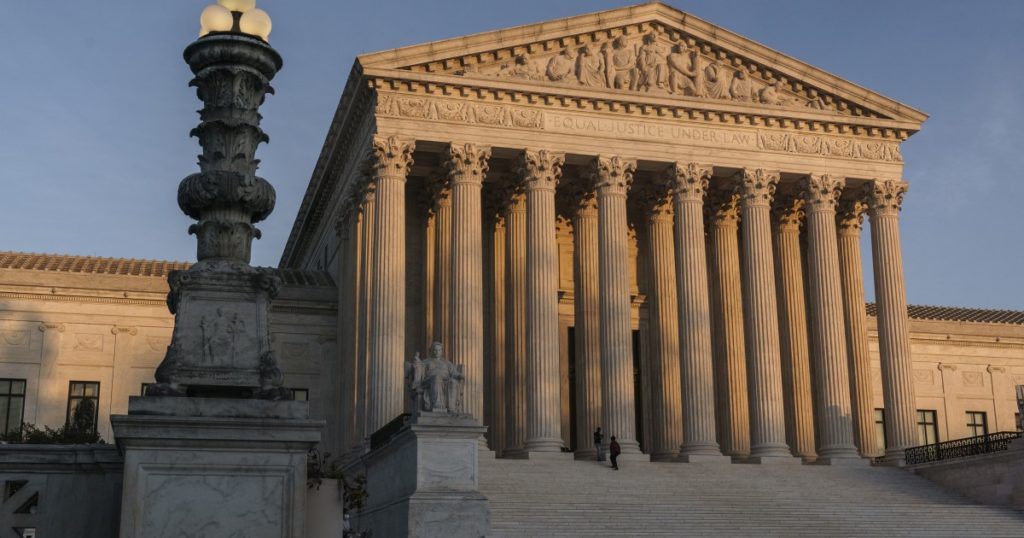 After countless dire predictions that Roe vs. Wade was in grave danger, that prospect became a reality when the Supreme Court granted review Monday of a Mississippi law that prohibits abortion after the 15th week of pregnancy. For months, the court took no action on Dobbs vs. Jackson’s Women’s Health Organization, raising hopes that perhaps its conservative majority was not ready to take up the issue of abortion. But the granting of review of the Mississippi statute, which will be heard in the fall, should frighten all who believe that women should have the right to reproductive autonomy.

Under existing law, there is no reason for the justices to hear this case unless a majority is prepared to dramatically change the law of abortion. In Roe vs. Wade, in 1973, the court held that the government cannot prohibit abortions prior to viability, the time at which the fetus can survive outside the womb. In 1992, in Planned Parenthood vs. Casey, the Supreme Court reaffirmed this.

It is generally accepted that viability occurs at about the 22nd or 23rd week of pregnancy. The Mississippi law unquestionably prohibits abortions before viability. That is why the lower federal courts had no hesitation in declaring it unconstitutional. Similar laws prohibiting abortions before viability have been repeatedly invalidated without the Supreme Court granting review. The court’s choice to take the case clearly indicates that there are at least four justices —the number it takes to grant review — who want to reconsider the core holding of Roe vs. Wade and Planned Parenthood vs. Casey: that the government cannot prohibit abortions before viability.

If the court overrules that aspect of these precedents, there is nothing to stop states from enacting laws that prohibit abortions even earlier than 15 weeks. Many states have adopted laws that prohibit abortions once a fetal heartbeat can be detected, which is at about the sixth week of pregnancy. This effectively ends most abortions, because many women do not know they are pregnant before that time. Some states, such as Alabama, have adopted laws prohibiting almost all abortions.

The reality is that there is a majority on the current Supreme Court that could overturn Roe vs. Wade and Planned Parenthood vs. Casey. In 2016, the court declared unconstitutional a Texas law requiring that doctors have admitting privileges at hospitals within 30 miles of where they practice to perform abortions. The five justices in the majority were Anthony Kennedy, Ruth Bader Ginsburg, Stephen Breyer, Sonia Sotomayor and Elena Kagan. Last June, the court struck down a similar Louisiana law, but with four justices — Clarence Thomas, Samuel Alito, Neil Gorsuch, and Brett Kavanaugh — dissenting and making clear that they would not just uphold that law, but radically change the Constitution’s protection of abortion rights.

In October, Justice Amy Coney Barrett joined the bench. As a law professor, Barrett expressed strong opposition to Roe vs. Wade and as a federal court of appeals judge she voted to uphold restrictions on abortion. That means that there are now five justices who seem likely to vote to overrule Roe vs. Wade. Chief Justice Roberts could be a sixth. Since joining the court in 2005, he has voted only once to strike down a restriction on abortion, and in that case he explained explicitly that he made his decision because it followed the precedent of a recent ruling in a similar case.

None of this should surprise anyone. A central aspect of conservative ideology for decades has been that Roe vs. Wade should be overruled. Republican presidents have picked conservative justices who were perceived as likely votes to strike it down. With Thomas, Alito, Gorsuch, Kavanaugh and Barrett on the bench there are at least five justices ready, willing and likely eager to do so. The Mississippi case that was just granted review provides them the vehicle.

What would overruling Roe vs. Wade mean? In some states, such as California and New York, abortion will remain legal. But it is likely that more than half of U.S. states would prohibit all or most abortions. Many have laws prohibiting abortions already on the books that will go into effect if Roe vs. Wade is invalidated.

The reality is that women with money who are seeking abortions will be able to travel to states where it is legal. But poor women and teenagers will not be able to do so. For them, it will be like it was before 1973: They will have to choose between an unsafe, back-alley abortion or an unwanted pregnancy.

Those who favor abortion rights should not be sanguine about the prospect that abortion foes will be satisfied with simply overruling Roe vs. Wade. I predict that the next time there is a Republican president and a Republican Congress, there will be an effort to adopt a federal law prohibiting all or almost all abortions in the United States. The Supreme Court upheld a federal law, the Partial-Birth Abortion Ban Act, that prohibited a specific abortion procedure. A court that overrules Roe vs. Wade likely would uphold a broader federal law ending abortions.

The court’s new action only grants review in the Mississippi case. There will be briefing and oral argument. But the choice to take this case should make all who support a woman’s right to choose extremely afraid of what will come next.

Erwin Chemerinsky is dean of the UC Berkeley School of Law and a contributing writer to Opinion. He is the author of the forthcoming book, “Presumed Guilty: How the Supreme Court Empowered the Police and Subverted Civil Rights.”