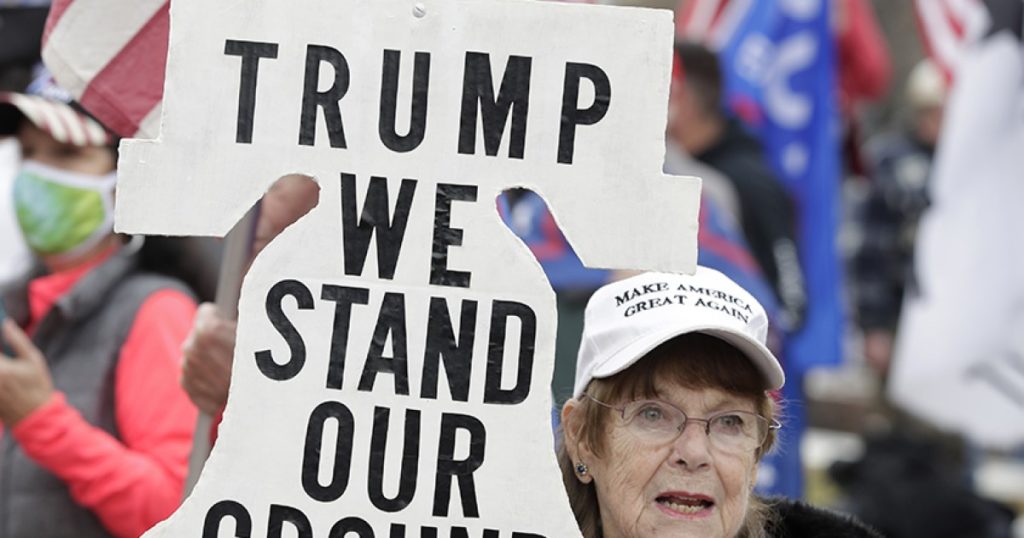 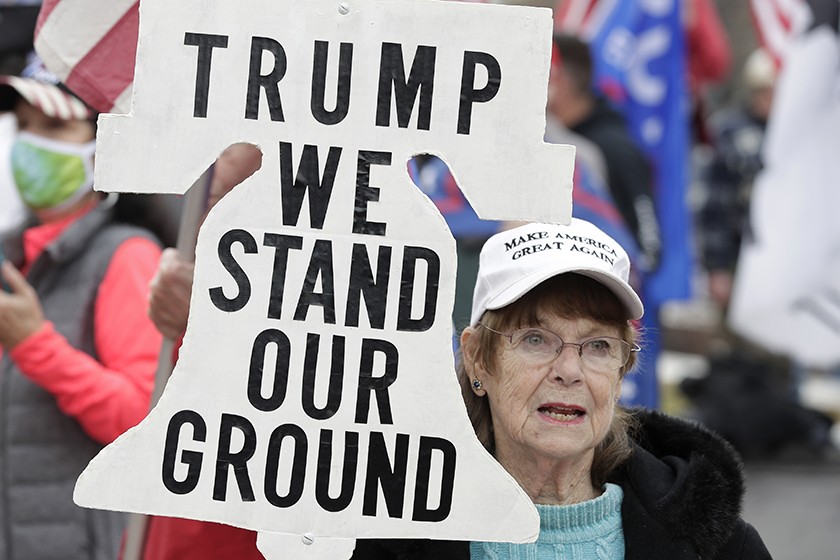 With his efforts to overturn election results now fueling violence and injury, President Trump this weekend again promoted debunked claims in an apparent attempt to undermine an electoral college vote Monday that will officially cement his defeat.

Speaking to Fox News, Trump asserted the election dispute was “not over.” The interview was aired Sunday but taped on Saturday at the Army-Navy football game. “And we’re going to continue to go forward,” Trump said.

Court after court — and even the Supreme Court as recently as Friday — has rejected attempts by Trump and his supporters to throw out an election he lost decisively. President-elect Joe Biden won the electoral college 306 to 232, the identical margin by which Trump secured the White House in 2016 and had hailed as a “landslide.” Biden won the popular vote by more than 7 million votes.

In the Fox interview, the host attempted to ask Trump if he would attend Biden’s inauguration, but the president interrupted. “I don’t want to talk about that,” he said.

Trump’s continued claims, with no evidence, that the election was stolen have gone beyond Twitter rhetoric and legal shenanigans.

Late Saturday, pro-Trump supporters descended on the nation’s capital and clashed with counter-protesters. Among the most vocal Trump supporters were members of Proud Boys, which is considered a hate group by human rights activists. More than a dozen people were arrested and four taken to the hospital with what authorities described as serious knife wounds.

While insisting Trump had the right to pursue legal claims, Sen. Lamar Alexander (R-Tenn.), who is retiring and has been a rare GOP voice of occasional criticism of the president, said it was time to bring the post-election period to a close.

“I don’t think his lawyers have a right to go to court with specious lawsuits with no evidence,” Alexander said on NBC’s “Meet the Press.” “And I think the processes say it’s over on Monday if the electors vote for Joe Biden, which I expect that they will.”

He urged Trump to congratulate Biden and said the president’s “behavior,” especially his shoddy handling of the COVID-19 pandemic, led to his loss.

Others wouldn’t go that far.

“There will be a president sworn in on Jan. 20, but let this process play out,” said Rep. Steve Scalise of Louisiana, the No. 2 House Republican, speaking to Fox News on Sunday.