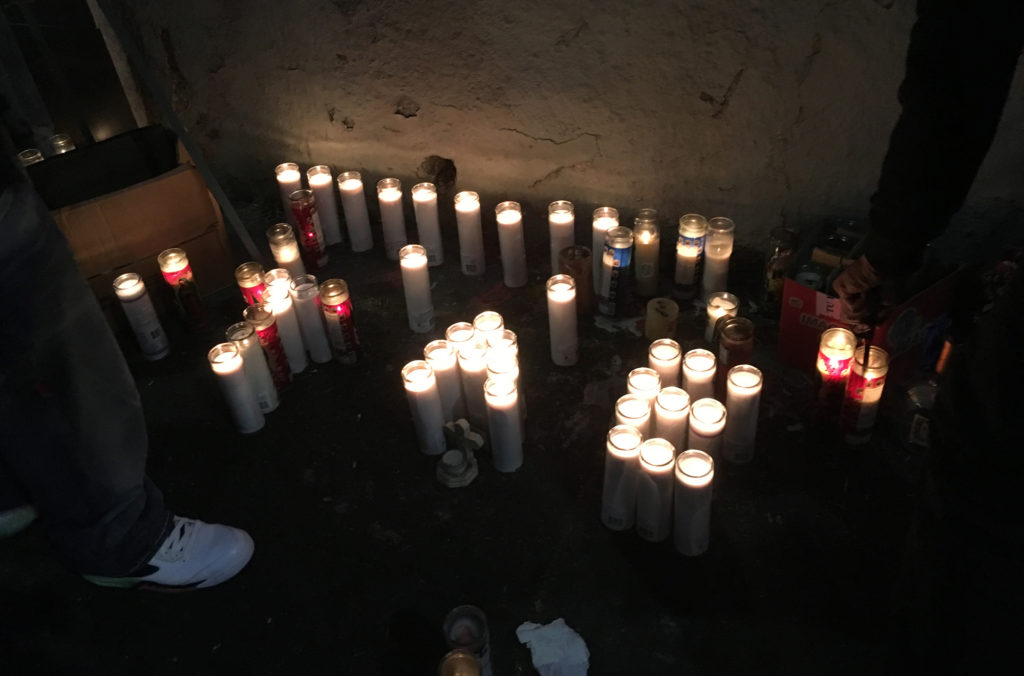 The death of Deontae Bush, who was killed while riding his bike on 35th Ave in Oakland in 2018, is something Ryan Russo, head of Oakland’s Department of Transportation, remembers as a tragic failing–but also a mark of redemption for his department. “The family wanted the city to just do something,” said Russo, describing the incident at this week’s Vision Zero conference in Philadelphia. They responded by installing speed cushions and other safety measures to force motorists to slow down on this notorious street. That gained the appreciation of the family. “I’m proud of what we did.”

It’s stories of concrete improvements that keep his and other transportation departments going, Russo added. But the pathway to funding those improvements and saving lives requires data–or “evidence-based” planning, explained Joseph Barr, Director of Traffic, Parking, and Transportation for the City of Cambridge. That’s a big part of what Barr, Russo, and Betty Smoot-Madison from Atlanta’s Department of Transportation discussed at a panel on peer cities held Monday afternoon as part of a larger Vision Zero conference.

For example, Barr explained, Cambridge now has an ordinance in place that requires the installation of protected bike lanes whenever a street is reconstructed–because, unlike lanes that are merely painted, evidence shows protected bike lanes actually work to make streets safer. The city is also “reducing the speed limit to 25 mph citywide” with local streets reduced to 20 mph; again, because evidence shows speed is a killer. Barr said these kinds of actions are required if cities are to treat Vision Zero and traffic violence as “the public health crisis that it is.”

I took a roll down the Western Ave curb-separated bike lane on my way to the VZ mtg this afternoon.
Dreamy.
1/2 pic.twitter.com/abqWtKMWXF

“In April 2020, we officially adopted Vision Zero,” explained Smoot-Madison of Atlanta’s DOT. “We had 73 traffic fatalities in 2019, more than half due to speeding.” That data compelled the city to lower speed limits citywide to 25 mph. However, Atlanta faced a hurdle familiar to planners in the Bay Area: the Georgia State Department of Transportation would not allow the reductions to apply to its highways in Atlanta. “Our state DOT is still using the 85th percentile rule,” she said. Fortunately, the city retains control of 75 percent of its streets. As to the state highways, Smoot-Madison said they’re still pushing the state to lower the speed limits. “We’re not giving up.”

And there’s an important intersection when it comes to speeding, fatal crashes, and race. Before the panel, keynote speaker Robin Hutcheson, Deputy Assistant Secretary for Safety Policy, U.S. Department of Transportation, talked about how across every state and every city, people of color are far more likely to be struck and killed. “Our streets are inequitable for safety,” she said. She pointed out that, for the first time, cities will be getting serious help from the Biden/Buttigieg DOT in correcting historic inequities and improving safety on our streets.

Cities are going to need that help. The disparities are writ large in Oakland. As Russo pointed out, the breakdown of the population is about one quarter each white, Latino, Asian, and Black. But the evidence shows a disproportionate number of deaths are still happening in the BIPOC community. To illustrate, he pointed out that in 2019 and 2020 there were three incidents where pedestrians were killed by speeding drivers on streets known for high crash and injury rates. “All three were non-white. If that wasn’t the case, they’d have gotten a lot more attention,” he said.

Russo is working to provide that missing attention, with quick-build safety improvements already in at the locations where the tragedies took place on Foothill, and, as mentioned, 35th. They’re also racing to make other notorious streets and intersections safer.

But OakDOT, as with its sister agencies across the country, still has a long way to go; it’s a huge job undoing decades of unsafe road design, unsafe policies on speed, and neglect of certain communities. Russo cites the changes on 35th as something that helps him and his department stay focused. He was particularly touched by the appreciation of Bush’s family when they completed the safety upgrades. “They saw that Deontae’s life mattered [to the city] and it brought improvements that will hopefully prevent that from happening again… that’s jet fuel to keep us going.”