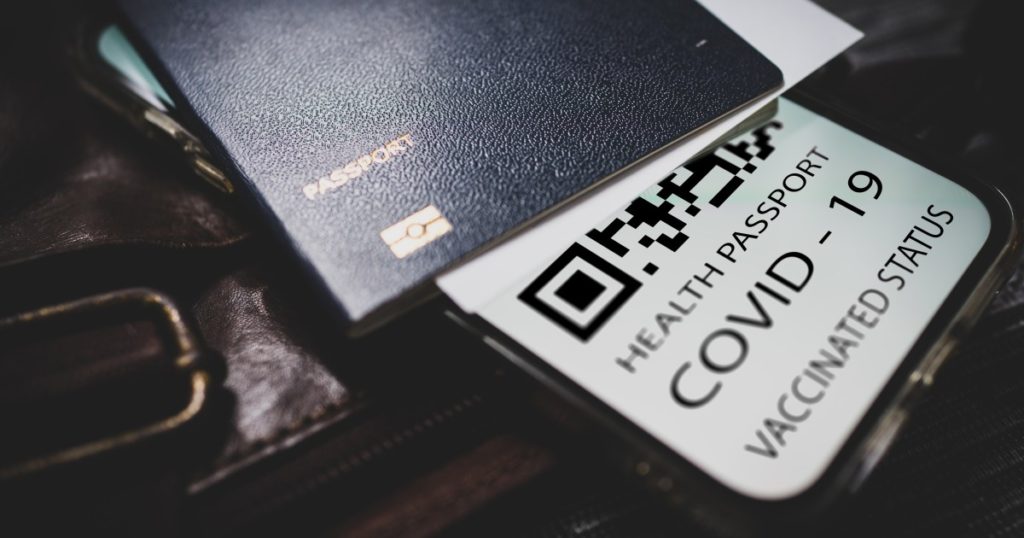 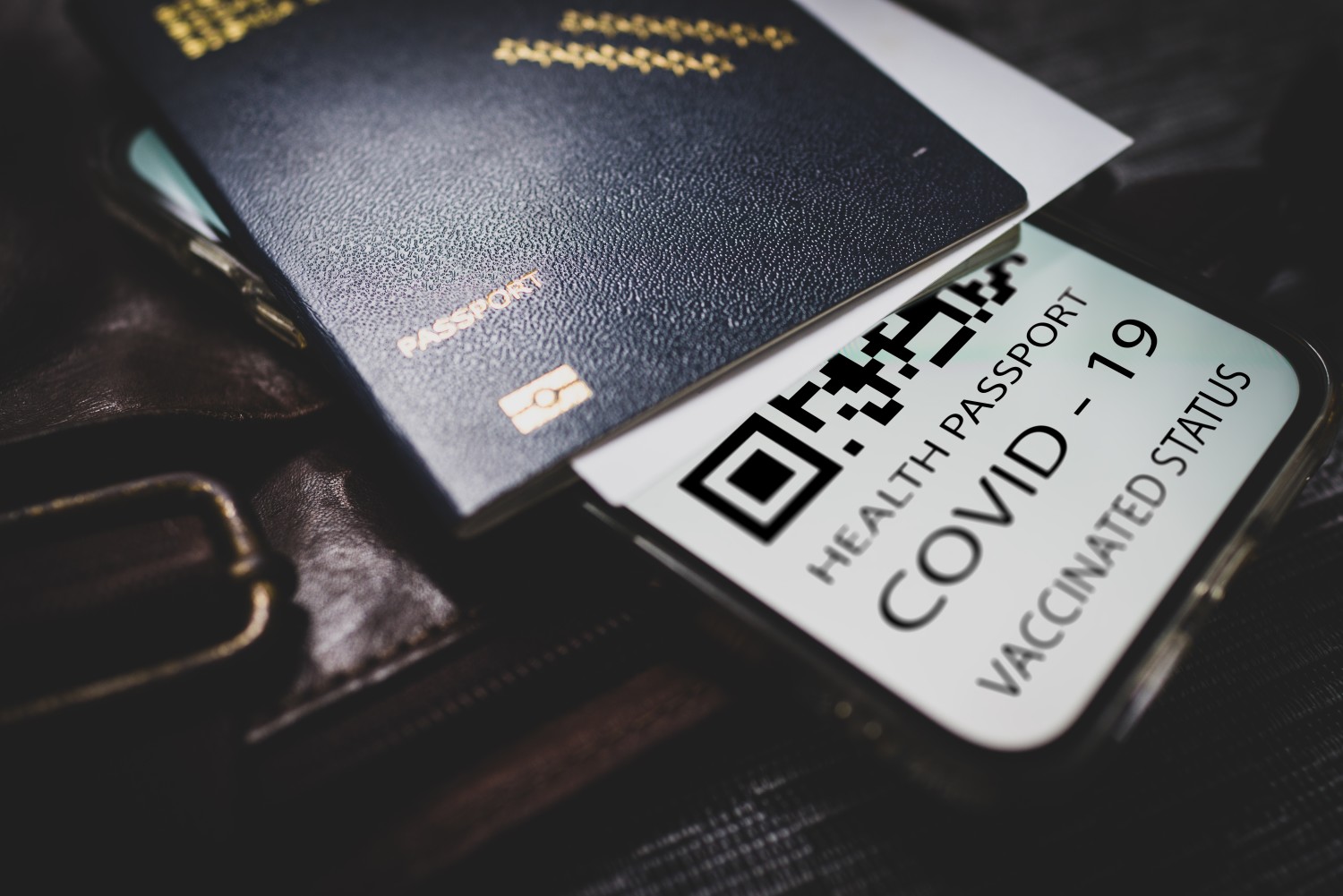 After a year of angry battles over lockdowns, mask mandates and vaccinations, a new front has opened in the coronavirus culture war: vaccine “passports.”

If you travel overseas this summer, European countries will demand a document proving you’ve been vaccinated or have tested negative. Closer to home, Hawaii is moving toward a similar requirement for travelers from the mainland who want to avoid quarantine. At least one big cruise line, Norwegian, has announced that it will require vaccinations of all passengers and crew.

The San Francisco Giants, New York Yankees and New York Mets all demand proof of vaccination or testing to enter their ballparks. The Miami Heat, a basketball franchise, lets vaccinated patrons sit in a special section free from the annoying strictures of social distancing.

It’s beginning to look like a trend. Before long, concert venues, movie theaters and restaurants may routinely ask to see your papers.

And that has sparked fury from the populist, libertarian and conspiratorial wings of the Republican Party.

Florida Gov. Ron DeSantis, who may be running for president, denounced vaccine passports as “completely unacceptable” and signed an executive order banning private businesses from requiring customers to present them. Texas Gov. Greg Abbott, another ambitious conservative, scurried to catch up, prohibiting state payments to any firm that requires proof of vaccination.

Conservative legislators in a dozen states have followed suit. In Sacramento, Assemblyman Kevin Kiley of Rocklin, a conservative firebrand, vowed to “stop the madness of vaccine passports before it starts.”

Some of the resistance is understandable. Nobody enjoys showing an identification card, although even before the pandemic we all did it at airports, liquor stores, government buildings, doctors’ offices and even, depending on how you bought your ticket, concert venues.

But a vaccine certificate is a sensible answer to a practical problem: How can we restart activities that involve large numbers of people without fueling the pandemic?

Requiring proof of vaccination is nothing new. All 50 states require children to be vaccinated against several diseases before entering school, with medical and, in most states (but not California), religious exemptions. More than a dozen countries require incoming travelers to present a certificate showing that they’ve been vaccinated against yellow fever.

Yes, there are practical challenges. A vaccine certificate needs to protect the privacy of your health records — but that shouldn’t be too hard. All the “passport” needs to know is the answer to a single yes-or-no question: Have you been vaccinated or otherwise met the requirements of the site you want to enter?

If you’re a user of Facebook, Amazon or Uber, you’ve already given those companies far more data than that.

A vaccine certificate needs to be fraud-proof; already, counterfeit vaccination cards are being sold on the internet. But most of us carry several identification and credit cards — fraud is a challenge, not a deal breaker.

And there’s an equity issue: What about those who don’t have access to the vaccine?

“But that’s a criticism of the vaccination program, not the passport,” Arthur Caplan, a medical ethicist at New York University, told me. “If everyone who wants a vaccination gets one by July 4, that problem goes away.”

In any case, none of those small-bore objections explain the ferocity of the outcry from conservative culture warriors.

Caplan offered one plausible interpretation. “This is just another version of the fight over ‘Do I have to get vaccinated?’” he said. “It’s not only about the passport; it’s about the vaccination. The same people were opposed to masks.”

Some of it sounded like a reflexive lunge by politicians toward something new they could blame on their opponents.

Sen. Rand Paul, the libertarian from Kentucky, wrote that the passport was part of a general “power grab” by Democrats. Rep. Marjorie Taylor Greene, the QAnon-friendly congresswoman from Georgia, said the vaccine certificate is “Biden’s mark of the beast,” like the demonic identifier in the New Testament’s Book of Revelation.

But the joke’s on them. President Biden, whatever his views on Revelation, has walked conspicuously away from this fight.

“It’s not the role of the federal government to hold this data,” his Food and Drug Administration chief said last week. “We view this as something that the private sector is doing.”

And that’s why the GOP resistance to the vaccine passport, while it may please culture-war militants, will prove futile.

The drive for vaccine certificates isn’t a matter of government overreach by out-of-control Democrats; it’s a product of the free-enterprise system. It’s being pushed by private businesses that want to assure their customers and employees that it’s safe to come back.

Is it any wonder that a cruise line, for example, would decide that having passengers die of COVID-19 aboard its ships might damage its reputation?

Give Greene credit for figuring that out. After blaming Biden, she said the real problem was “corporate communism.”

To her and other new-wave populists, the private businesses pushing vaccine certificates are just as tyrannical as the Coca-Cola Co. and other firms that refused to remain silent in the face of voter suppression in Georgia.

This new version of the COVID-19 resistance movement probably has some time to run. Anti-vaccine militants and libertarians will feel insulted if they are barred from a cruise ship, turned away from a concert or stuck in the pandemic seating section at a sports event. Ticket takers, bouncers and security guards will get the brunt of their anger, just as they did when mask mandates were new.

But until the coronavirus disappears, the vaccine passport is here to stay.

It’s not personal. It’s not even political. It’s just business.