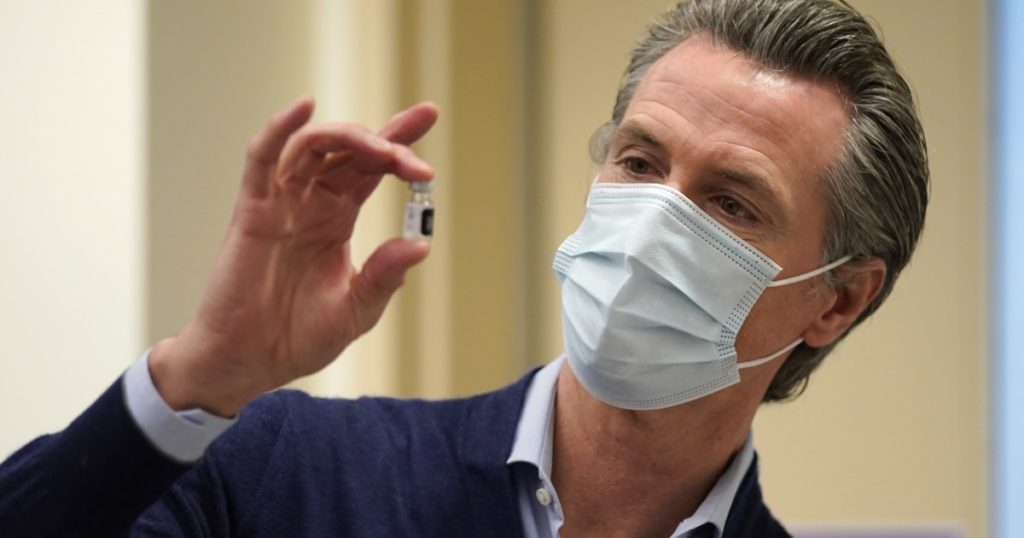 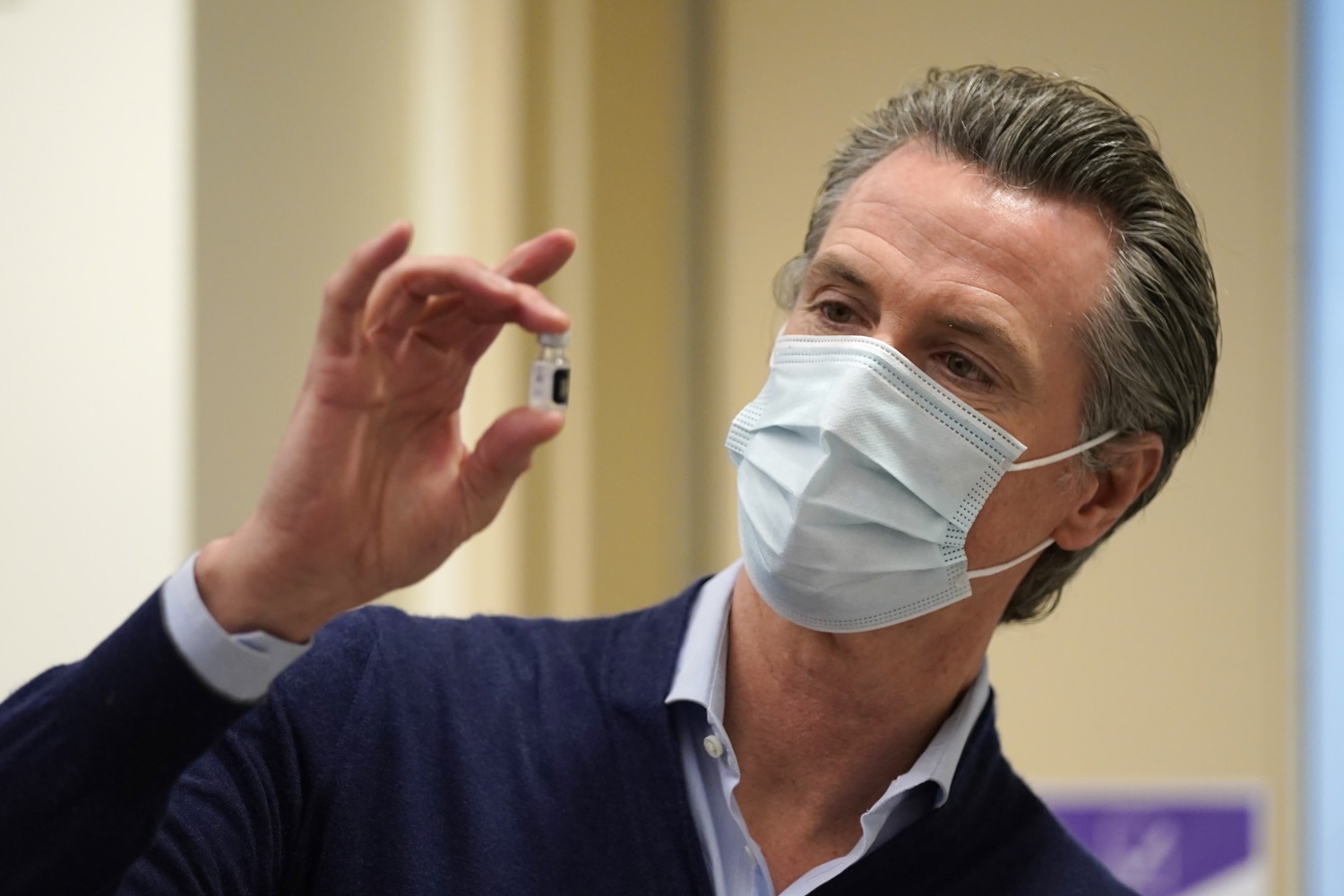 Gov. Gavin Newsom urged Californians to “hold me accountable” to a goal of administering 1 million doses of COVID-19 vaccine in 10 days, but nearly two weeks later a series of data collection problems have left state officials unable to offer clear evidence of success or failure.

A spokesperson for the California Department of Public Health said Wednesday that it’s likely Newsom reached the 1 million mark over 12 days, not 10 days as promised, but noted that coding errors and data lags have hampered the state’s efforts to accurately count and publicly report how many doses are administered each day.

Newsom’s self-prescribed litmus test was announced as pressures mounted for him to address the state’s slow vaccination rollout, which has left hundreds of thousands of doses sitting on shelves despite the public’s desperate need for the lifesaving drug.

“We’ve learned a lot about how significant the delay is in data,” Dr. Mark Ghaly, California Health and Human Services secretary, said Tuesday when asked about the status of the 10-day goal set by the governor.

In the last week, the state identified a yet-to-be-resolved coding error with data from a major provider of COVID-19 vaccines, and the extent of the underreporting from that source was still unclear as of Wednesday, according to the public health department. The state also found reporting delays with data from other providers of up to 96 hours between when a dose was given and when it showed up in the California immunization system, Ghaly said.

“This vaccine distribution is being jerry-rigged on a famously fragmented health system and underfunded public health infrastructure, which produces inconsistencies county by county and provider by provider but also problems with getting timely data to see how California as a whole is doing,” said Anthony Wright, executive director of Health Access California and a member of the state’s vaccine advisory committee. “This data is critical to know not just how efficient but equitable and effective California’s efforts have been, and where we need to close gaps.”

Data reporting issues prompted groups representing counties and county health officials to warn Newsom in a letter Monday of “significant data lags and reporting challenges that result in an underreporting of California’s progress” on how many doses have been administered. The delay is partially the result of problems with the state’s immunization registry, which has required some jurisdictions to reenter data multiple times because the “system is kicking them out,” according to a letter sent by the groups.

“State and local health officials need to see how much vaccine a health care provider or a local health department has on hand in order to know if they need more,” said Kat DeBurgh, executive director of the Health Officers Assn. of California, which was among the groups that signed the letter to the governor. “In short, without seeing how many doses have been given, we do not know how many more doses we need.”

California has drastically ramped up distribution efforts, with the state reporting 47,213 doses administered on Jan. 5, the day before Newsom publicly pledged that the state would administer 1 million doses in 10 days. Ghaly said California administered a record 110,505 doses on Friday. A public health department spokesperson said Wednesday the tally from Friday could be higher when data issues are corrected, making it possible Newsom met his 10-day goal.

A tally of vaccines administered is updated and made public daily by the state public health department, but those figures do not account for the day each dose is given. On Tuesday, The Times requested a day-by-day accounting of doses administered during the 10-day period ending Friday for Newsom’s 1 million dose goal, but the public health department said it could not yet provide that information as of Wednesday evening.

The total number of infections in California surpassed 3 million on Tuesday. Administering first and second doses of the vaccine that the state has on hand is a top priority for Newsom, who has been facing increasing criticism about the rollout and mixed messaging to Californians wanting information on when they will be able to access the drug.

To help speed up the rate at which local health departments and providers administer doses, Newsom called on counties to ease restrictions on who qualifies for vaccinations — an effort that sowed confusion in some areas that are lacking enough vaccines for the elderly. On Wednesday, the state’s vaccine advisory committee considered whether additional changes are needed to how California prioritizes who receives the limited vaccine supply.

The latest figures released Wednesday by the state Department of Public Health show the state has used just 37% of the doses it has received.

Questions about the glacial pace of the state’s vaccine distribution efforts prompted Newsom to make the 1 million dose promise on Jan. 8.

“Here’s your next thing to hold me accountable to: 1 million doses within the next — not 10 days, it was 10 days yesterday when I announced it to the team — nine days,” Newsom said.

However, when the 10 days were up, it became clear that measuring Newsom’s progress — using the data his administration tallies and releases — would be as complicated as the goal itself.

When Newsom made the pledge at the Jan. 8 news conference, he said the 10-day period began Jan. 7. However, the California Department of Public Health said the 10-day period Newsom was referring to actually started Jan. 6, a more difficult goal because vaccination efforts ramped up even more over last weekend.

“Our resolve is to get all of the existing doses that are in the state administered as quickly as possible and we still have a lot of work to do in that space,” Newsom said Friday.