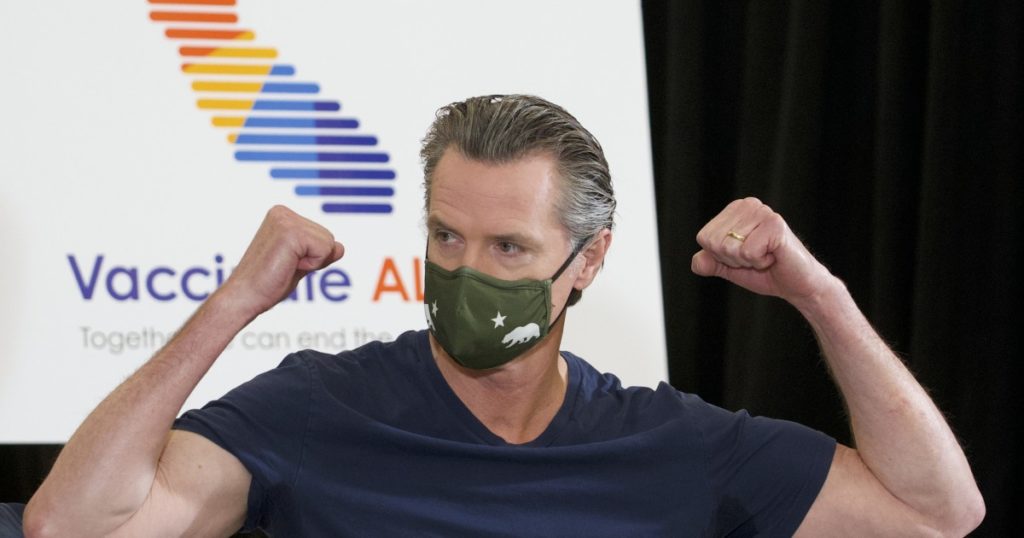 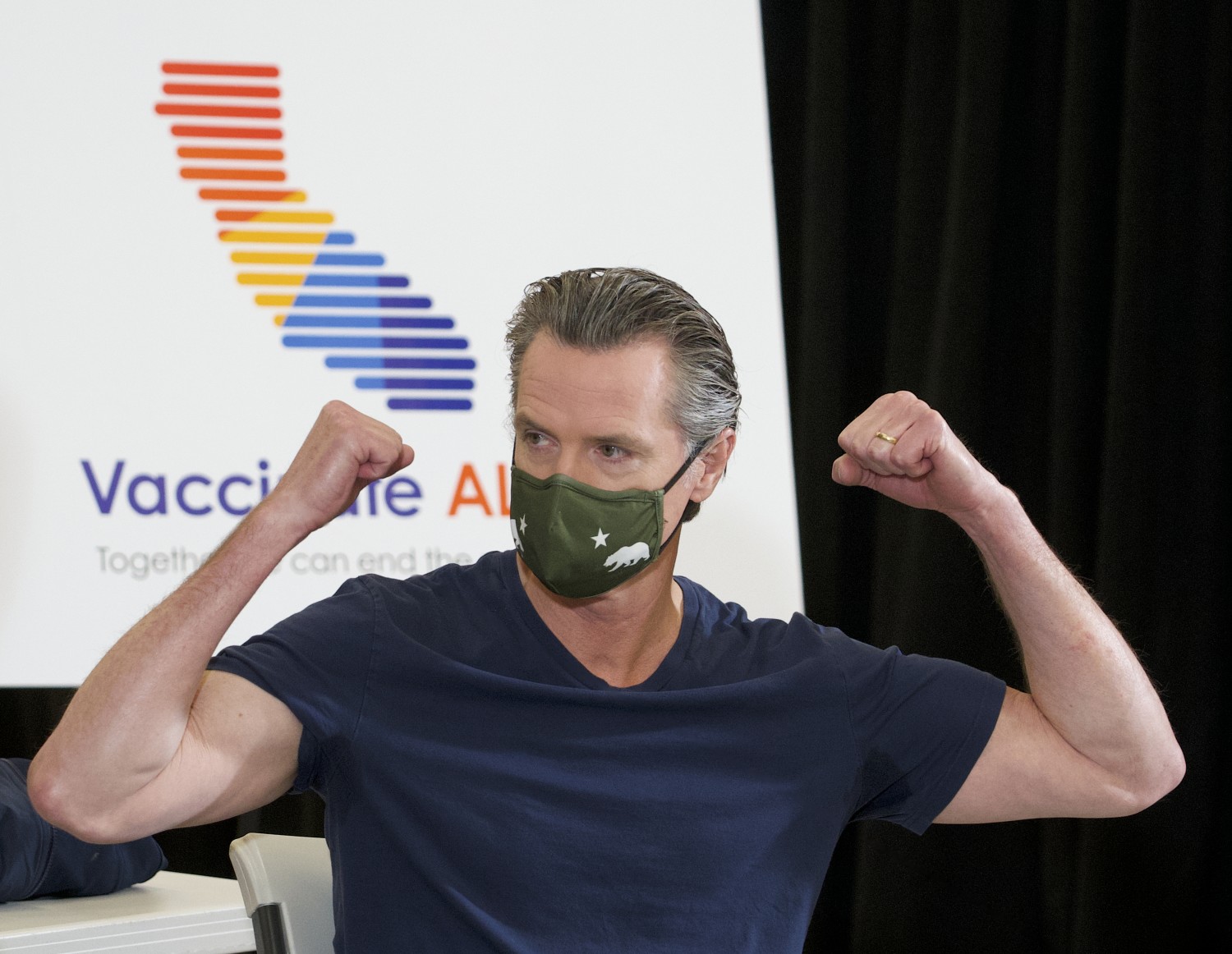 Gov. Gavin Newsom has taken criticism on all sides for a series of extremely consequential and politically risky calls over the past year as he’s led California through the COVID-19 pandemic.

Now his biggest decision of all, to fully reopen a state of 40 million people for business by June 15, may be one of the safest choices he’s made yet.

Public health experts say it’s unlikely that another surge of the virus would overwhelm the hospital system in California. Absent a new variant or mutation that renders vaccines ineffective across the country, they believe the chance that Newsom would need to reinstate the kinds of restrictions that frustrated some voters and helped fuel the recall effort against him is almost nil.

“I’m sure they thought long and hard about this and decided to make a bet, and I think the odds are awfully good that they’re going to win it,” said Dr. Robert Wachter, professor and chairman of the Department of Medicine at UC San Francisco.

That’s not to say Newsom’s chosen path for the state is without challenges.

The governor acknowledged this week that a dangerous, vaccine-resistant mutation of the virus could halt California’s progress, a worst-case public health scenario that could spell trouble for him if he has to make the difficult decision to close businesses again.

But political observers and the governor’s top advisors believe that Democrats and those who vote with no party preference — about 70% of California’s total registered voters — might not blame him at the polls for a new strain of coronavirus that infects vaccinated populations around the globe. Although Newsom’s political survival hinges on how Californians voters feel about their lives and their governor‘s performance in the fall when they are likely to cast ballots should the recall qualify, the governor’s chances of staying in office remain high if no replacement candidate presents a significant threat.

With continued masking and precautions, the governor said he doesn’t anticipate that California will move backward.

“We’re always going to be led by data, led by reality and the lived experience on the ground,” Newsom said. “But our expectation is, if we’re vigilant, if we don’t spike the ball, if we don’t announce mission accomplished and continue to do the good work that we’ve done, that by June 15 we’ll be beyond that blueprint and we’ll be back to a sense of normalcy.”

Newsom’s confidence stems from increasing vaccinations and low case counts, hospitalizations and positivity rates in California after a winter surge. To date, 21.5 million doses of vaccine have been administered and 8.1 million people in the state are fully vaccinated, according to the California Department of Public Health.

Dr. Mark Ghaly, California’s Health and Human Services secretary, said fewer people over age 70 are ending up in hospitals due to COVID-19, something he believes means early vaccinations for elderly populations are working as hoped and preventing severe infections. Oxygen requirements are down and intensive care unit admissions have also slowed, he said.

In February, before vaccine eligibility opened up more widely in California, state estimates suggest as many as 38.1% of people in California — including 43.7% in the Los Angeles region — had antibodies for the virus that causes COVID-19, either through prior infections or vaccinations. Antibodies don’t last forever, but Ghaly said that level of seroprevalence suggests a large percentage of residents already have some level of immunity.

“Some of our most populated, more crowded areas have high seroprevalence already,” Ghaly said. “When you couple that with vaccine protection, you start to see a population that is more protected.”

The June 15 reopening date isn’t guaranteed and depends on a sufficient vaccine supply for Californians 16 and older and low, stable hospitalization rates, according to the state’s criteria. Ghaly said that will be determined in part by how long those 16 and older have to wait for vaccine appointments when eligibility expands on April 15 and if vaccines prevent hospitalizations among inoculated populations.

If the anticipated supply of doses holds and the inoculations continue to work, Ghaly said he sees the state reinstating restrictions only if new vaccine-resistant mutations take hold.

“We’d have almost an entirely different kind of virus on our hands versus what we’ve been dealing with today,” he said.

Throughout the pandemic, Newsom’s constantly evolving metrics and rules have given Californians a sense of whiplash. His decision to issue a stay-at-home order, although hailed by public health experts and epidemiologists, devastated businesses and made him a target of frustration, particularly among conservative voters who represent most of the signatures on recall petitions.

Under pressure to ease the initial lockdown, Newsom loosened restrictions too quickly last summer and again before the winter surge, and was too slow to impose them again as case counts rose, said Dr. Thomas Tsai, an assistant professor in the Department of Health Policy and Management at the Harvard T.H. Chan School of Public Health.

Ghaly has conceded that he would have slowed the pace of change in the summer if he could go back in time armed with more information.

In addition, virtual learning for students in California lasted far longer than in other states, in part due to the strength of the teachers unions and the reluctance of state leaders to force a return to campuses. Newsom continues to face criticism from parent groups who say he hasn’t done enough.

For Newsom, the most fateful decision of the pandemic came when he attended a lobbyist’s birthday party at a posh Napa Valley restaurant as he advised Californians to avoid similar multi-household gatherings. Weeks after the governor’s contradictory behavior made national headlines, recall signatures had rapidly increased and his voter approval rating took a precipitous drop.

But the lack of a viable candidate to replace Newsom — either from within his own party or a Republican with enough cachet to attract Democrats and independent voters — continues to insulate him from any serious threat of being recalled, said Gar Culbert, an associate professor of political science at Cal State Los Angeles.

Nonetheless, Culbert said Newsom has to be cautious about reversing course.

“It’s well-known that voters don’t like retrenchment,” Culbert said. “They don’t like getting something and then having that thing taken away, and so he knows that the worst thing he can do is open up some amount and then have to walk that back. And I think he’s going to be careful not to do that.”

If a surge does occur and Newsom is forced to take a political risk to reinstate restrictions or push back the June 15 reopening date, the long gap between the summer and a likely November recall election also plays in the governor’s favor, Culbert said.

The most sensible path forward as vaccinations and herd immunity increase is to leave lockdowns in the past and mandate mask wearing, properly ventilated indoor spaces, testing and other precautions, they said.

Applying business restrictions in an era of vaccines would require a two-tiered government system, in which vaccinated people can participate in more activities than the unvaccinated, a proposition that raises ethical and equity concerns, public health experts said. The idea of vaccine passports has been highly controversial and would largely be carried out by the private sector.

Compliance with sweeping restrictions might also be harder to achieve as vaccinations become more widely available. While many younger people understood that staying home was good for public health and could help save the lives of older, more vulnerable people when no one had access to vaccines, it’s much harder to persuade a young person to stay home for the safety of someone who has declined to get vaccinated, Wachter said.

“It’s not just about moving back a phase and shutting down movie theaters or having a 25% cap on indoor dining,” Tsai said. “That was important when there were no vaccines, but I think we’re at a different phase of pandemic now where we can mitigate things.”

Culbert and other political observers point out that Newsom‘s tone has shifted since a recall election became more likely — he has offered a much more upbeat view of California’s future than he conveyed while imposing restrictions — and some have questioned the need and practicality of announcing a June 15 reopening now.

Wachter said some people who heard the governor’s positive reopening message Tuesday may believe the pandemic is over and take more risks, especially if they missed his warnings about the need to remain vigilant and continue precautions.

But Ghaly said the state released the date as an incentive of sorts to spur unvaccinated people to get inoculated before the state opens up. The administration also wanted to give businesses time to prepare for safely bringing back employees in person, Ghaly said.

The timeline for the next group of vaccine-eligible Californians to achieve immunity after a first dose — up to as long as six weeks for the Moderna shot — also informed the June 15 timeline and announcement, Ghaly said.

Newsom has said he anticipates that over 30 million doses of vaccine will be administered in California by that date.