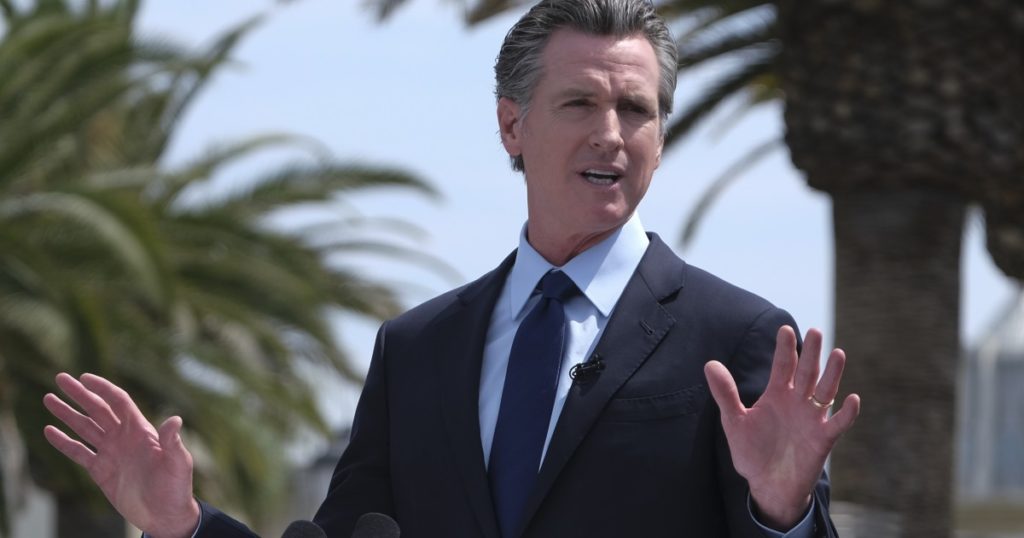 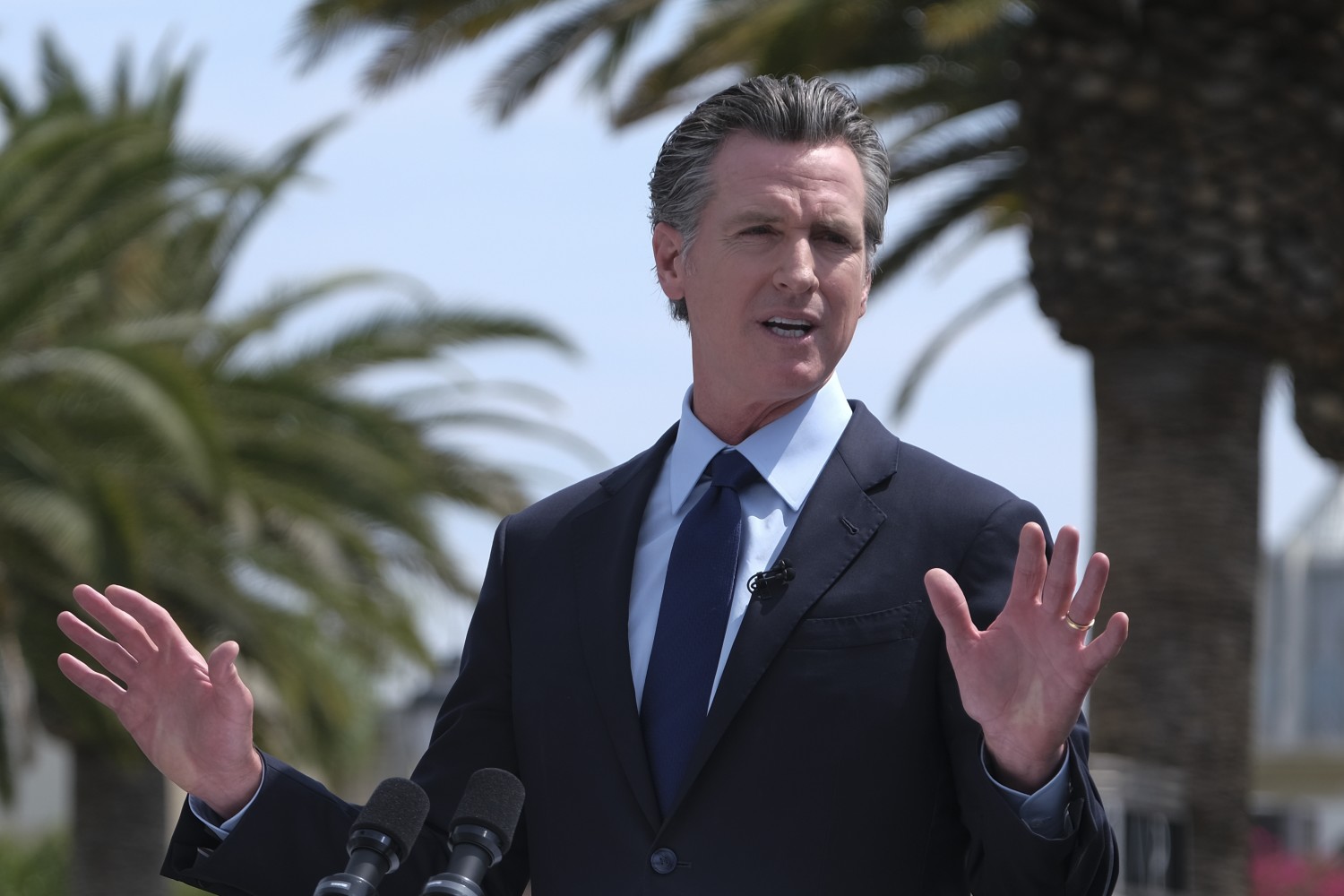 Gov. Gavin Newsom cannot identify himself as a Democrat on the September recall ballot because he missed the deadline to designate his party affiliation, a superior court judge in Sacramento ruled Monday.

Newsom sued California Secretary of State Shirley Weber in late June, asking the court to require her to print his party preference on the recall ballots for the Sept. 14 election. Weber had declined to do so in June, saying the governor’s attorney failed to make the request as required by state law when filing Newsom’s official response to the recall in early 2020.

Superior Court Judge James P. Arguelles said in his ruling that Newsom’s assertion that the oversight was a good-faith error on the part of his attorney was not enough to overcome the clear language of California election law. The statute states that an elected official’s party preference “shall not appear” on the recall ballot unless that official makes the designation at the time they file their official response to the recall with the secretary of state.

“No one is above the law, and this ruling makes clear, that includes Gavin Newsom,” said Eric Early, the attorney for recall proponents Orrin Heatlie, Mike Netter and the California Patriot Coalition.

It’s unclear if the governor will appeal the ruling.

A spokesman for Newsom’s campaign against the recall said he expects California Democrats to rally behind the governor, regardless of the ruling.

“Californians see this partisan recall for what it is — a Republican power grab, and across the state you see Democrats united behind Gov. Newsom. Gov. Newsom will defeat this Republican recall,” said Nathan Click.

Despite the error, Weber supported adding Newsom’s party affiliation to the ballot because doing so would be in the interest of voters, allowing them to make a “more informed choice,” outside counsel Kevin Calia argued during a Friday hearing. Newsom nominated Weber, a Democrat, for secretary of state in December to fill the vacancy left when he appointed her predecessor, Alex Padilla, to the U.S. Senate.

State law requires officeholders to ask that their party preference be put on the ballot during a seven-day window for responding after a recall notice is filed — in this case, 16 months ago. While Newsom responded to that initial filing on Feb. 28, 2020, he did not include his party preference.

Newsom’s attorney, Thomas Willis, took the blame for the mistake, saying that when he filed the paperwork, he was unaware that less than two months before, the law requiring officials who are subject to a recall to file their party preference had taken effect. If they do not, no party affiliation is listed on the ballot. That change was signed into law by Newsom in October 2019.

Attorneys for the recall proponents, including reality television star and gubernatorial hopeful Caitlyn Jenner, argued at Friday’s hearing that the deadline requirement in the statute was clear and that Newsom, having signed it into law, cannot claim ignorance.

Willis told the judge that under the legal doctrine of “substantial compliance,” Newsom should be allowed to have his party affiliation listed. Willis referenced a California Supreme Court decision that said strict adherence to election statutes is not required in cases in which a minor mistake was made that does not affect the integrity of the election process.

Until 2020, politicians facing a recall were not allowed to list their party designation on the ballot — including Gov. Gray Davis, a Democrat who in 2003 became the only California governor to be recalled from office.

Voter turnout in the 2003 election was 61.2%, slightly lower than the 64.5% for the 2018 gubernatorial election. In that race, Newsom handily defeated his opponent, Rancho Santa Fe businessman John Cox, who is among the Republicans hoping to replace Newsom if he is ousted from office.

During Friday’s hearing, Calia said “many, many voters” will know Newsom is a Democrat because he’s an incumbent governor, even if it’s not listed on the ballot. But he warned that there may be Californians who don’t know, and listing Newsom’s party affiliation might sway their vote.

Republican political consultant Matt Rexroad, however, doesn’t believe the issue will affect Newsom. The governor is well-known statewide, and people will already know how they feel about him when they mark their ballots, he said.

“I don’t think it makes a difference one way or the other,” Rexroad said.

Two polls by the Public Policy Institute in the spring found that while only 40% of likely voters supported recalling Newsom, those who favored ousting him were much more energized about the campaign than those who opposed it.

“It’s not a ‘first Tuesday in November’ kind of election, so that’s going to be the challenge for Newsom,” said Mark Baldassare, the institute’s president and chief executive officer.

While Baldassare believes Monday’s ruling will have little impact on the recall, he says it’s still critical that Newsom’s campaign rallies Democrats to vote in September.

“I think it’s obvious that the risks of a low turnout, the risks of an uninformed electorate, could be catastrophic for our state,” Assemblyman David Chiu (D-San Francisco) said July 2 at a state Democratic Party news conference in support of Newsom. “It’s just so important that all of us work hard to educate every corner, every city, every county, every small community in California on what is at stake.”

At the same event, California Democratic Party Chairman Rusty Hicks said the party will do everything in its power to make sure the “Republican recall” is defeated.

“We recognize that the eyes of the nation are on California over the next two and a half months or so, and we’re prepared to step forward and do what’s necessary,” Hicks said.