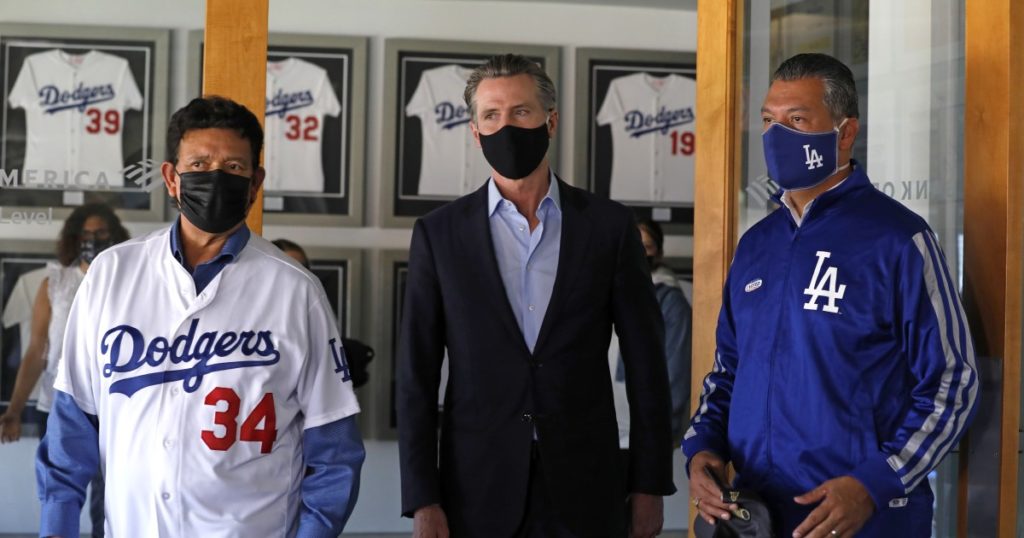 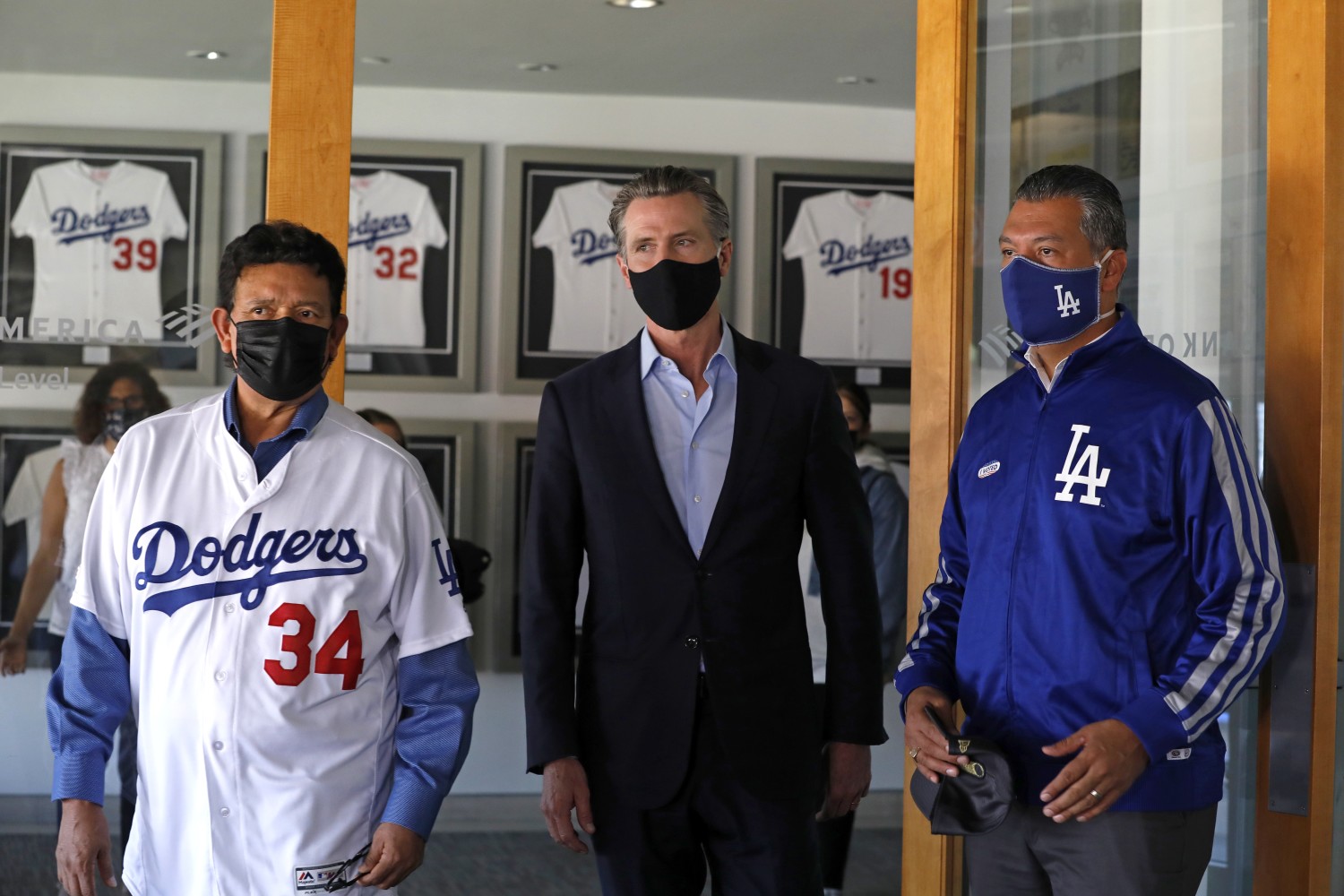 Though home to more Latinos than any state in the union, a haven for Central American immigrants and infused with a rich history as a former Mexican territory, California has never sent a Latino to the U.S. Senate in its 170 years of statehood.

Now, Latino lawmakers and activists want Gov. Gavin Newsom to change that when he appoints a replacement for Sen. Kamala Harris, who will resign before being sworn in as vice president in January.

“Gov. Newsom, you have an opportunity to change things,” Assemblyman Robert Rivas (D-Hollister) said at a recent news conference. “Your choice matters. It matters for all those kids imagining what they could be when they grow up. It matters to Latinos who make up almost 50% of COVID-19 deaths, 60% of our state’s uninsured. All of whom need a voice in Washington, D.C. It matters to our immigrants, documented, undocumented, who need a champion.”

Newsom, who has not said when he’ll make an announcement on Harris’ successor, is facing an onslaught of competing pressures over what is perhaps one of the most pivotal and politically consequential decisions he will make during his first two years in office.

Along with televised news conferences lobbying for different prospective candidates, the governor has been inundated with calls, emails and texts. And the behind-the-scenes jockeying has spilled over to his network, with some making entreaties to Newsom’s advisors and staff, friends and even his wife, documentary filmmaker Jennifer Siebel Newsom.

“This is not something that I wish even on my worst enemy, because you create enemies in this process, you know, not just friends. And it’s a vexing decision. It’s a challenging one,” Newsom told reporters on election day.

The political stakes for Newsom are intensified because he’s replacing a senator who has made history: Harris is one of only two Black women ever elected to the U.S. Senate.

The California Legislative Black Caucus and Black Lives Matter have called on Newsom to appoint Democratic Reps. Karen Bass of Los Angeles or Barbara Lee of Oakland. And a group of influential female political donors took out full-page ads in the Los Angeles Times and San Francisco Chronicle urging the governor to select a woman of color.

The LGBTQ Victory Fund has recommended Senate President Pro Tem Toni Atkins (D-San Diego) and Long Beach Mayor Robert Garcia, both of whom have come out as gay. And progressives and Indian American advocates are pushing for Silicon Valley Rep. Ro Khanna to get the nod.

One of Newsom’s political mentors, former San Francisco Mayor Willie Brown, has also weighed in. He has recommended that Newsom himself head to the Senate, or appoint a Black woman, suggesting Bass, Lee or Democratic Rep. Maxine Waters, among others.

Meanwhile, Secretary of State Alex Padilla, a close ally of Newsom who chaired his short-lived 2010 run for governor, is being strongly backed by the Latino Victory Fund, a political organization co-founded by actress Eva Longoria.

All of the advocacy groups have forged strong partnerships with the Democratic Party in California, whose membership comprises at-times conflicting interests that don’t always get along. Up for reelection in 2022 and the subject of a budding recall campaign, Newsom can ill afford to further fracture this liberal base.

“In a way, all these people pushing for their favorite candidate cancel each other out,” said Democratic political consultant Rose Kapolczynski, who served as former Sen. Barbara Boxer’s chief campaign advisor. “Plenty of people will be disappointed. I guess the question is, is there anyone who’s going to be really unhappy?”

California’s U.S. Senate seats are two of the most coveted prizes in a state overflowing with political ambition.

Harris ascended to vice president-elect after serving just four years as California’s junior senator. For nearly three decades, fellow Democrat Sen. Dianne Feinstein has held her seat in the Senate, a political body unencumbered by the term limits that bridle the governor and California’s other state officeholders.

Harris, who is of Jamaican and Indian descent, is one of two people of color ever elected to represent California in the U.S. Senate, joining Republican S.I. Hayakawa, the son of Japanese immigrant parents, who served in the late 1970s and early 1980s. California has had only three female senators — Harris, Feinstein and Boxer — since the state joined the Union in 1850.

Though positions of power in California have been held by Latino politicians over the last two decades, including Los Angeles mayor and leadership roles in both chambers of the California Legislature, the U.S. Senate has remained elusive.

Assemblywoman Lorena Gonzalez (D-San Diego) said it’s time that Latino public officials receive long-awaited recognition. Latino people account for 40% of California’s population, more than half of the state’s public school students, a quarter of the California electorate, more than a third of the California Legislature, a quarter of California’s congressional delegation and half of the current statewide officeholders, including Padilla and Atty. Gen. Xavier Becerra.

“The truth is, California is blue, blue, blue, because of us. It is the work that Latinos did on the ground. It is our housekeepers and our janitors,” Gonzalez said in November. “We built California as a new California, as a California that elects Democrats time and time again.”

Gonzalez and other members of the California Latino Legislative Caucus held news conferences up and down the state last month urging Newsom to appoint a Latino senator, and they were joined by representatives from civil rights groups including the League of United Latin American Citizens and the Coalition for Humane Immigrant Rights. Other calls have come from the National Assn. of Latino Elected and Appointed Officials.

But many of the calls for a Latino senator have been focused in recent days on Padilla, who is considered by many people close to Newsom to be a favorite for the seat. Feinstein, who gave Padilla his first major break in politics when she hired him as a staff member, backed him on Wednesday.

Rep. Tony Cárdenas (D-Los Angeles), who heads the Congressional Hispanic Caucus’ political action committee, which has called for Padilla’s appointment, has been a longtime political ally of the secretary of state. Padilla, 47, could potentially represent California for decades, building the political clout that comes with seniority, Cárdenas said.

Cárdenas noted that Padilla has been elected to two terms as secretary of state, proving that he can win a statewide election in California — essential because the person appointed must defend the seat in the 2022 election.

“Whoever is appointed is literally going to have to hit the ground running,” Cárdenas said.

Mindy Romero, director of the USC Center for Inclusive Democracy, said those outcomes primarily resulted from the shortfalls of the individual candidates or the strengths of their formidable opponents.

Sanchez’s campaign was hamstrung by her gaffes and Harris’ strong backing by California’s Democratic establishment. And though Feinstein was dealt a stinging embarrassment when De León was awarded an endorsement by the state Democratic Party, De León ultimately was unable to overcome the senior senator, long a California political institution.

“It was just a hard hill to climb,” Romero said.

Whomever Newsom appoints should expect to face a fierce challenge in two years, even from within their own party.

Becerra, who was appointed state attorney general when Harris, his predecessor, was elected to the Senate in 2016, found that out firsthand. In the primary, Becerra beat back a challenge by then-Insurance Commissioner Dave Jones, a California Democratic Party stalwart.

Two potentially formidable Democratic challengers could be Reps. Adam Schiff of Burbank, who took center stage in President Trump’s impeachment trial, and Katie Porter of Irvine, known for her dramatic grilling of corporate executives and government officials during congressional hearings. Both have amassed campaign war chests and enjoy visible public profiles, essential when running in a state as large as California.

Moreno said Newsom’s choice to replace Harris needs to be someone who can weather such a challenge.