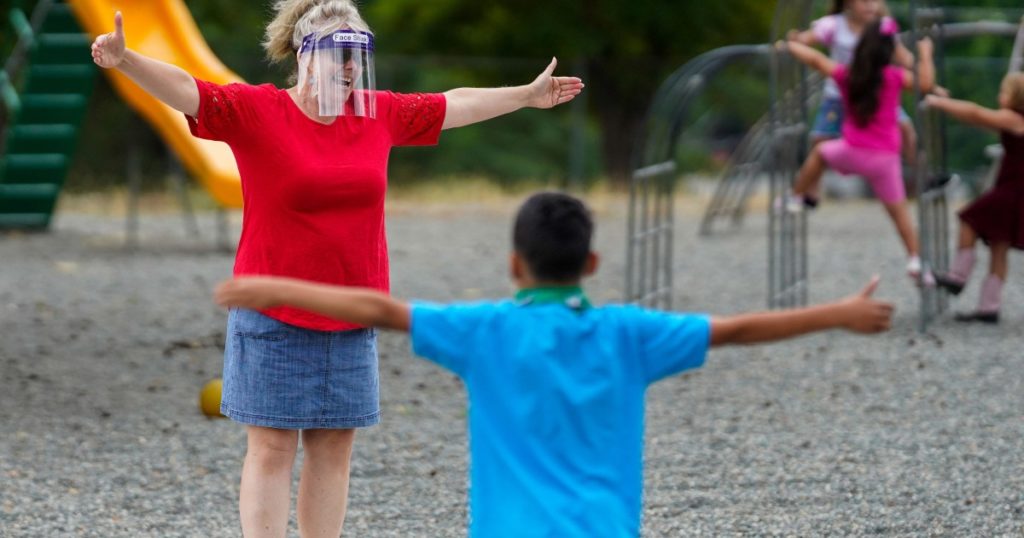 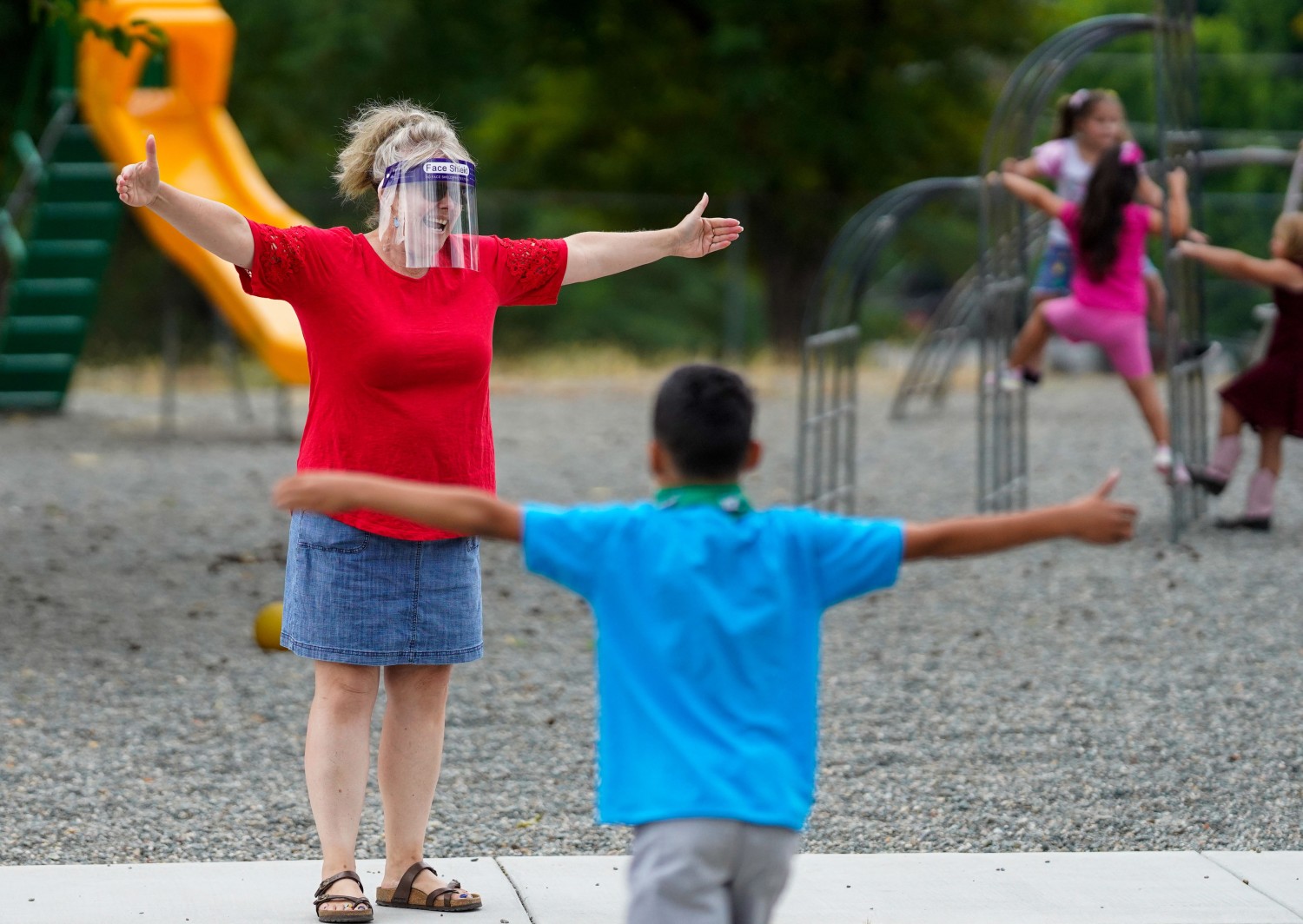 Gov. Gavin Newsom on Wednesday is expected to announce a $2-billion package of financial incentives to encourage a return to in-person classroom instruction for California elementary school students as early as mid-February, an effort that would support frequent COVID-19 testing for students, teachers and staff.

The proposal won’t immediately open any additional school campuses, given the bleak public health conditions across most of the state, and it remains unclear just how quickly many districts will qualify, especially those in large urban areas in Southern California and the San Francisco Bay Area.

Newsom’s plan, expected to be submitted to the Legislature as an adjustment of the state budget for the current fiscal year, prioritizes returning students in kindergarten through the second grade to the classroom as well as others with special instruction needs. The remainder of elementary school students could return as early as sometime in March. It remained unclear when older students would return to campuses.

Education sources familiar with Newsom’s idea, who spoke to The Times on condition of anonymity because they were not authorized to speak publicly about it while awaiting the official announcement from the governor, said a number of questions remain unanswered. They said administration officials plan to make the local implementation plans subject to collective bargaining agreements between labor unions and officials in each district.

Education advocates may be particularly worried about the details of how the plan is funded. The proposal includes the $2 billion as part of the funding guaranteed to schools under the California Constitution — which means the money for coronavirus testing and other needs would otherwise be spent on a variety of existing school programs.

In November, superintendents from some of California’s largest school districts — including the Los Angeles Unified School District and Long Beach Unified School District — sent a letter to Newsom urging him to establish common statewide standards for school reopenings, including testing requirements. social distancing criteria and employee protections. Newsom’s plan does not appear to provide those mandates.

The announcement comes after months of demands for Newsom to lay out a more far-reaching, statewide set of guidelines for when K-12 campuses would reopen. The governor’s most notable decision on when to resume in-person learning, unveiled in July, still left the final decision in the hands of individual school districts as virus transmissions decreased in a number of California communities in early fall.

Critics have said the result was an ever-widening gap between schools with resources, largely in affluent communities, and those serving lower-income families and left to full-time remote learning. Those criticisms also noted that a number of private schools were the ones to open first, and have been allowed to remain open even as local public health conditions have worsened.

Earlier this month, a group of prominent Democrats in the Legislature demanded a plan to tightly link the return to in-person learning with reduced local virus transmissions. Legislation introduced earlier this month would require school districts to open campuses in California counties that are removed from the most restrictive “purple” tier of COVID-19 protections. Current policy makes it optional for schools to reopen in the less restrictive tiers.

The funds for the new effort will be included in Newsom’s budget proposal for the coming year, to be unveiled next week. Legislative analysts and the governor have estimated a large windfall of tax revenue — of $15.5 billion or more — resulting from a smaller than expected drop in personal income taxes paid by Californians. Some of the surprise revenue will, under longstanding rules, automatically be spent on public schools, but lawmakers could add more cash to that total in support of the governor’s proposal and other efforts.