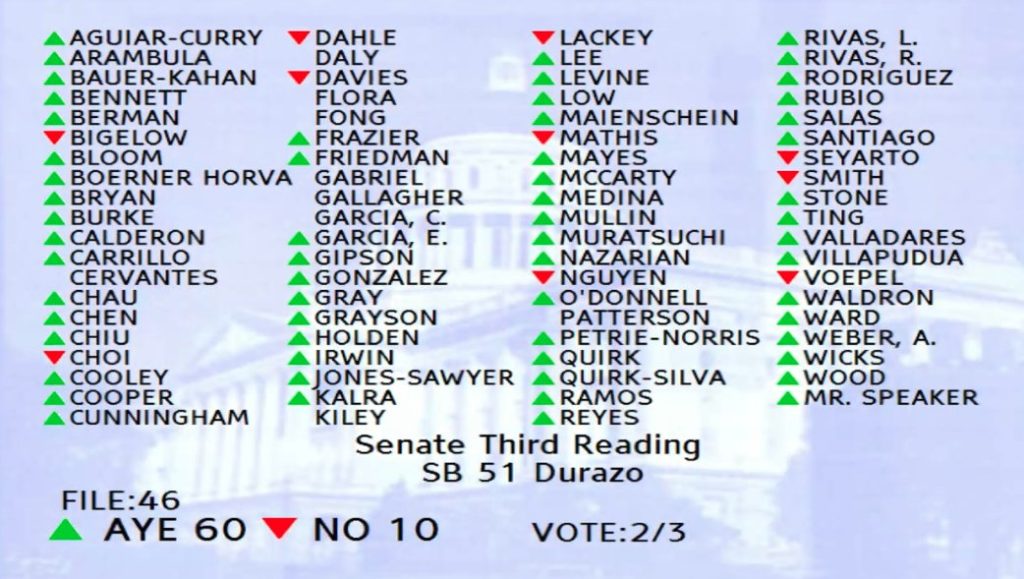 Last week, Governor Gavin Newsom signed S.B. 51, state legislation that changes a four-decades-old law that governs how Caltrans-owned residential properties along the 710-corridor will be sold. Critics contend that the changes will make it harder for tenants, some of whom have lived in the properties for forty years, to purchase the properties. The legislation’s author, Senator Maria Elena Durazo, contends the legislation will make it easier to preserve the existing stock as affordable housing for current and future generations.

In the 1970s Caltrans purchased properties along the I-710 Corridor in Northeast Los Angeles, Southern Pasadena, and Pasadena, including hundreds of houses and apartment buildings. In 1979, California passed the Roberti Act of 1979 (or just Roberti). It created a process by which Caltrans would sell the properties should the I-710 extension or tunnel projects not move forward.

The project was cancelled in 2017.

S.B. 51 clarifies and changes Roberti in two important ways. First, it only allows the sale of the properties to existing renters, the municipalities themselves, or organizations that preserve affordable housing. Second, it disallowed co-ops consisting of existing renters from being able to purchase the properties in which they live as a group without competing against other potential buyers. This second provision oddly only applies in El Sereno, not Pasadena or South Pasadena.

Residents of Caltrans-owned properties in all three cities have banded together under the banner of United Caltrans Tenants (UCT) to provide mutual aid to each other, legal support when Caltrans doesn’t fulfill its obligations as a landlord and advocacy power in Sacramento. UCT lobbied against S.B. 51 (Streetsblog article, podcast) holding events in their communities and testifying (remotely) during legislative hearings in Sacramento. Last week, they held a demonstration after Newsom signed S.B. 51 into law.

So why did Durazo, known as an advocate for the working class, introduce and back a measure that is despised by hundreds of tenants that will be directly impacted by it? Advocates with UCT are not sure, noting that there was not any communication from Durazo’s office and no response to their feedback and proposed amendments.

In a statement to ABC News, Durazo’s office declared, “S.B. 51 does not prohibit tenants from forming a housing-related entity and attempting to purchase the properties as a collective.”

“Housing-related entities” are defined by Caltrans as organizations that, after purchasing a property, would rehab the property, offer to rent it to existing tenants, and then maintain the rest as affordable housing stock. Durazo’s point is true. However, prior to S.B. 51, renter-created co-ops had a right of first refusal. After S.B. 51, a renter-created housing-related entity would be competing against other such groups, including non- and for- profit developers.

“…recently proposed S.B. 381 (Portantino, 2021) which would even enhance and clarify co-op purchase rights, but only in South Pasadena,” UCT continued in a statement. UCT is urging that S.B. 381 language be expanded to include not just the areas in South Pasadena, but also the ones in El Sereno and Pasadena.

S.B. 381 has passed the full Senate and the Assembly Housing and Community Development Committee and can be picked up by the Senate Appropriations Committee after the summer recess.