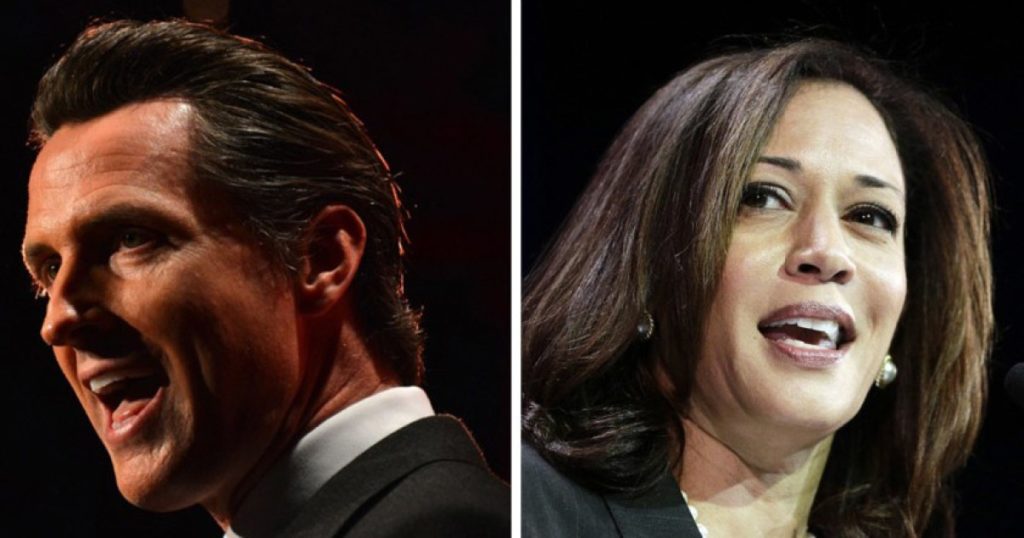 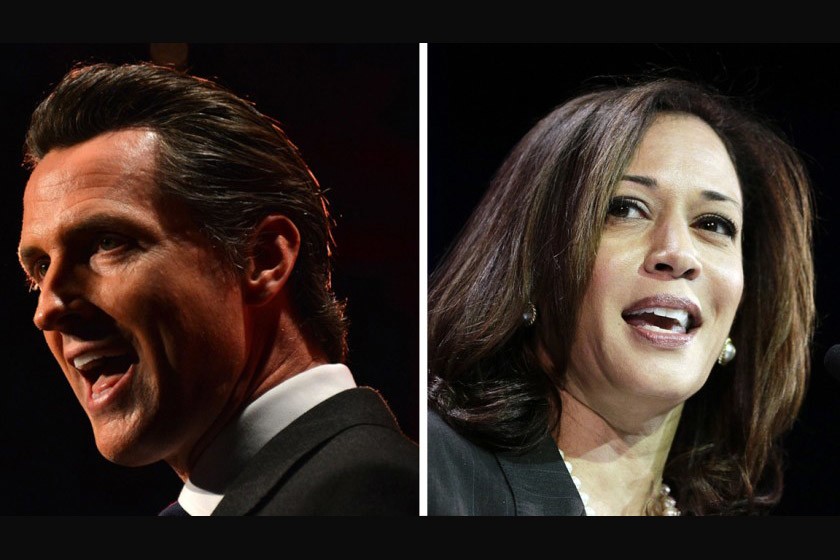 I mean, how much fun is it to be California’s governor these days?

Well, probably more fun than it would be to move your family to Washington, D.C., and become a junior one-of-100 in a fractured chamber that will most probably still be controlled by Republicans.

But in Sacramento, the governor is bogged down fighting the surging pandemic and angering voters no matter what he does. He’ll be wrestling an unstable boom-and-bust revenue situation as the state’s economy suffers from a pandemic-induced recession. He may need to butcher some popular programs. And he can’t seem to get a grip on homelessness.

So why not jump jobs by grabbing a coveted Senate seat? He’d resign and be appointed by his successor, Democratic Lt. Gov. Eleni Kounalakis.

“If I were Newsom, that’s the first thing I would do,” Brown told me. “I’m 53 and I have ambition. And I have a friend who is already vice president and she’ll probably be the ‘first’ Californian. But I would like to be the ‘second’ Californian. I could live longer in that status as a senator than as a governor. So, I would be playing practical” politics.

Brown is referring to the fact that being governor is a term-limited job. You’re booted after two four-year terms. Senator is potentially a lifelong job if you can keep getting reelected to six-year terms.

But whoever replaces Harris in the Senate will need to run for election in 2022 if that person wants to keep the office. How receptive would voters be to Newsom if he walked off his gubernatorial post after manning it for only two years?

Brown noted that if Newsom remains governor, he’ll need to run for reelection in 2022 anyway.

“There’d be fewer negatives associated with being senator than with running the state of California,” Brown said. “He has to deal with wildfires, deal with COVID, deal with budget problems, the downturn of the economy.”

Brown preceded Newsom as San Francisco mayor and was a legendary state Assembly speaker, holding that powerful post longer than anyone in history. He was the first Black California speaker and is one of the state’s all-time most skillful politicians.

But it’s highly unlikely Newsom will follow Brown’s advice about the Senate seat. Being California governor is too powerful and prestigious a job to voluntarily give up.

And although it wouldn’t be as easy as selecting himself without needing to be elected by voters, California’s other Senate seat is almost certain to be open in 2024. Sen. Dianne Feinstein will be up for reelection and she’ll be 91. Everyone expects her to retire. Newsom would be in the middle of his second term — a good time to run for the Senate from a position of power.

But now he needs to fill the Harris seat.

There’s speculation about many wannabes. But the consensus shortlist is headed by Secretary of State Alex Padilla, 47; Atty. Gen. Xavier Becerra, 62, and U.S. Rep. Karen Bass, 67, of Los Angeles.

If Newsom picked either of the state officeholders, he’d get a bonus by also being able to choose their successors.

Newsom prioritizes making history. And with either Padilla or Becerra, he would be choosing California’s first Latino senator — in a state where Latinos have become the largest ethnic group.

With Bass, Newsom would be replacing a Black woman with another Black woman, which Brown says the governor should do if he appoints anyone.

He’s under heavy pressure to name someone who’s Latino, Black or Asian American, and preferably another woman. He could also make history by appointing the first LGBTQ senator from California.

“Unless he can find a multiracial woman in a same-sex relationship, he’s going to disappoint some people,” says Dan Schnur, a USC and UC Berkeley political science professor who was Gov. Pete Wilson’s chief spokesman.

Schnur thinks Newsom should consider appointing a “caretaker” who would promise not to run for the job and hold it until voters elected a replacement. Then the governor wouldn’t be anointing someone and gifting a huge advantage of incumbency for the election campaign.

“Leveling the playing field and letting voters pick Harris’ replacement themselves would be in line with our democratic ideals,” Schnur says. “And it would take Newsom off the hook.”

Rose Kapolczynski, who was former Democratic Sen. Barbara Boxer’s longtime political strategist, says “the safest path for Newsom is to appoint a caretaker and let the dozen likely candidates make their case to the voters in 2022. It would be a vigorous Democratic primary.

Who would be a good caretaker and promise not to run for the office? Some retired pol who was old of age but still mentally agile and tired of running.

“I couldn’t afford it,” Willie Brown says. A senator is paid $174,000 a year. Brown makes more consulting and sitting on corporate boards.

You can expect Newsom to use all his power and have fun filling the seat with a political ally — most likely Padilla.