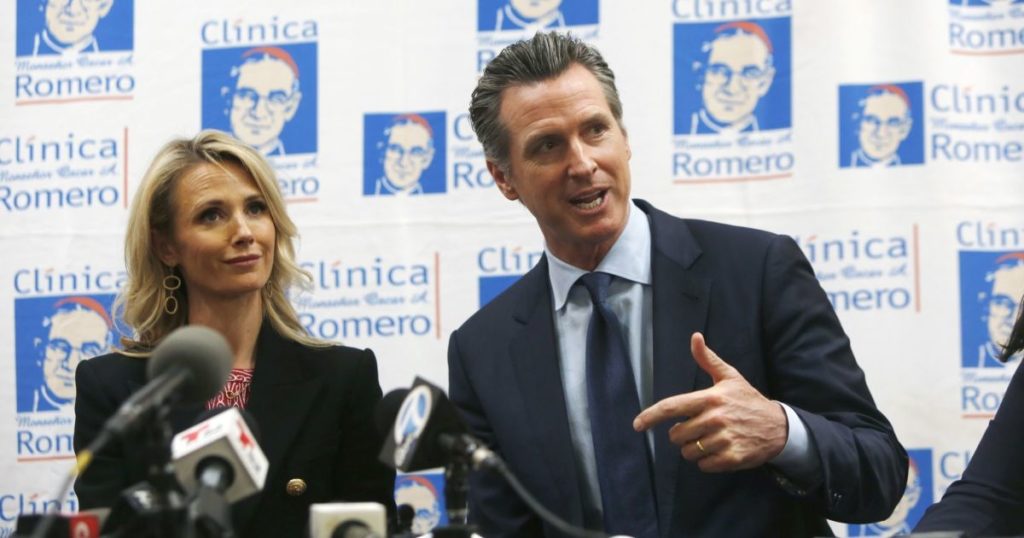 Gov. Gavin Newsom said Friday that he should have stayed home and not attended a dinner with other households at an upscale Napa Valley restaurant as COVID-19 cases soar across the state.

“While our family followed the restaurant’s health protocols and took safety precautions, we should have modeled better behavior and not joined the dinner,” Newsom said in a statement.

Newsom and his wife Jennifer Siebel Newsom attended a birthday party for his political advisor Jason Kinney at the French Laundry in Yountville on Nov. 6, according to the San Francisco Chronicle. The paper wrote that a total of at least a dozen people from more than three different households attended the gathering.

The governor’s office confirmed Newsom’s participation in the event and said the dinner was held outdoors at the restaurant.

“This was a small, intimate, 12-person dinner held outdoors with family and a few close friends to celebrate a 50th birthday,” said Molly Weedn, a spokeswoman for Kinney. “The restaurant was open for normal dining, consistent with state and county health guidance. All of the restaurant safety protocols were adhered to — and the guests followed those protocols.”

California’s COVID-19 safety guidelines limit the number of households at a private gathering, but do not explicitly impose those same rules on restaurant patrons.

State guidelines updated in November allow private gatherings of no more than three households in a park or outdoor space. Rules for dining say restaurants should “limit the number of patrons at a single table to a household unit or patrons who have asked to be seated together,” without stating any limits on the number of households that can sit at a table.

The revelation of Newsom’s restaurant outing came at a particularly awkward moment on the same day his administration issued new guidance calling for Californians to limit their exposure to those outside of their immediate family as the state grapples with another surge of the coronavirus. To date, California has reported more than 1 million confirmed cases of COVID-19 and 18,000 deaths — counts that officials fear could grow rapidly if families gather for the Thanksgiving holiday in two weeks.

Earlier this week, several counties saw their COVID-19 restrictions in their communities increase as they were moved to the state’s “purple” tier, indicating greatest risk of coronavirus spread. One of those counties was Sacramento, where the governor and his family live.

Dr. Mark Ghaly, the governor’s health and human services secretary, declined to specifically address Newsom’s decision to attend the birthday dinner with others on Friday.

“We have the guidance and the tips for a reason,” Ghaly said of the call for fewer and more cautious group gatherings. “We believe they are the strategies to keep ourselves and our communities safe and we hope, and expect, people to take them seriously.”

The governor’s office did not immediately answer a question regarding Newsom’s plans for Thanksgiving.