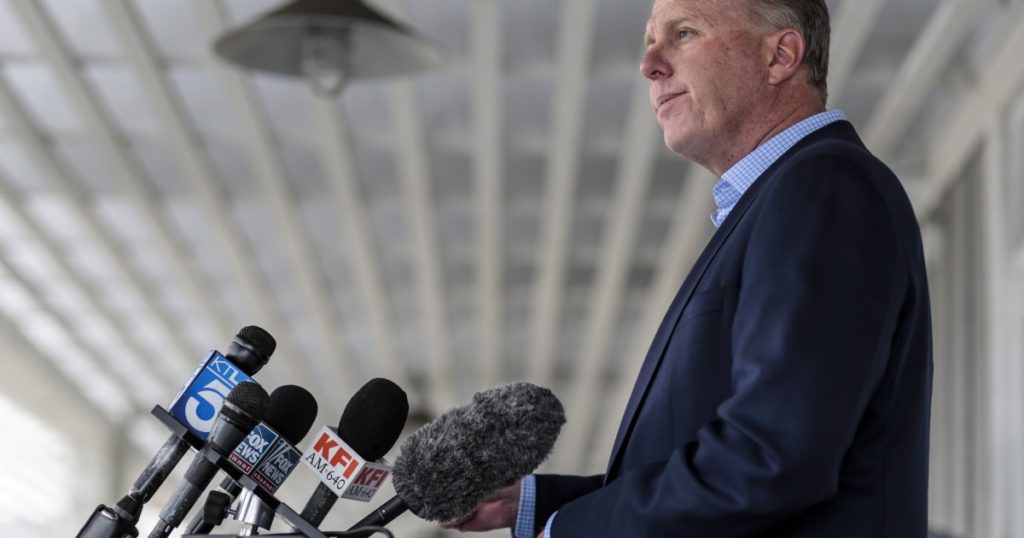 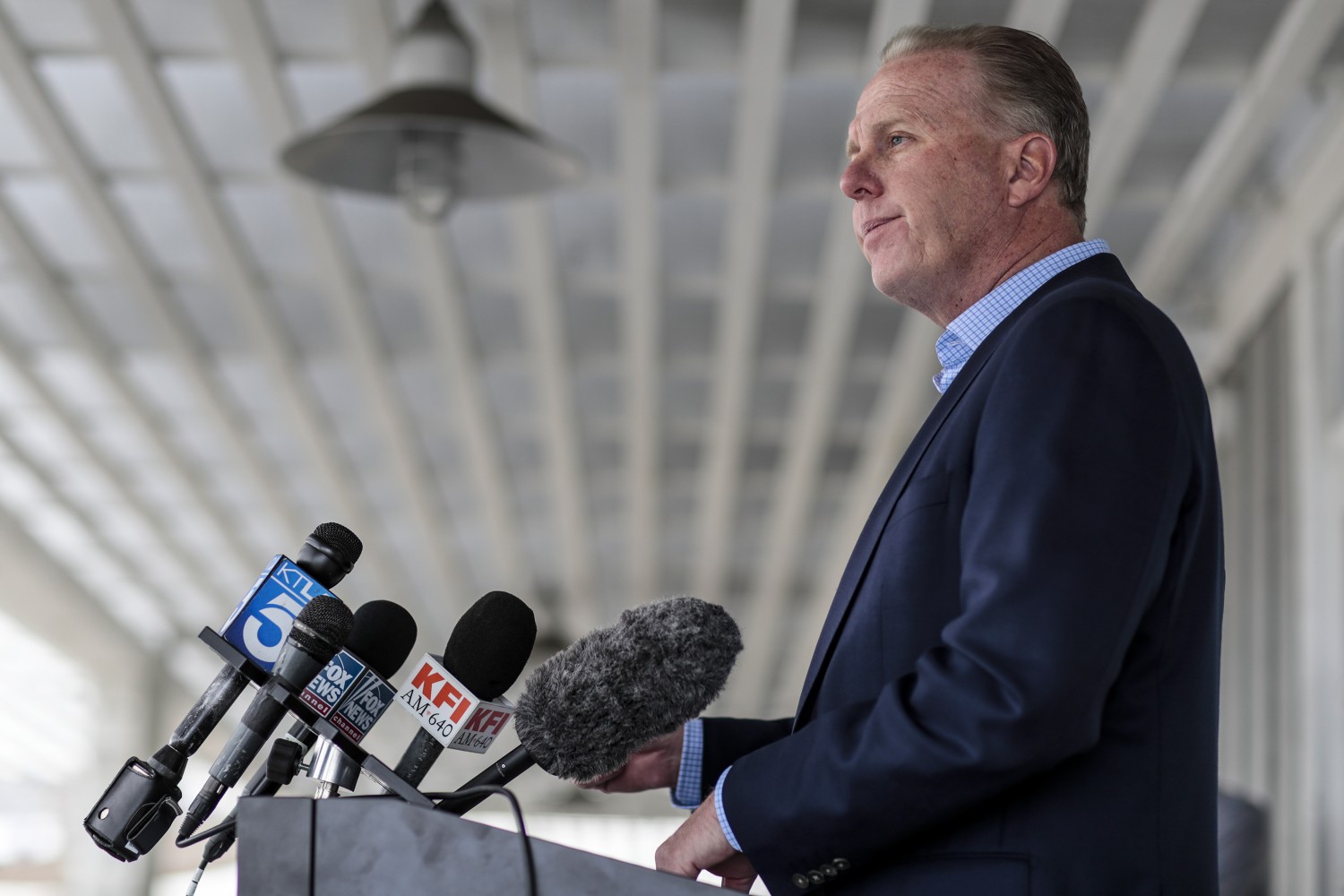 Republican gubernatorial candidate Kevin Faulconer plans to unveil a tax plan on Wednesday that would eliminate state income tax for individuals who make less than $50,000 and families that earn less than $100,000.

“It’s really the largest middle-class tax cut in California history,” said the former San Diego mayor, who said the tax savings could pay for eight months of utilities, eight months of groceries or 92 tanks of gas. “Middle-class Californians are the ones who need that tax relief. People are voting with their feet, and they’re leaving our state.”

Faulconer, 54, who is running in the recall election to replace Gov. Gavin Newsom, plans to formally announce the proposal at a news conference Wednesday in Downey.

Under his plan, individuals making up to $1 million would receive some state tax reduction, meaning that his proposal would help 11 million households in California.

The plan would blow a $15-billion hole in the state budget, Faulconer says, and would be backfilled by the state’s $75-billion budget surplus.

“I think that gets to the heart” of the problem, Faulconer said. “We are collecting too much from Californians. We ought to allow Californians to keep that hard-earned revenue in their pockets, so we can make our state more affordable.”

Newsom, 53, announced Monday that he is using part of the surplus to send $600 checks to low-income and middle-class families, one plank of a $100-billion economic stimulus plan.

Faulconer faulted the effort for not being permanent and said it was driven by Newsom’s campaign to avoid being recalled.

“One time is not enough,” he said. “This is about lasting relief for California.”

If Faulconer is elected, his proposal would require approval by the state Legislature, which is controlled by supermajorities of Democrats in both houses. He said he would win them over as he did while mayor of San Diego.

“I’m used to working with Democratic supermajorities, and I’m a big believer that you use the power of the office to go out and win the argument, publicly, and then you can win the vote,” Faulconer said. “And I will tell you this, I strongly believe that this is not about partisanship. This is about leadership. Democrats are hurting, independents are hurting, Republicans are hurting, and it’s time to have a governor that recognizes that our state is too unaffordable.”

The recall campaign has seen a number of flashy media events in recent days, notably businessman John Cox, 65, touring the state with a 1,000-pound Kodiak bear named Tag and Olympian-turned-reality-television star Caitlyn Jenner, 71, receiving a disproportionate share of attention because of her celebrity.

Jenner has pledged to veto new tax increases, and Cox has called for slashing state income taxes, but neither has offered details about their proposals.

A new UC Berkeley-Los Angeles Times poll that was published Tuesday found that 49% of voters oppose the recall, while 36% support ousting Newsom; Faulconer and Cox are tied in the race to replace the governor with the support of 22% of voters each. Jenner had the support of 6% of voters.

Faulconer argued that he was the sole GOP candidate offering substantive policy proposals.

“That’s what Californians are looking for right now,” he said. “It’s not about theatrics; it’s about how you’re going to help the state and bring our state together.”