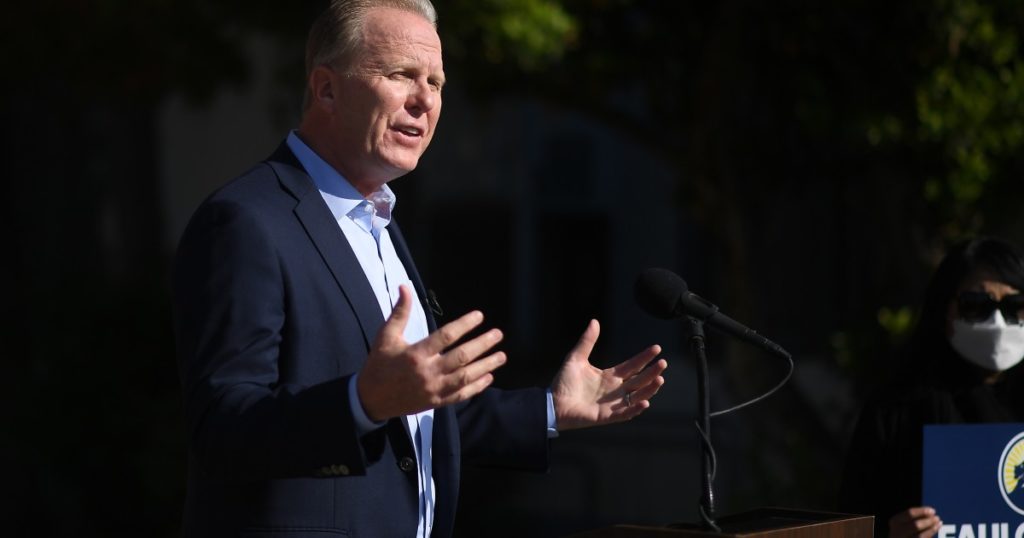 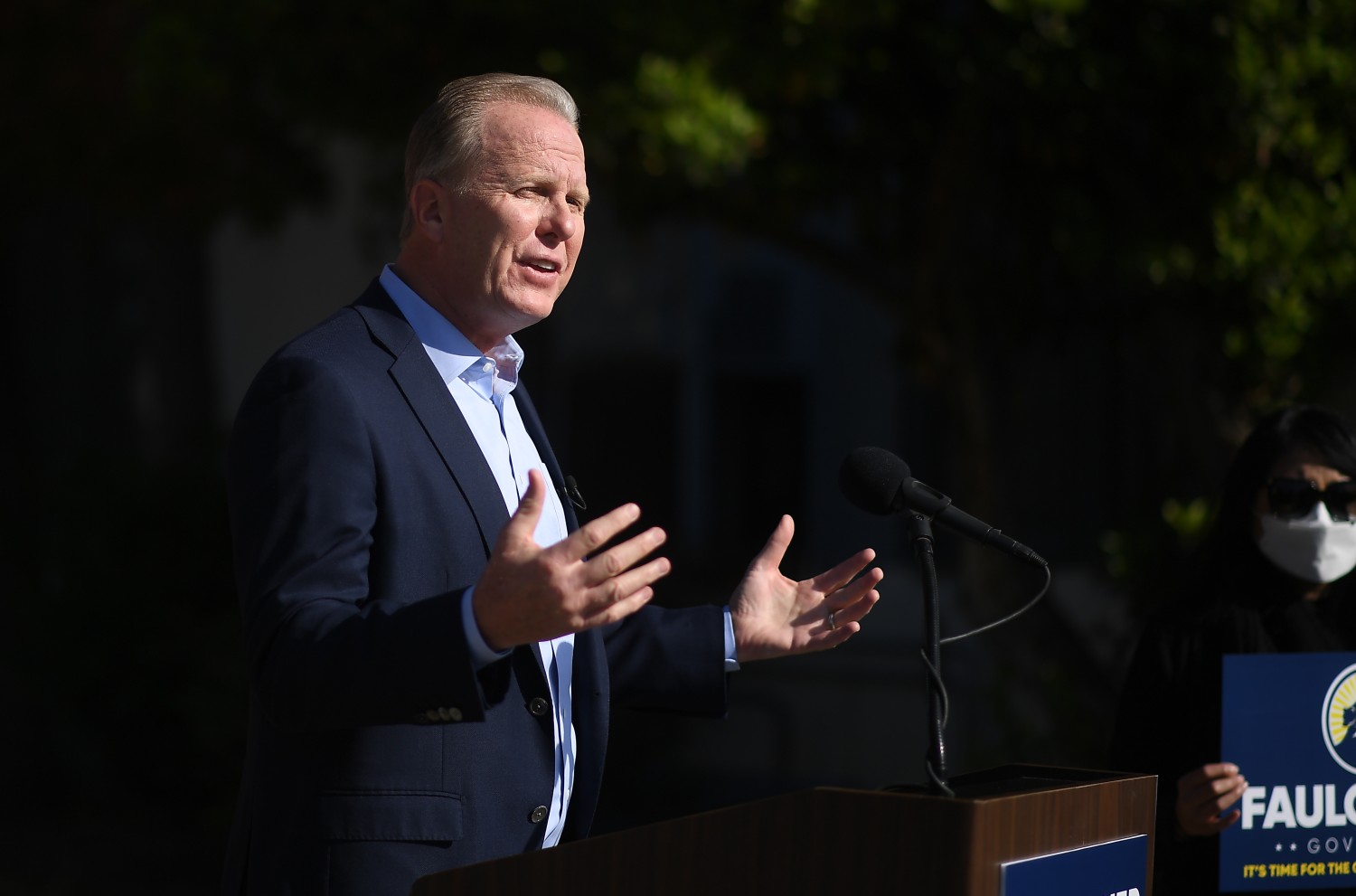 Republican gubernatorial hopeful Kevin Faulconer released a plan to address homelessness on Tuesday that would couple the creation of more shelters across California with significantly stricter enforcement of no-camping laws in public spaces.

The former San Diego mayor’s proposal is modeled after actions he took in that city to reduce the number of people living on the street by 12% at a time when encampments were on the rise, but drew criticism for his reliance on law enforcement to clear them from sidewalks.

“I did not allow tent encampments on the sidewalk, because we care about people,” said Faulconer, who intends to run in the recall election to replace Gov. Gavin Newsom. “If you let people live in a tent on your streets and sidewalks, you’re condemning them to die in that tent.”

Under his plan, Faulconer would use an executive order to form a state-run network of temporary shelters on state property and push for a “right to shelter” law that could allow local governments to bar people from sleeping in streets, parks and other public spaces once they have been offered a shelter bed.

He also proposes extensive clearing of homeless encampments, facilitated by homeless outreach workers and local law enforcement who would encourage unhoused people to accept shelter and services. Those who refuse would face citations or arrests.

The six-page document does not provide cost estimates but calls for a mix of federal and local funding, and an ongoing stream of state dollars. Permanent housing would be prioritized for the state’s 11,000 homeless veterans, and government-run mental health programs would receive an audit.

“I believe that every human being has a right to shelter, and when we provide that shelter you have an obligation to use it,” Faulconer said. “The status quo under this governor is absolutely failing, and we need to intervene to help people dealing with mental illness or addiction get into a place where they can actually get up.”

An estimated 160,000 people are homeless in California according to point-in-time counts, a population that has grown by over 39% over the last five years and disproportionately affects low-income Black and Latino Californians.

Last week, Newsom finalized an agreement to spend a record $12 billion to address homelessness, in part to expand a program to convert vacant motels and other buildings into permanent housing. It also includes a flexible funding stream to local governments at a cost of $1 billion a year.

Launched during the COVID-19 pandemic, Project Homekey created nearly 6,000 new units of housing at roughly half the per-unit costs of new construction. Last year, the governor also called for a constitutional amendment that would force cities and counties to house homeless Californians.

He also called for additional enforcement of laws prohibiting public camping and drug use, blaming the state for its “Housing First”-oriented homeless policy that does not predicate permanent housing on resolution of mental health or substance use issues.

The governor and his recall challengers are likely to have a shorter timeframe to convince voters of the virtue of their plans now that lawmakers approved legislation to expedite a vote. An election date is expected to be set as early as this week.