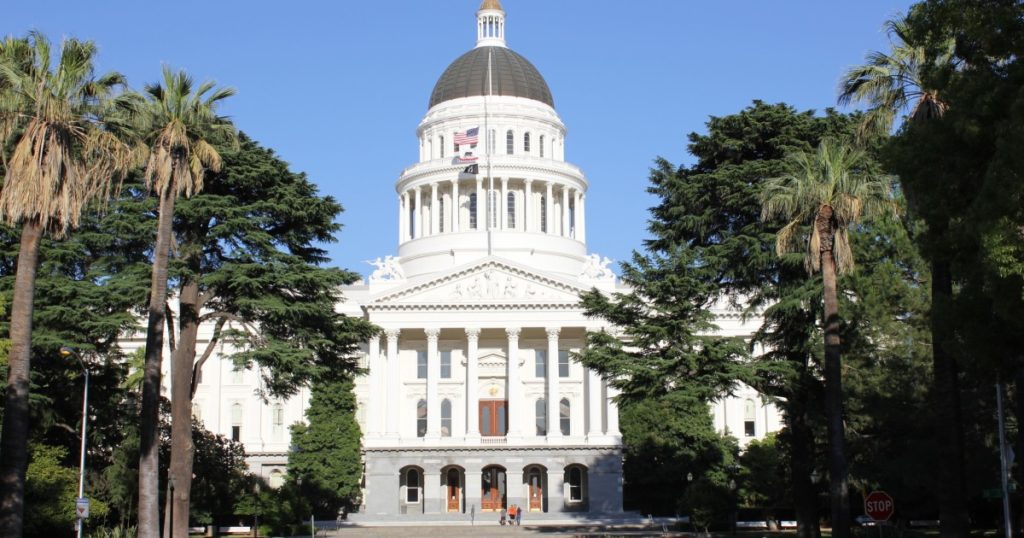 Along with a substantially increased police presence, fencing and other barricades have been erected around California’s Capitol as a precaution. Last week’s insurrection in Washington was carried out by radicalized supporters of President Trump, incited by his unsubstantiated claims that widespread voter fraud cost him the November election.

“In light of events in our nation’s capital last week, California is taking important steps to protect public safety at the State Capitol, and across the state,” Newsom said in a statement released Thursday afternoon.

“We’re treating this very seriously and deploying significant resources to protect public safety, critical infrastructure and 1st Amendment rights,” Newsom said. “But let me be clear. There will be no tolerance for violence.”

Officials have provided few specifics about the new security measures being put in place, and have not disclosed whether they have received any specific intelligence about planned violence in Sacramento. Newsom said earlier that the state will take all precautions necessary in the days leading up to President-elect Joe Biden’s Jan. 20 inauguration.

The California Highway Patrol, the law enforcement agency charged with protecting the Capitol, denied a permit request for a “Let Freedom Ring” rally at the Capitol on Sunday that organizers said could attract 3,000 people. No other rallies or activities are permitted for this weekend or in the days before the inauguration.

Usually bustling with activity, the state Capitol has been largely closed to the public because of the COVID-19 pandemic.

The California Highway Patrol has blocked off the immediate area surrounding the building and limited access to the Capitol grounds. Since Biden’s election, CHP and local Sacramento police have enhanced their presence around the Capitol and police have closed surrounding streets to through traffic.

Brian Levin, director of the Center for the Study of Hate & Extremism at Cal State San Bernardino, said that those who track extremist movements are not seeing evidence of a large-scale action planned in Sacramento.

Levin said organized actions are more likely in states with open carry laws, or places where Trump supporters have been vocal about debunked theories of election fraud, including the Pacific Northwest, Georgia, and midwestern states including Ohio and Pennsylvania.

But Levin also cautioned that the violent insurgency in Washington may have emboldened lone actors, or small groups of extremists. There is concern among California authorities, he said, that those individuals could plan violence on secondary targets, such as the homes of government officials or public buildings away from the state Capitol, largely acting alone. For that reason, Levin said, calling in the National Guard is “wise.”

“[It’s] the wild card, the do-it-yourselfers, that I am concerned about,”Levin said. “I am concerned about someone who not only dined at an ideology buffet, but who also seeks some kind of notoriety or is unstable and gloms on to the shiny object of the week.”