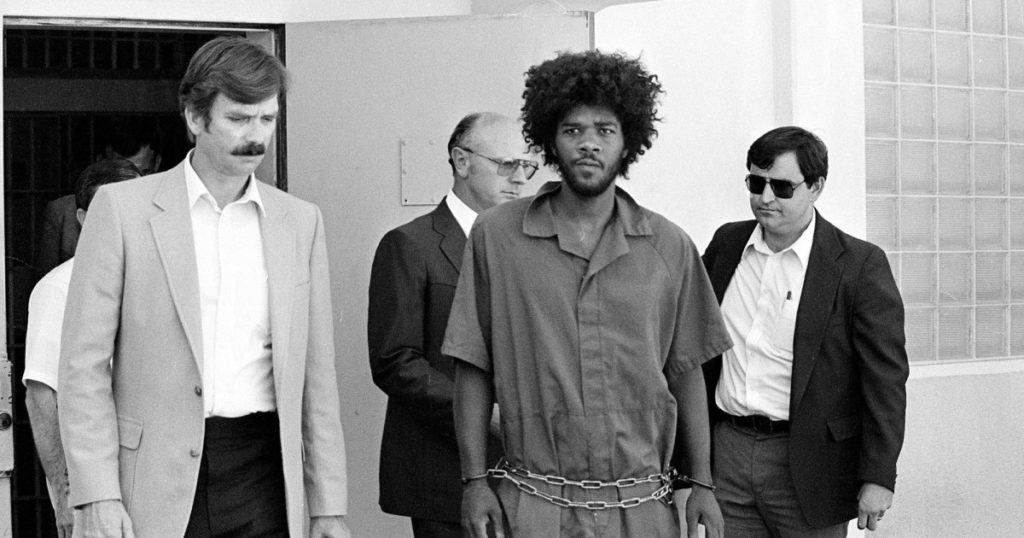 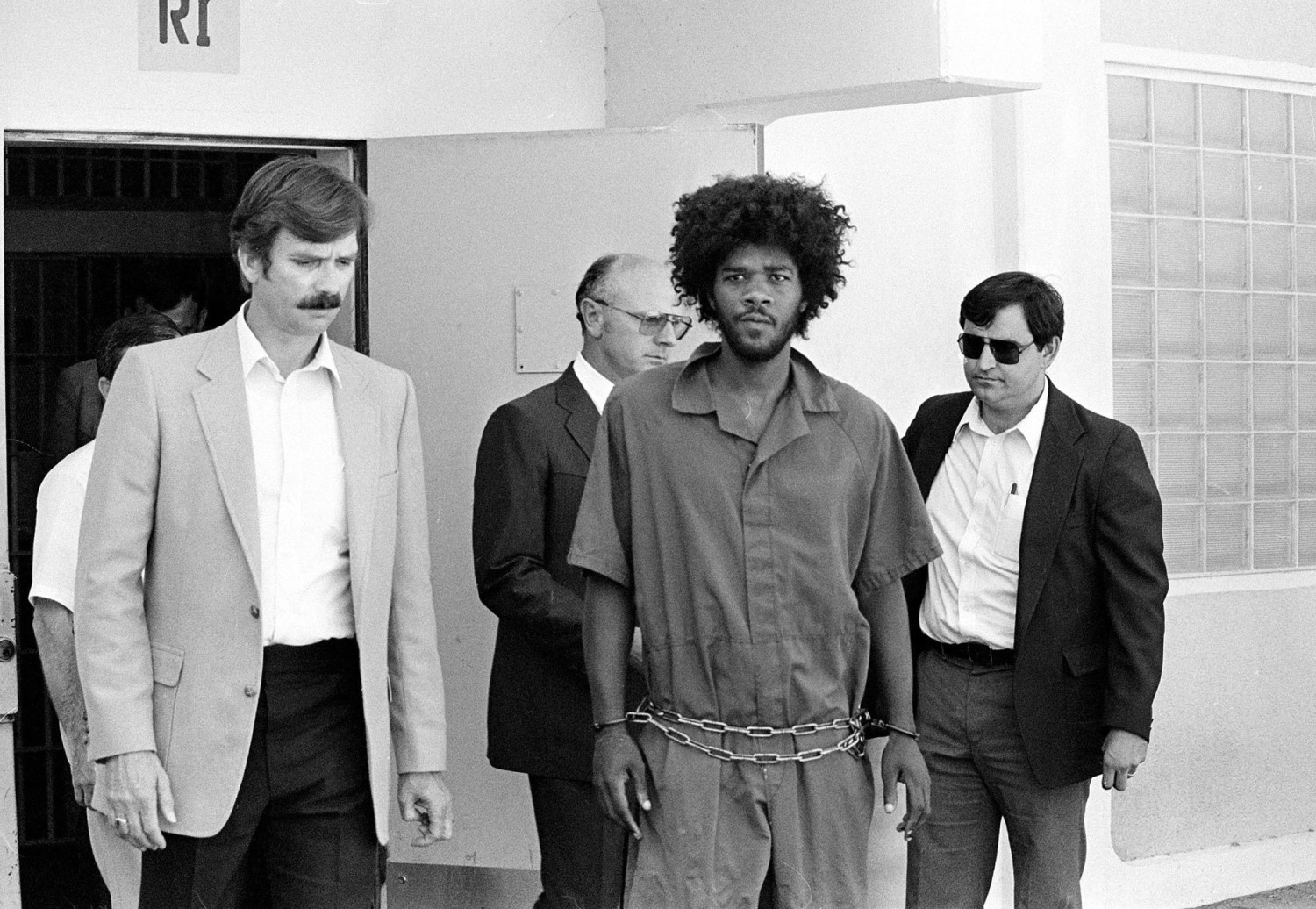 Gov. Gavin Newsom on Friday ordered a comprehensive, independent investigation into the case of Kevin Cooper, whose high-profile quadruple-murder conviction three decades ago has been under intense scrutiny for years.

The investigation will review “the facts underlying the conviction” and “all available evidence” as well as Cooper’s trial and subsequent appeals, a sweeping expansion of Newsom’s action two years ago when he ordered additional DNA testing on evidence in the case.

Newsom, in an executive order released Friday afternoon, appointed the international law firm of Morrison and Foerster to serve as special counsel to the state Board of Parole Hearings and conduct the investigation. The inquiry is in response to Cooper’s pending application to the governor for clemency and “claims of innocence.”

The governor said he is taking the action, in part, because the San Bernardino County district attorney’s office and Cooper’s defense attorneys “have starkly different views” on the interpretation of the new DNA evidence and the reliability and integrity of that evidence.

In the order, Newsom said he is not taking any position regarding Cooper’s guilt or innocence.

Cooper’s attorneys, who have been asking for an outside group to investigate the case since filing for clemency in 2016, applauded Newsom’s action.

“We are gratified that the governor has ordered an independent investigation,” said Norman Hile, an attorney representing Cooper. “We are confident that a thorough review will demonstrate that Kevin Cooper is innocent and should be released from prison.”

San Bernardino County Dist. Atty. Jason Anderson said the new DNA evidence confirms that Cooper is guilty of the murders, and he criticized Newsom for ignoring the findings of the jury in Cooper’s criminal trial and decades of judicial decisions that confirmed his guilt.

“We would ask the executive branch to respect the findings of 38 years of decision making within the judicial branch that’s confirmed Kevin Cooper’s guilt beyond a reasonable doubt every time,” Anderson said. “There are no unanswered questions. So for this to be ordered is inappropriate.”

As governor, Newsom has been a strident opponent of capital punishment. Just months after taking office, he imposed a blanket reprieve for all California death row inmates and pledged no executions would take place while he was governor.

Friday’s order comes almost three months after the National Assn. for the Advancement of Colored People urged the governor to launch an “innocence investigation,” saying there was mounting evidence that cast doubt on Cooper’s guilt and the impartiality of the investigation and prosecution.

“Mr. Cooper is a Black man who has served over 35 years on death row, notwithstanding serious concerns about the integrity of the state’s case and the risk that it was marred by racial discrimination. The grave doubts about Mr. Cooper’s guilt have only worsened over time,” the letter, from the NAACP’s Legal Defense and Educational Fund, stated.

Cooper has maintained his innocence throughout and has accused law enforcement of planting evidence and ignoring statements by witnesses that could have helped exonerate him. He has lost more than a dozen appeals and was scheduled to be executed in February 2004 when he received a last-minute stay from the U.S. 9th Circuit Court of Appeals.

Cooper, 63, was convicted and sentenced to death in 1985 for the slayings of three family members and an unrelated boy, 11-year-old Christopher Hughes. They were found hacked and slashed to death in a Chino Hills home.

Hughes’ father discovered the killings when he went to the home looking for his son. Through the window, he saw the bodies of Doug and Peggy Ryen; their 10-year-old daughter, Jessica; and Christopher. They had been stabbed a total of 143 times with an ice pick, an ax and a knife. The Ryens’ 8-year-old son, Joshua, was slashed across the throat but survived.

Two days before the killings, Cooper had escaped from a prison in Chino, where he was serving a sentence for burglary. Investigators said they found ample evidence — cigarette butts, a button from a prison uniform, a leather hatchet sheath — that showed Cooper had spent two days in a house near the Ryens’ after his escape.

He was arrested about seven weeks after the killings.

At Cooper’s trial, Joshua Ryen gave a videotaped statement saying he saw just one man or maybe a shadow in his home.

But after Joshua was airlifted to a hospital following the attack, he told a sheriff’s deputy and a social worker that his attackers were three white men. An hour later, he said they were Latino. Later that month, the boy told a deputy that Cooper, who is black, was not the killer after he saw the man’s face on television.

At trial and throughout the appeals process, Cooper’s attorneys argued that the San Bernardino County Sheriff’s Department had destroyed or suppressed evidence suggesting that the attackers were three white men, including a convicted contract killer.

In 2018, Cooper’s legal saga attracted renewed interest from judges and former prosecutors, including California Democratic U.S. Sens. Kamala Harris and Dianne Feinstein, who called for advanced DNA testing of evidence in the case. Then-Gov. Jerry Brown agreed and, shortly before leaving office, issued an executive order for the DNA testing.

Cooper’s supporters, some of whom were spurred to action by a New York Times article in 2018, seized on some conflicting evidence in the case, including the witness statement that the attack was carried out by three white or Latino men.

There have been calls for an independent investigation of the case for decades.

In 2004, Lanny Davis, the former counsel to President Clinton who headed Cooper’s defense at the time, said state and local prosecutors who had been pushing for Cooper’s execution were “not in a position to conduct a fair and comprehensive investigation.”

In 2018, four California law school deans called for an independent investigation, saying Cooper’s claim of innocence “has never been fully and fairly evaluated.”