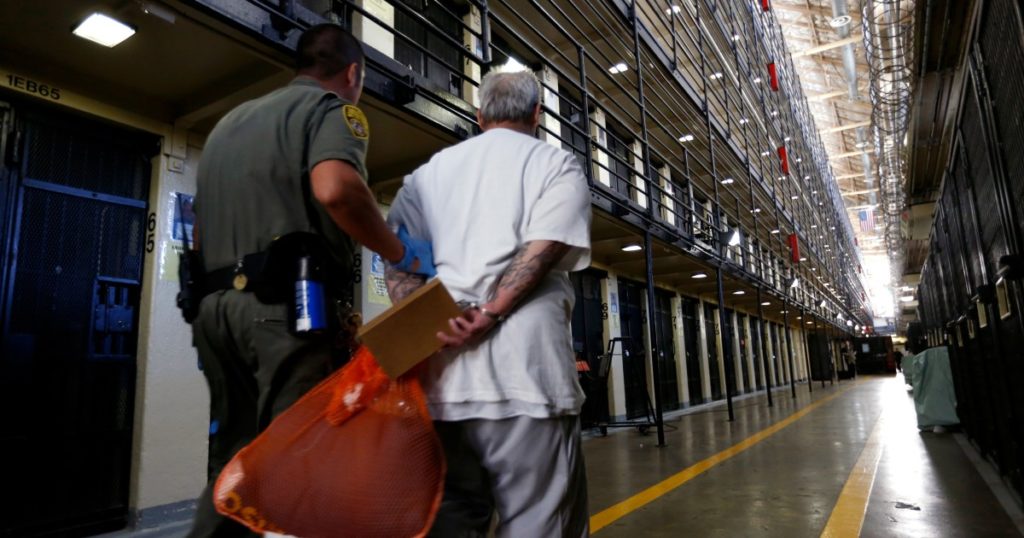 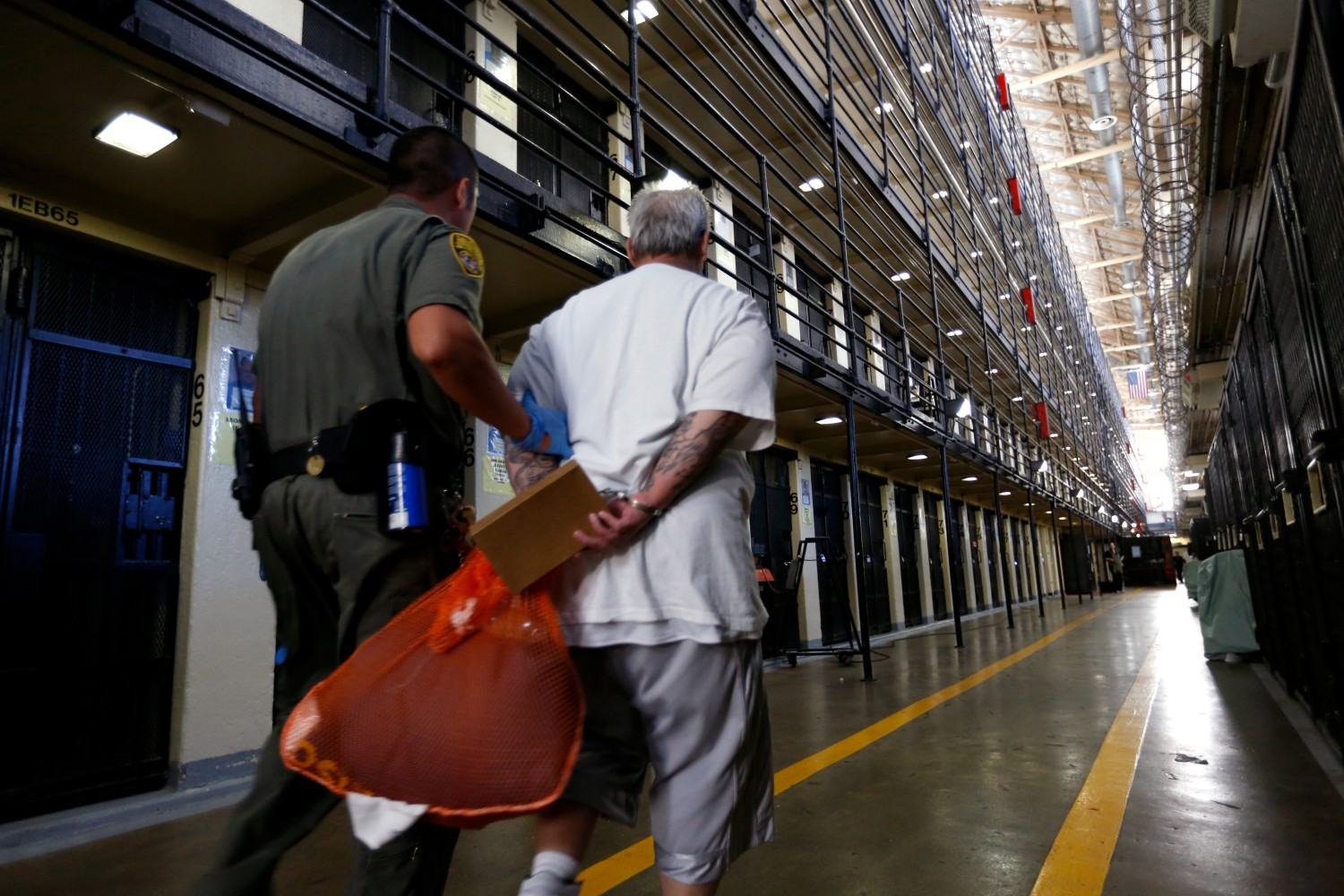 Two years after Gov. Gavin Newsom ordered a moratorium on executions in California, he is preparing to appoint a state attorney general from a field of potential candidates that includes some of the state’s leading critics of the death penalty.

With current Atty. Gen. Xavier Becerra up for Senate confirmation as President Biden’s secretary of Health and Human Services, criminal justice reform activists have recommended for the job candidates including a district attorney who has stopped seeking the death penalty in murder cases and elected officials who have backed unsuccessful ballot measures to repeal capital punishment.

Newsom staked out his position in 2019 when he issued an executive order placing a moratorium on executions, despite the death penalty remaining legal and part of the state Constitution. The order at the time affected 737 inmates on California’s death row.

“Our death penalty system has been — by any measure — a failure,” Newsom said at the time. “It has discriminated against defendants who are mentally ill, Black and brown, or can’t afford expensive legal representation.”

Under state law, all death sentences are automatically appealed to the California Supreme Court for review.

Bill Lockyer, who served as state attorney general from 1999 to 2007, said whomever Newsom appoints to that post has a legal obligation under the California Constitution to enforce the laws of the state — and that includes defending death sentences. Becerra has cited that obligation in defending judgments in capital cases, even though he says he voted for an unsuccessful 2016 initiative to repeal the death penalty.

But as some district attorneys have begun pressing for resentencing death row inmates to life terms, the attorney general is in a position to exercise discretion to side with the local prosecutors, said DeBerry, who was Newsom’s deputy chief of staff when he was mayor of San Francisco.

The way the state’s death penalty is being applied is currently being challenged by a group of five progressive local prosecutors, including two who have been suggested for the attorney general’s job — Santa Clara County Dist. Atty. Jeff Rosen and Conta Costa County Dist.Atty. Diana Becton.

Becton and Rosen signed on to an amicus brief in October that argues the state’s death penalty system has violated the Constitution. The brief notes that the prosecutors “believe that death sentences are arbitrarily imposed under the current California death penalty statutes.”

The two district attorneys also signed a January letter from the group Fair and Just Prosecution asking Biden to stop the death penalty at the federal level.

“The capital punishment system is inherently flawed and is disproportionately applied to people of color and those with serious mental health issues,” said Becton, who is Black.

Rosen, along with the district attorneys in San Francisco and Los Angeles County, has also decided not to seek the death penalty in murder cases.

“In the past, I supported the death penalty when I viewed the heinous murders through the eyes of the victims whose lives had been taken and from their families that might never find peace,” Rosen said when he made the policy change in July. “But I also trusted that, as a society, we could ensure the fundamental fairness of the legal process for all people. With every exoneration, with every story of racial injustice, it becomes clearer to me that this is not the world we live in.”

In 2016, Steinberg joined Newsom and others in supporting Proposition 62, the unsuccessful initiative that would have repealed California’s death penalty and instead made life without the possibility of parole the maximum punishment for murder.

Three years later, Bonta was a co-author of Assembly Constitutional Amendment 12, which would have placed a measure on the state ballot to repeal the death penalty, but the proposal did not advance.

Rick Chavez Zbur, a lawyer championed by LGBTQ leaders for the attorney general post, supported Newsom’s 2019 moratorium on executions, writing at the time in an op-ed published in the Advocate newspaper that “California’s broken death penalty system is neither fair nor equal.”

“It is disproportionately applied to members of society’s most vulnerable communities,” wrote Zbur, the executive director of Equality California, a statewide LGBTQ+ civil rights organization.

The death penalty has also come up in the past for two members of Congress whose supporters have urged the governor to consider them for attorney general — Democratic Reps. Ted Lieu of Torrance and Adam Schiff of Burbank.

“I am opposed to the death penalty,” Lieu said when asked this week. “Studies also show minority defendants are more likely to be sentenced to death than white defendants, which demonstrates an injustice of a punitive measure that cannot be reversed.”

Schiff, a former federal prosecutor, declined to comment Thursday when asked his position on the death penalty. His consideration for the attorney general’s job is opposed in a letter to Newsom sent earlier this month by eight leaders of the criminal justice reform movement, including Melina Abdullah, co-founder of Black Lives Matter-Los Angeles.

The concerns cited by the leaders included Schiff’s vote in 2017 in favor of the Thin Blue Line Act, an unsuccessful bill that would have extended the use of the federal death penalty to people convicted of killing or targeting a law enforcement officer and other first responders.

When Schiff ran for the state Senate in 1996 he supported the death penalty, the Los Angeles Times reported at the time.

In an opinion column published in the Los Angeles Daily News in 2000, Schiff wrote: “I understand that many people have a deeply rooted philosophical objection to the death penalty. I respect their view, although I do not share that view. I have always believed that this most severe of sanctions does deter some criminals from the callous taking of a human life.”

California Supreme Court Justice Goodwin Liu, who has been supported for the attorney general job by a group of prominent attorneys, legal scholars and community leaders, including UC Berkeley Law Dean Erwin Chemerinsky, has had to make decisions in death penalty cases and has been critical of the system.

In a 2019 concurring opinion affirming a death penalty judgment in the case People v. Potts, Liu wrote that capital punishment in California “is an expensive and dysfunctional system that does not deliver justice or closure in a timely manner, if at all” and said it is “long overdue” for a discussion on its effectiveness and cost.

“Since joining this court, I have voted to affirm scores of death judgments, and I will continue to do so when the law requires,” Liu wrote. “But the promise of justice in our death penalty system is a promise that California has been unable to keep.”

Kent Scheidegger, legal director of the pro-death penalty Criminal Justice Legal Foundation, said he fears that Newsom will pick an activist attorney general who will work against death sentences even though capital punishment is legal under California law.

“In my opinion, it’s highly improper for the attorney general to refuse to defend a judgment that is legal and valid simply because he disagrees with the law as a matter of policy. That doesn’t mean he can’t do it,” Scheidegger said.