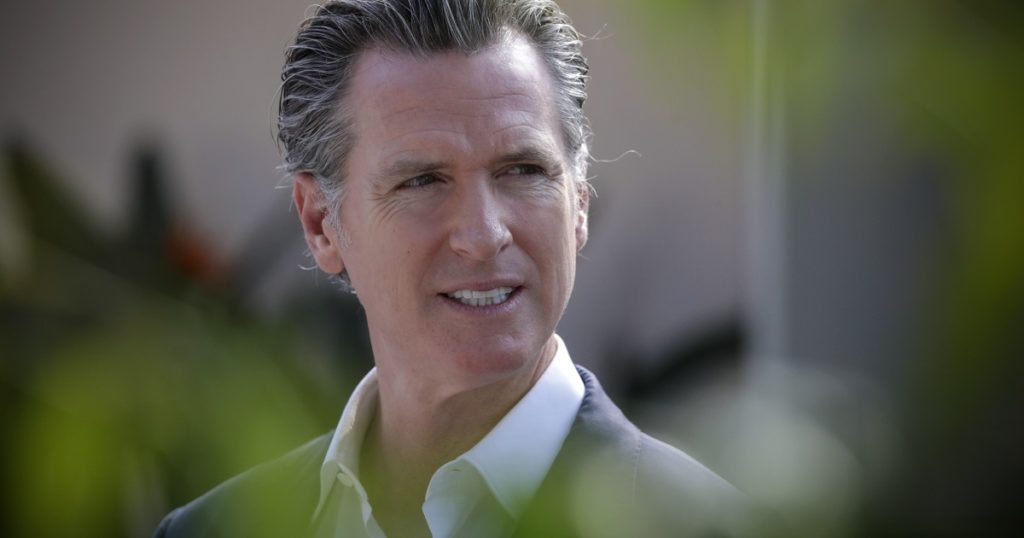 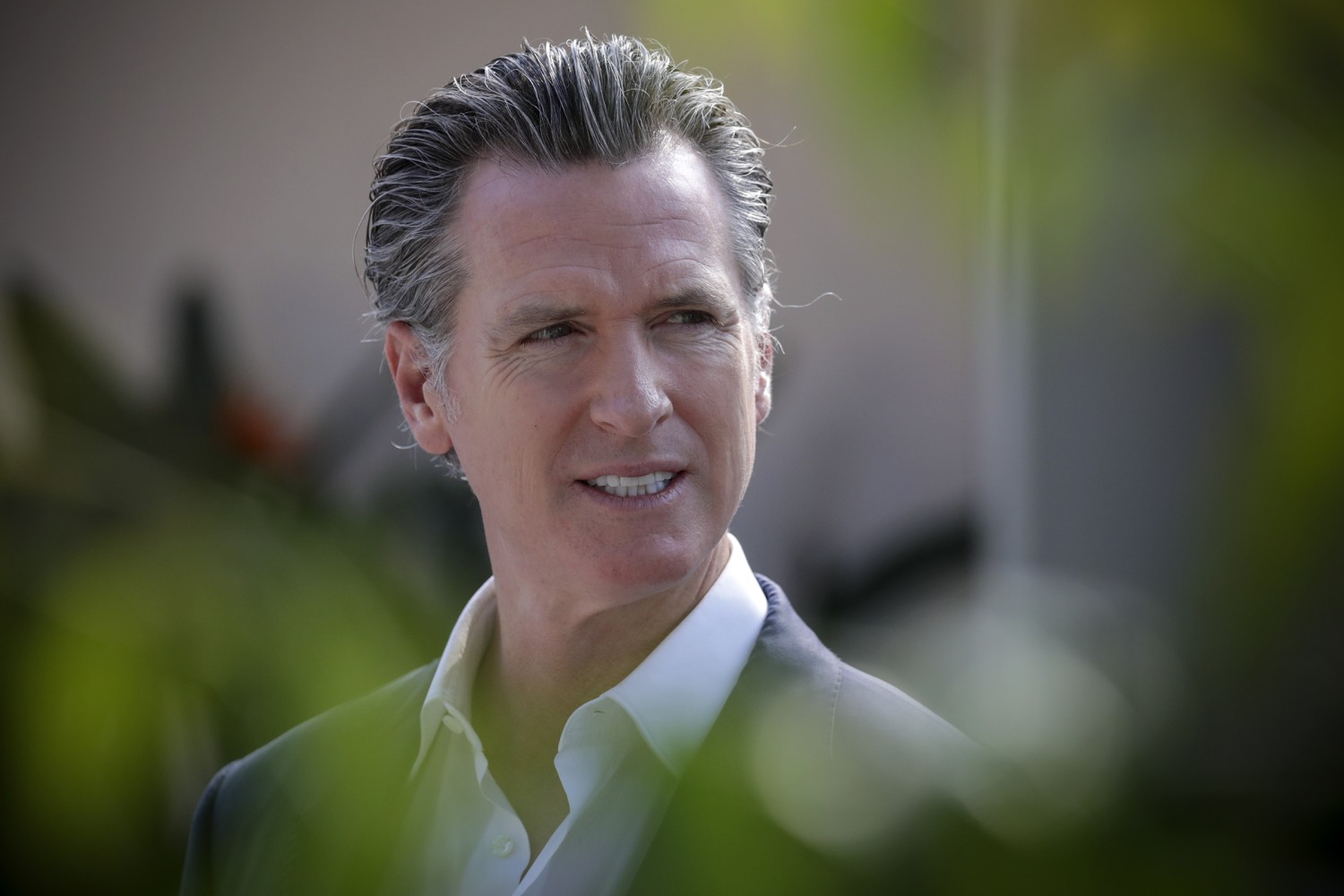 For Gov. Gavin Newsom, the only thing that matters in the recall election he faces is how California voters fill out the part of the ballot that can keep him in office. Whether they understand that they also have the right to select a potential replacement isn’t part of his equation.

But the singular focus of Newsom and prominent Democrats could be a high-stakes gamble with the party’s political and policy agenda. It might also leave millions of voters who soon will receive a ballot in the mail unaware they can cast a vote on both of the recall ballot’s questions — even if their preference is to retain Newsom as governor.

“I think it’s unfortunate that the Democratic Party is not giving voters any guidance on what to do on the second question,” said Kim Alexander, president of the nonpartisan California Voter Foundation. “It’s going to leave a lot of people confused.”

And should a majority of voters cast ballots to expel Newsom, it could produce a new governor chosen by only a small fraction of the electorate.

“I know a lot of very smart people and people who are very engaged in political action who still don’t seem to understand there are two questions on this recall ballot,” said Marcia Hanscom, a longtime environmental activist and state Democratic Party delegate. “And the answers to both of these questions are essential.”

Confusion over the recall’s rules is understandable. It’s been almost 18 years since California’s first statewide recall election, when a majority of voters ousted then-Gov. Gray Davis and a sizable plurality chose Republican Arnold Schwarzenegger as his successor from a list of 135 contenders.

The intervening years have seen a handful of local and legislative recall elections, but the Sept. 14 contest will be the first of its kind for voters who weren’t around in 2003 and haven’t had any experience with the two-question ballot. Many of those new participants may be perplexed, for example, as to why they would be allowed to choose a new governor if they voted to keep the incumbent.

“I can understand why people would wonder,” Alexander said. “It’s a counterintuitive vote.”

While some voters in Los Angeles County will begin receiving ballots this week, most counties will begin distribution a week from Monday. State and local elections officials say they have plans to communicate to voters that the two questions — whether Newsom should be removed and who should take his place in the event that happens — are distinct from one another and can both be answered. But Newsom’s campaign is largely pretending the second question doesn’t exist.

“Leave it blank,” Nathan Click, an advisor to Newsom, said about the replacement election. “Voting no on the recall is the only way to block the Republican power grab and prevent a Republican takeover of California.”

That message, while simple, is misleading. Twenty-two of the replacement ballot’s 46 candidates aren’t registered with the Republican Party: Nine are Democrats, three are affiliated with a minor party and 10 are “no party preference” candidates.

Hanscom, who said she is disappointed that Newsom hasn’t done more so far to address climate change, nonetheless plans to vote against the recall. On the second question, though, she is leaning toward a vote for criminal defense attorney Dan Kapelovitz, one of the two Green Party candidates on the replacement ballot.

“I’m worried that if [Newsom] doesn’t get 50% plus one, then who might we end up with?” Hanscom asked.

Neither Democratic leaders nor the powerful interest groups aligned with the party have given any directives about how to address the ballot’s second question.

The governor’s powerful allies, however, have publicly and privately discouraged established Democrats from throwing their hat into the recall ring. In doing so, they said it was important to avoid a repeat of 2003, when then-Lt. Gov. Cruz Bustamante, a Democrat, urged the party’s voters to reject the recall of Davis but also ran as a replacement candidate as an electoral insurance policy.

No Democrat listed on this year’s recall ballot has the electoral gravitas that Bustamante brought to the 2003 race, in which he finished second to Schwarzenegger. The only Democrat with any measurable name identification is Kevin Paffrath, a Los Angeles real estate investor and host of a self-named YouTube channel who has not held office.

But he is also likely to have a limited reach. A recent poll by UC Berkeley’s Institute of Governmental Studies and co-sponsored by The Times found Paffrath to be the choice of just 3% of likely voters, tied for fifth place with reality TV star Caitlyn Jenner.

The presence of Bustamante and others on the ballot may help explain why so many voters answered both recall questions in 2003. Of the 9.4 million Californians who cast recall ballots that year, only about 755,000 left the second part blank. Far more may do so this time: 40% of all Democrats surveyed in the Berkeley/Times poll said they don’t intend to fill out the second part of the ballot, possibly leaving Republicans to dominate in the race between replacement candidates.

With the deadline for candidates having passed, the only option for those who want another option is a write-in candidacy. The deadline for that process comes at the end of August, though millions of ballots might already have been cast by that point.

An election with disinterested or dispirited Democrats would be a doomsday scenario for the party. It would also be a particularly bitter pill to swallow given that every registered and active voter — more than 22 million Californians — will receive a ballot in the mail, an extension of rules set up for the November 2020 election due to public health concerns over in-person voting during the COVID-19 pandemic.

Voters can choose to instead surrender the mailed ballot and participate in person at a voting location in their county Sept. 14 or a few days before. The month-long voting process is one of the most notable changes from the 2003 recall of Davis, when more than 70% of all ballots were cast in person on election day.

The California Constitution is clear that voters have the right to remove Newsom during his term in office, an amendment added by voters in 1911. Less clear, perhaps, is whether the recall ballot should have two questions. The Constitution states that an election to choose a successor must be held “if appropriate,” perhaps acknowledging that the recall of a member of the Legislature, for example, leaves a vacancy that can be filled only by the voters.

“But it’s not ‘appropriate’ in the case of a governor’s recall, because the Constitution already provides a clear mandate of how a vacancy should be handled,” said Mark Paul, a former deputy state treasurer and author of a book on California government reform.

“The lieutenant governor shall become governor when a vacancy occurs in the office of governor,” Paul said, quoting Article 5 of the California Constitution.

The phrase “if appropriate” was adopted by voters in 1974, drafted by a bipartisan reform commission and removing the 1911 language that explicitly required the list of replacement candidates to appear alongside the question of whether to recall the incumbent. Paul said he believes the current language is ripe to be challenged in court should Newsom lose.

For now, Democrats are focused on changing their odds at the ballot.

Both Democrats and Republicans have been saying for some time that the energy in this election is with Republicans, so members of Newsom’s party have their work cut out for them.

“I’ve always known this was going to be close because of the energy on the Republican side,” said former Los Angeles Mayor Antonio Villaraigosa, who ran unsuccessfully against Newsom in 2018. “And we’ve got a lot of work ahead of us.”