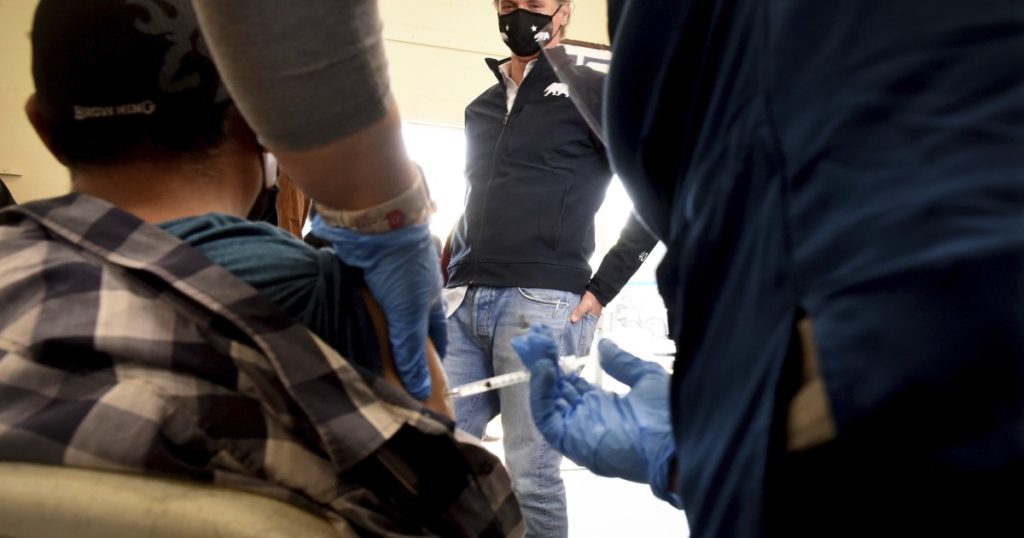 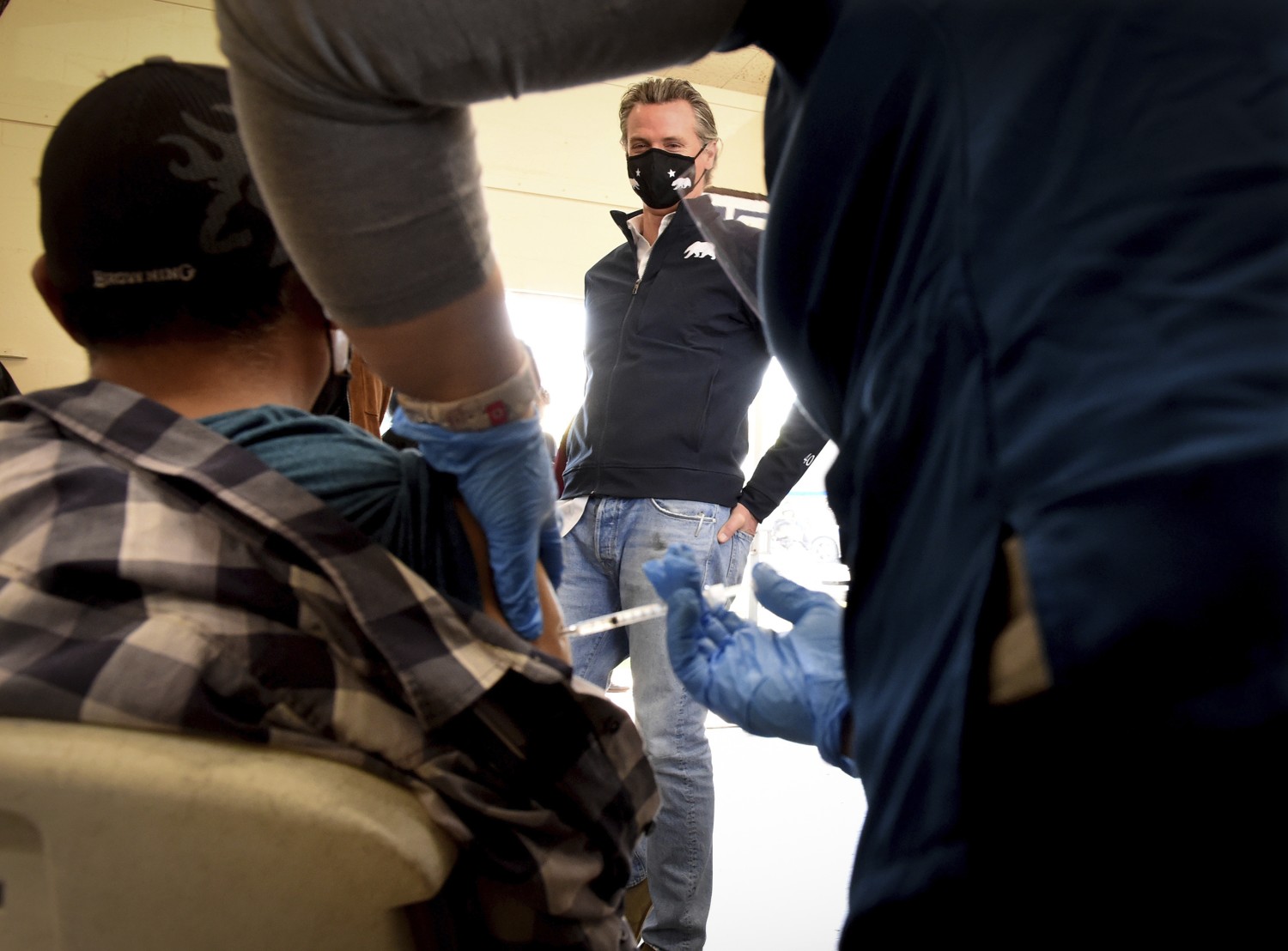 It doesn’t get much better for a politician during a pandemic than to announce that fans can probably return to ballparks when the Major League Baseball season opens.

Especially if you’re a governor threatened with being recalled from office.

Helping to unlock baseball stadiums as season openers approach is guaranteed to be popular and bipartisan. Forget the polarization plague. This gives baseball fans and their families in every demographic group — whether they live in East or West L.A. — something normal to look forward to.

A few worriers might fret about baseball crowds becoming superspreaders of COVID-19, just as the germ is retreating from steadily increasing vaccinations. But Gov. Gavin Newsom says that threat will be met by tightly limiting crowd sizes and requiring safety protections.

How many fans are allowed through the turnstiles will depend on the region’s color-coded pandemic tier. As of last week, the San Francisco Giants were the only California team in the red tier and allowed to seat 20% of the stadium’s capacity and sell food and drinks.

For now, the other teams — Dodgers, Angels, San Diego Padres and Oakland A’s — are in the purple, most restrictive tier and can seat only 100. But there aren’t any games now anyway. And by opening day April 1, Los Angeles, Orange, San Diego and Alameda counties are expected to have advanced to the red tier. Dodger Stadium then could seat 11,200 fans.

Groups will be distanced. And masks must be worn. So, how do fans exercise their inalienable right to munch popcorn and guzzle beer? Masks will need to come off.

“We’re working on the final details,” Newsom announced last week in Long Beach at a vaccination site. “We’ve been working closely with Major League Baseball and others.

“We have confidence that when you look forward to April, to opening day,” Newsom said, “and where we are likely to be if we all do our jobs, if we don’t let our guard down and spike the ball — wrong sport — then I have all the confidence in the world that fans will be back safely.”

Newsom knows his sports terminology. He was a left-handed pitcher for Santa Clara University on a baseball scholarship. He also played football and basketball in high school.

Two days after the governor’s announcement, his administration provided more details. Not only baseball stadiums but also amusement parks such as Disneyland will start reopening April 1.

It was good timing politically because the Republican-backed recall campaign seems on the verge of qualifying for a statewide ballot. The deadline for turning in 1.5 million valid voter signatures is March 17, and recallers say they’re on track to surpass that.

The election probably wouldn’t be held until fall. But merely turning in all those signatures will give the recall drive a huge publicity boost while generating a heap of anti-Newsom rhetoric.

Baseball stands were kept empty during last year’s short season because of the pandemic. Those cardboard cutouts of fans looked silly on TV and were eyesores in my view.

Newsom’s ballpark announcement has been the crown jewel of a seemingly nonstop series of photo ops at vaccination centers and schools around the state — what jaded political watchers often deride as dog-and-pony shows.

The governor is usually flanked by loyal fellow Democrats — frequently officeholders — who praise him and his handling of the pandemic.

These made-for-TV affairs have surely been motivated by the recall threat. But in reality, Newsom likes doing these things anyway. He has been practically everywhere — all over Southern California and the San Francisco Bay Area, and up and down the San Joaquin Valley. Wherever there have been lots of COVID-19 cases — and are blocs of voters.

It’s an easy shot to slam him for politicking. But that’s part of the job description.

“He holds a political job. It’s all about politics,” says consultant Garry South, who was former Gov. Gray Davis’ chief strategist in 2003 when the Democrat was recalled.

“I know he’s getting a ribbing. But I think he’s doing exactly the right thing. The recall folks are trying to base the whole thing on his mishandling of the pandemic. So, the way to counter that is to show every day that you’ve got your arms around it.

“He was lampooned on ‘Saturday Night Live,’” South adds. “I guess that’s a badge of honor.”

Dan Schnur, a political science lecturer at USC and UC Berkeley, and former spokesman for Republican Gov. Pete Wilson, says: “Under most circumstances, these road shows don’t accomplish very much. But the pandemic changes everything.

“Information on the coronavirus is something that every voter cares about deeply. Now that he’s announcing vaccinations instead of shutdowns, showing up on TV screens around the state is a huge net benefit for him.”

Consultant Steve Maviglio, who was Davis’ spokesman during his recall, says what Newsom is doing “is fantastic. Get him out of Sacramento and let him deliver the good news.”

Newsom figured he’d be accused of politicking no matter what he did. So he might as well hit the road, promote himself and attract local TV. Be seen as a leader — for example, by opening ballparks.

Thanks largely to Newsom, soon it will be: “Take me out to the ballgame, take me out with the crowd. Buy me some peanuts and Cracker Jack” — so I can take off my cumbersome mask.