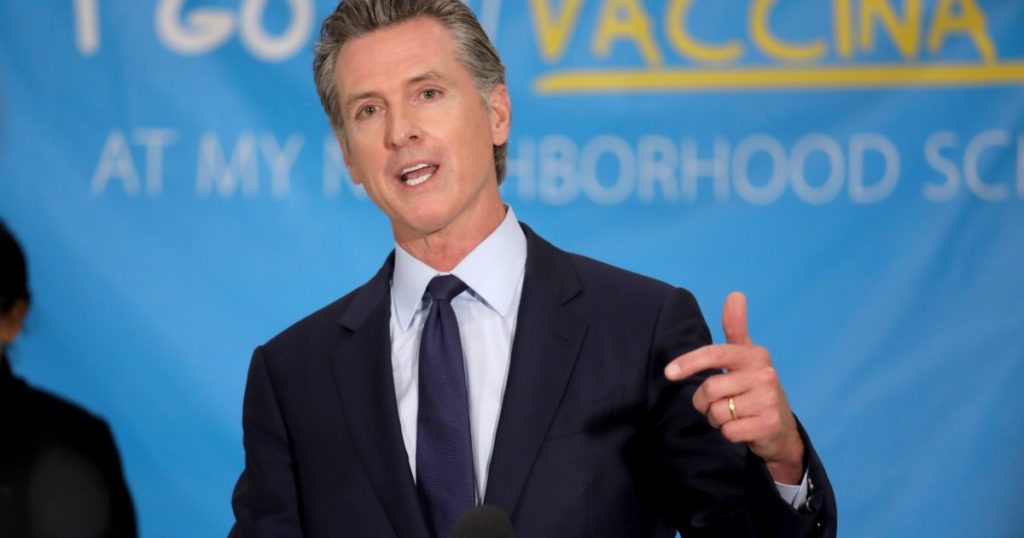 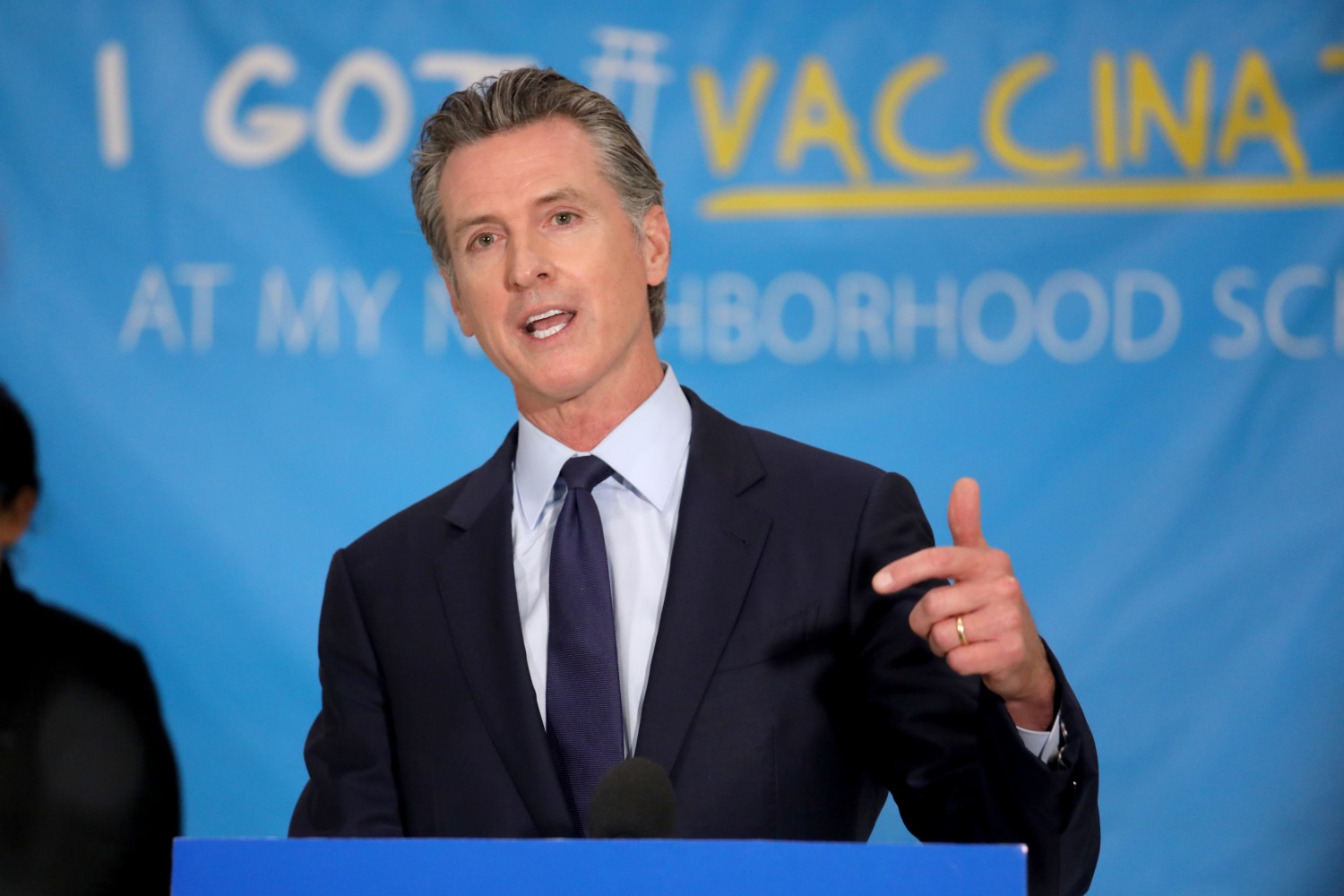 Gov. Gavin Newsom stood on a set designed to look like a game show on Friday and drew winners of the first cash prizes in California’s COVID-19 vaccine lottery, part of an effort to boost immunizations that also gives the governor a chance to give away $116.5 million to potential voters before the recall election.

“Getting from 30 to 40% of people vaccinated, that’s an easy 10%. Moving from 70% of adults to 75% and beyond, that’s stubborn. That’s difficult work,” Newsom said of the state’s vaccination rate. “We are mindful: Good enough never is, and we’ve got a lot of work to do, and that’s really the spirit that brings us here today and the spirit of the hard work that’s being done every single day all throughout the state of California to get out on the streets, boots on the ground and knock on doors and reach people where they are.”

The event was the latest in a series of feel-good announcements from Newsom, whose chances of surviving the recall are tied to the state’s recovery from the pandemic and how voters feel about his leadership when they head to the ballot box.

The governor’s “California Comeback Plan” has been buoyed by record tax revenues and the ability to hand out $8 billion in stimulus checks to struggling Californians. The state’s flush coffers have also allowed Newsom to craft a proposed budget that caters to many of the requests from labor unions and interest groups.

With a clear intent to deliver an upbeat message, Newsom announced Thursday that restaurants and bars could continue to sell to-go alcoholic drinks after the state’s June 15 reopening and followed Friday by giving out 15 cash prizes of $50,000 each to vaccinated Californians.

The mix of cash and gift cards, which Newsom has touted as “the largest prizes of any state in America,” has drawn scrutiny as the governor ramps up his campaign to fight the recall.

Orrin Heatlie, the main organizer of the campaign to recall Newsom, said the governor is wheeling and dealing in an attempt to survive the campaign to oust him. Giving out lottery prizes is just Newsom’s latest gimmick, he said. In May, Newsom promised to deliver $8 billion in new cash payments to millions of Californians as part of a $100-billion economic stimulus plan.

“He’s gambling for people’s votes with our taxpayer dollars,” Heatlie said. “Look at his dramatic change in behavior ever since the realization that we qualified the recall.”

Republican Caitlyn Jenner, who plans to run against Newsom in the recall election, described the incentives as “more bribes from Gavin Newsom trying to buy your votes” when the governor announced the pot of money last week.

Newsom has said the state designed the incentive program in order to increase vaccines before the state’s expected June 15 reopening date. Over 70% of the adult population in California has received at least one dose. Though the state’s vaccinated population is growing, vaccinations have slowed and total immunizations are still below levels experts say are necessary to achieve herd immunity.

Rob Stutzman, former communications director to Gov. Arnold Schwarzenegger, said everything Newsom does leading up to the recall will be seen through a political lens, but called the vaccine lottery a creative way to incentivize vaccines.

Schwarzenegger was known for his theatrics while in office, and Stutzman applauded Newsom’s use of a game show backdrop to improve vaccination rates.

Stutzman noted that Republican Gov. Mike DeWine of Ohio was the first to announce his “Vax-a-Million” incentive prizes.

On Friday, Newsom randomly selected 15 people to receive $50,000 each and plans to draw another 15 names next Friday. Names of the winners were not publicly disclosed in order to protect their privacy.

The state will increase the prize amount on June 15 with 10 cash awards of $1.5 million each. California is also still giving out $50 gift cards to the first 2 million people to get vaccinated since Newsom announced the vaccine incentives on May 27.

It’s unclear if Newsom’s vaccine lottery has made a difference.

The governor’s office said providers have administered 1 million vaccine doses since he announced the incentive program on May 27.

The Newsom administration says the state is administering an average of nearly 129,000 doses per day, but the data is likely incomplete because of reporting delays.