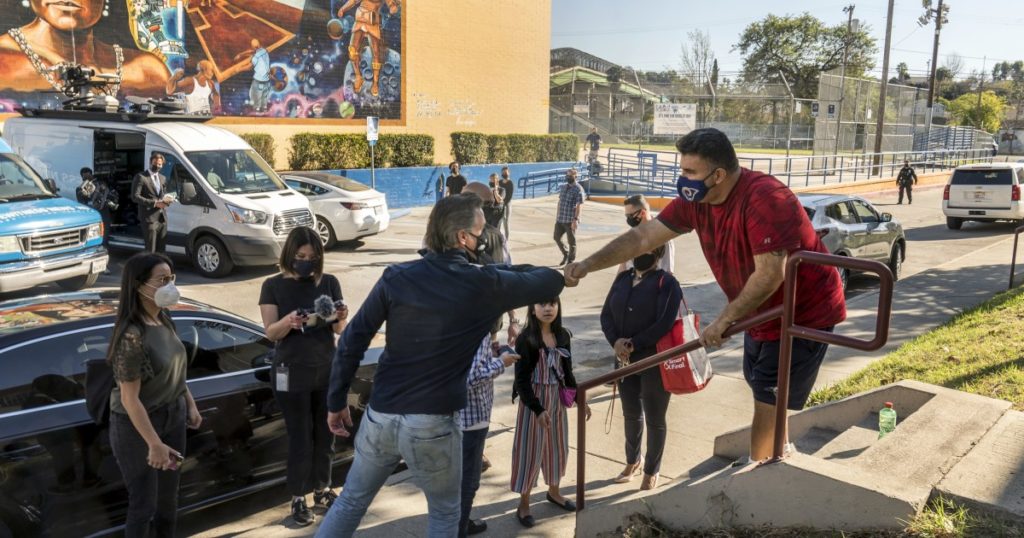 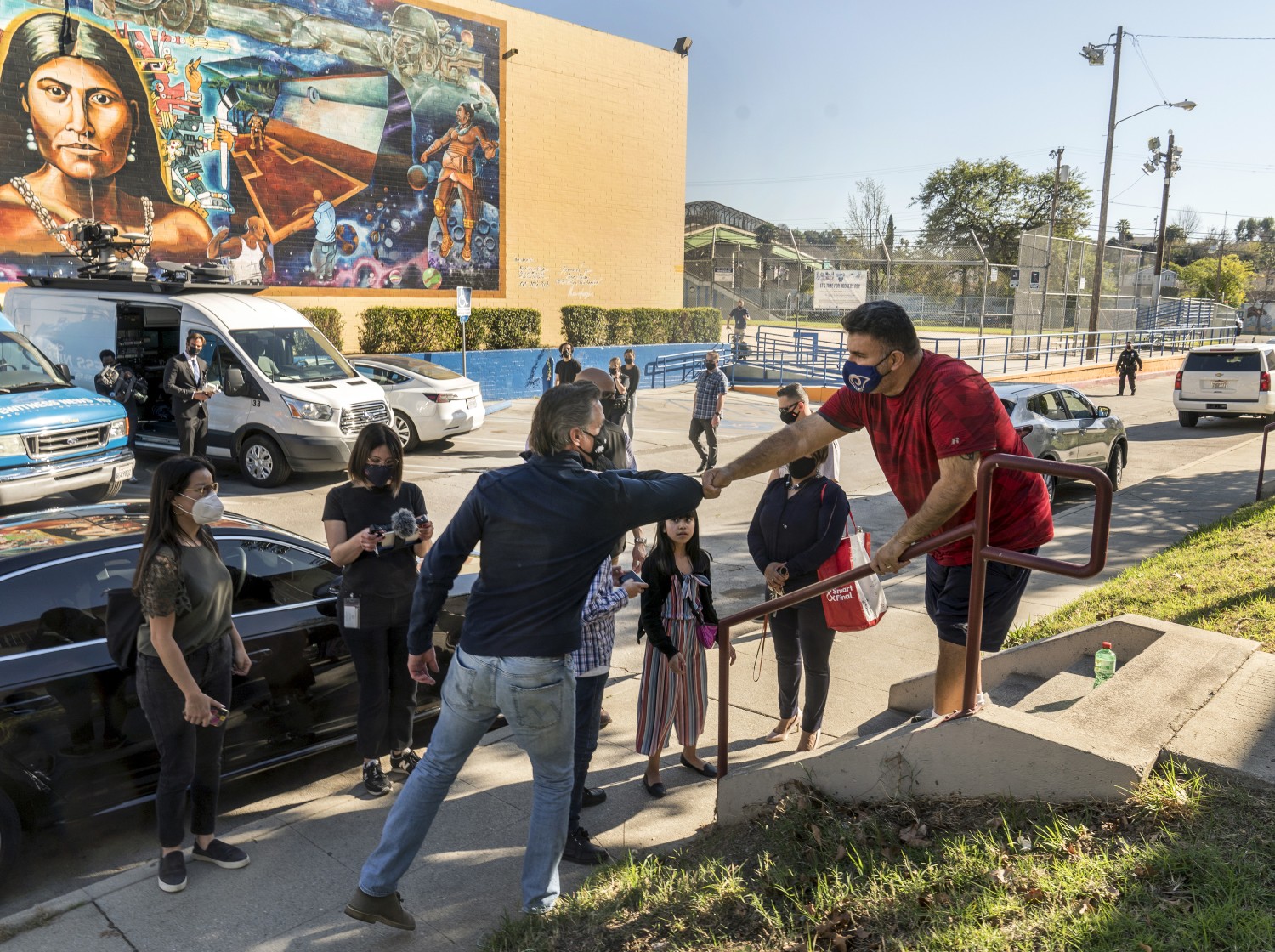 With enough signatures certified to put the recall of California Gov. Gavin Newsom on the fall ballot, the first thing that comes to my mind is one of my favorite Spanish phrases: desmadre.

It’s one of those Swiss Army words that people use to describe different, sometimes contradictory things. So desmadre can be a giant mess. A rollicking good time. Righteous work. A hopeless morass.

California is always a desmadre. But a recall will unleash a a desmadre of democracy that will make the 2003 voter takedown of Gov. Gray Davis seem as solemn as a Supreme Court hearing.

The world will descend upon the Golden State once again and launch a thousand think pieces about why this most consequential of states keeps blowing itself up. Hundreds of millions of dollars in ads, mailers, and social media campaigns will flood our senses for the next couple of months. And the candidates! There will be serious candidates, joke candidates, and dummy candidates, while everyone waits for the inevitable: Antonio Villaraigosa emerging from his walk in the political wilderness like Gandalf from “Lord of the Rings” to proclaim he’ll save us all with his newly grown helmet of curly grays.

It’s going to be a desmadre of desmadres, I’m telling you.

Newsom’s opponents still have a lot of work to do, of course. Polls have consistently shown that a majority of California voters don’t want to boot him from office — not a great place to start for the Recall Newsom folks in a state as overwhelming liberal as ours. No surefire conservative candidate with a winning chance has emerged to take on Gavin the Great the way Arnold Schwarzenegger did back in 2003. If California keeps reopening, and coronavirus cases keep falling, and kids get back into school and the economy rebounds, then the toppling of Newsom will be as likely as a scoop of ice cream keeping cool on the Venice boardwalk come August.

There is one group, however, that can decide the election no matter what happens in the coming months: Latinos. We are the ultimate swing vote in this race, because we can cause the most desmadre.

A March poll by Probolsky Research found that 44.5% of Latino voters surveyed would vote to recall Newsom. Only 41% said they would reject the recall, compared with 49% of white voters, 49% of Asian voters, and 72% of Black voters.

Since Latinos represent almost one-third of eligible California voters, we are the pin that holds the Newsom grenade together. And while I personally oppose the recall, I can see Latinos going either way if recall opponents and proponents are smart enough to speak our language — and it ain’t español or even Quechua.

While most folks suffered last year, few were hit harder than Latinos. We were inordinately slammed with COVID-19 cases and deaths. Economic shutdowns gutted our pocketbooks; school closures affected our kids, who make up more than half of schoolchildren in California public schools.

The public and symbolic face of all this is Newsom, for better or worse. He already wasn’t going to join our pantheon of political heroes like JFK or even Obama. Even the most fresa (frou-frou) of Latinos I know think of him as an elitist who thinks a bit too much of himself. His dinner at the muy fancy French Laundry sealed this thought. If he had instead celebrated his birthday party with a massive burrito at El Castellito in San Francisco’s Mission District, we’d be his fiercest defenders.

Recall proponents understand this latent Latino antipathy better than Democrats. That’s why they’re already portraying Newsom’s actions over the past year as a specific betrayal of Latinos.

“The Latino community has been devastated by this governor’s incompetence,” California Republican Party Chair Jessica Milan Patterson told the Sacramento Bee. “Latinos are fed up with empty words and double standards.”

They’re going to hit this message again and again — ironic considering many of its candidates have won elections by portraying Latinos as leeches. But all that recall opponents have done to try and counter this messaging so far is to claim that QAnon and Proud Boys are the main drivers behind the recall. The strategy only works so much before Latinos start to ask for a more substantive argument.

Democrats better be scared when that happens. For the last quarter-century, they’ve run races in California by doing little more than pointing out the xenophobia of the GOP. They haven’t had to campaign much for our votes — but the Newsom recall will expose their electoral flab and weak muscles. So Newsom’s defenders need to wake up, smell the pozole, and take this recall seriously.

Over the next couple of months, they need to make the case to Latinos that 2020 was an unforeseen aberration that only Newsom can rectify. Latinos can’t afford to take grandiose words for granted as in previous elections; we need to push to make sure promises turn into action instead of the usual desmadre.

Our marriage with Democrats has allowed the party get a supermajority in Sacramento. What has it gained us? U.S. Senator Alex Padilla, sure, but income inequality and educational attainment gaps in California plagued Latinos long before the coronavirus, became worse in the past year, and will probably be exacerbated for decades. Latinos need to scare Newsom’s camp by keeping our options open on the recall question, and show him our bill.

﻿So how about it, Latinos? Ready to rain down some desmadre? With this recall, we have the opportunity of a generation. Let’s decide the recall, and alter both parties forever in the process. Make the Republicans repudiate hate and conspiracies forever and finally act like a legitimate party if they want us to ixnay the Gavin-ay. Force the Democrats to never take us for granted again. We are the last, best hope for either side, so let’s make them work for us like baile folklorico dancers stomping around a sombrero.

All this desmadre brings to mind another Spanish phrase that every Latino voter should think come Special Election Day: No la riegues. Don’t mess it up.